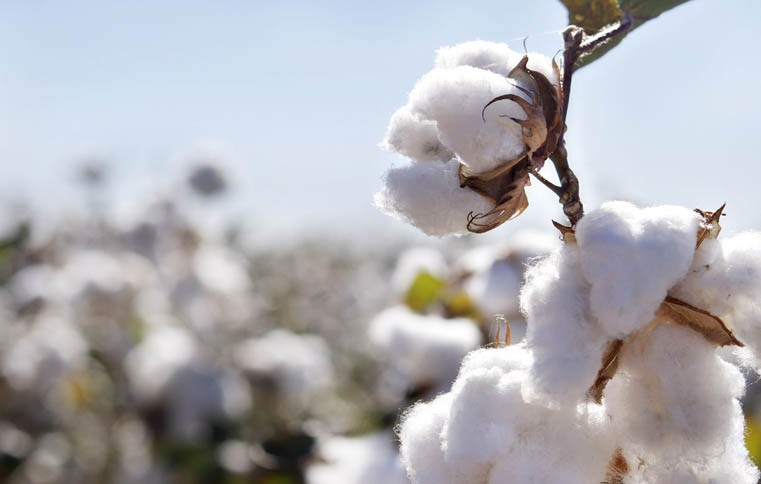 Known as ‘white gold’, cotton is the most important cash crop of a legion of farmers who grow cotton in Pakistan and is a major driver of the economy as around 55 per cent of country total exports i.e. textile exports, are significantly dependent on this crop. If the country produces enough cotton, the economy benefits whereas a failure hits textile exports and in turn country’s GDP growth hard.

In year 2016 only, over 4.6 million bales shortfall in cotton production resulted in a whopping 0.5 per cent loss to the GDP, in addition to impacting the incomes of over 1.3 million farmers. Now consider the fact that our country, which was a major cotton exporter in the early 1990s, is a major importer of cotton for a long time now. Over the last many years, Pakistan has been importing 3 to 5 million bales of cotton per year to meet the growing demand of cotton based industry which costs the national exchequer heavily, approximately 1 billion US dollars for each 1 million bales.

Stats show that production of cotton is almost static during the last over a decade with average yield per acre of 615 kg/ha in 1990, which crept to a maximum of 782 kg/ha in 2014 but dwindled to 680 kg/ha in 2016. In these circumstances, the importance of improving cotton production for cotton growers, the textile industry and other members of the cotton value chain in Pakistan, the fourth largest cotton producer, and most importantly economy can hardly be overstated.

To fully comprehend the downward slide being faced by the cotton crop in Pakistan, some context would be necessary. Historically, the cotton crop had fared well, with much focus on varietal development and breeding. However, with the advent of the latest biotechnology in seed, cotton yields and crop productivity increased by leaps and bounds. Many developed countries became the first to adopt this technology and reap its benefit. Bacillus thuriniensis cotton or Bt cotton, referred to as commercially, became the game-changer world over.

Collaborations between the government and private sector, especially reliable seed companies including multinationals, are needed to resolve the cotton crisis as Pakistani cotton farmers as well as economy have already suffered a lot due to non-availability of quality Bt cotton seeds

In the absence of a clear government policy, the Bt cotton made its way into Pakistan through informal channels. Though initially showing great results, in the absence of proper technical oversight and quality checks, the proliferation of this ‘pirated’ technology has gone on to damage crop yields in the long run. Despite embracing high-yielding Bt cotton in 2010, Pakistan has failed to achieve self-sufficiency in cotton and the annual cotton production is still stalling at between 10 to 13 million bales rather cotton crisis is worsening with each passing year (for 2015-16 seasons, actual production was 9.748 million bales against the target of 14.785 million bales, 34 per cent less than the target).

Basically, Bt cotton results in increasing yield by providing protection against certain pests (sundies) such as, American sundie, Pink and Spotted sundies and thus the right dose of Bt toxin "Cry-protein" is very crucial in each Bt seed. But, to date, almost all the Bt cotton seeds introduced in the country lack the required Bt protein and do not adhere to international quality standards. This has resulted in poor efficacy in pest control and the development of resistance in pests.

Additionally, substandard seeds, which are not basically developed for Pakistan’s agronomic conditions and thus do not perform well, also have weak germination strength and increase input costs for farmers, in addition to having other serious problems.

Cotton farmers faced with the challenge posed by poor seed quality and subsequent crop failures are now beginning to switch over to alternative crops. Farmers increasingly raise concern over the lack of effort on part of the government to address the woes of cotton farmers and identify the absence of quality seed as a key impeding factor for downward slide in cotton production. There is now across the board consensus amongst all stakeholders that the latest generation of Bt cotton along with stringent quality control and technical oversight is the need of the hour.

So far, at the governmental level, there are several positive developments which will ultimately benefit cotton farmers and the country’s economy. The absence of a robust legal and regulatory framework was a key impediment for the introduction of latest biotech seeds. Taking note of this gap, the federal government has introduced requisite biosafety rules, updated the Seed Act in line with modern technologies and most recently enacted the landmark Plant Breeders Rights law. These reform steps will help create the right business enabling environment for a vibrant seed industry and a sustainable flow of latest biotechnology.

If we talk specifically about cotton, the government of Punjab, to introduce Bt cotton through legal and formal channels for revival of cotton production, is actively seeking private sector partners to address the alarming decline of cotton crop production. After initial discussions stalling due to the lack of requisite enabling environment, the Punjab government is again in discussion with Monsanto Company, a world leader in Bt cotton technology, to introduce its latest Bt cotton seed in the province. With concrete steps being taken to create the adequate policy and regulatory regime, the introduction of cutting edge Bt cotton seed may still be a reality.

As per media reports, the Punjab government’s arrangement with Monsanto is currently under discussion and an agreement has not been finalised yet. However, if both parties reach a mutually beneficial agreement, latest seed technology will allow for greater cotton yield and farm productivity, while contributing to the rural economy and earning valuable foreign exchange.

Collaborations between the government and private sector, especially reliable seed companies including multinationals, are needed to resolve the cotton crisis as Pakistani cotton farmers as well as economy have already suffered a lot due to non-availability of quality Bt cotton seeds. These government-private sector collaborations will ensure that a vibrant local seed industry is supported and only the best quality biotech seeds enter the market, in turn ensuring increased productivity of Pakistan’s agriculture and cotton economy. Our country can no longer afford cotton crop failures.