The wrong state of affairs

This year again, the HRCP report highlights the lives of people in desperate need of help 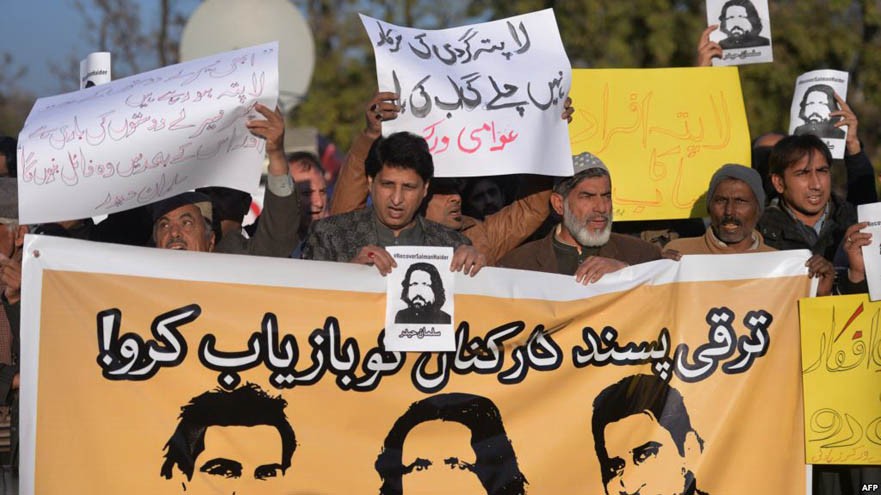 This year again, the HRCP report highlights the lives of people in desperate need of help

The annual report released each year by the Human Rights Commission of Pakistan is the only detailed document which brings together the entire spectrum of rights abuses that take place in the country -- as a result of failures in lawmaking, the administration of justice and the inability to guarantee people their basic rights as laid down in the Constitution in various spheres, ranging from social and economic to political.

The picture has not been a pleasant one over the more than three decades during which the report has come out, and rather ominously it appears to be growing grimmer in some ways with each year that passes.

Yes, in 2016 there were some areas of improvement. These included new legislation to protect women, children, and minorities. The right of Christians to divorce was restored, a Hindu marriages act was brought in in Sindh and legislation by the Federal Parliament totaled 51 laws compared to only 20 laws the previous year. This increase in legislative activity was however marred by problems with implementation and fierce opposition from religious groups which held back the Sindh government’s effort to protect Hindu girls from forced conversion through marriage to Muslims.

With 87 executions taking place in 2016 and hundreds others sentenced to death, Pakistan remained one of the countries in the world with the highest rates of State-approved death. There was no evidence that the end of the moratorium on the death penalty, brought in in 2008, in any way improved law and order in the country. People’s access to justice was also severely held back by the fact that over 3 million cases were pending in the country in 2016. HRCP recommended to courts drastic action to expedite the hearing of cases and clearing up the massive backlog which existed, with cases dating back will over a decade or more still to be settled.

Law enforcement agencies remained the key target for terrorists with 211 of the attacks in 2016 directed against them. Overall, militant activity dropped by 45 per cent, but extremist attitudes and threats from new groups emerging in the region continued to grow.

Perhaps most disturbing of these trends was the continued disappearance of people… In 2016, another 728 Pakistanis were added to the list of missing people in the country. The number was the highest in six years and brought the total missing people to 1,219.

Civil society institutions were attacked online, attempting to advocate peace or the rights of people. The mainstream media too saw more physical and verbal attacks on it than during previous years.

Perhaps most disturbing of these trends was the continued disappearance of people. The problem had arisen in Pakistan two decades ago, and has mounted rapidly since then. In 2016, another 728 Pakistanis were added to the list of missing people in the country. The number was the highest in six years and brought the total missing people to 1,219 according to the Inquiry Commission on Enforced Disappearances. Lack of discussion about the problem on public forums aggravated the issue and the HRCP, once more, strongly recommended that Pakistan ratified the Convention for the Protection of Persons from Enforced Disappearances.

A renewal of the moratorium on the death penalty was also recommended but there was no evidence of official interest in restoring such a ban.

The population in prisons, meanwhile, far exceeded the numbers prison cells could hold, with retribution continuing to dominate the system of delivering justice rather than any effort aimed at reform. This applied to juveniles, who continued to face arrest as well as adults.

Basic freedoms including those of movement and belief remained under pressure with three Ahmadi doctors among the four members of the community murdered during the year. This appeared to be part of a deliberate strategy to target higher profile Ahmadis. The country also saw attacks against Christians and the Hindu community, sometimes as part of an effort to grab land or gain other material profit.

While women faced discrimination of many kinds, one of the most serious was the enormous gender gap which existed nationwide on electoral rolls. Only 42.42 million women were registered as voters compared to 54.59 million men. The system of protecting women from violence remained weak despite new legislation, and the education level of females remained lower than men, most notably in specific districts of the country located in Balochistan and FATA where literacy for women in some cases sank below two per cent.

The sexual assault of children continued to occur while child labour remained rampant. Labour laws were poorly enforced for all sections of workers, while Pakistan spent a mere 0.9 per cent of its GDP on healthcare. This, of course, explained why the provision of facilities for the vast majority of the population remained dismal, with public sector hospitals lacking the means to offer even basic care. Health was affected further by the finding that 80 per cent of Pakistanis were consuming contaminated water.

The overall tapestry built from putting all the separate pieces together then shows a nation where institutions, the government and other bodies simply do not care enough to ensure even basic provisions to protect the rights of citizens. The lives of people can be seen if we look behind the print on the over 300 pages of the report. These are people in desperate need of help. The HRCP report highlights this in stark figures.

We need to take these figures on board while devising policies for the future and finding means to bring about change which can genuinely alter the pattern of life and the reality in which people live it.

The wrong state of affairs