In search of glory 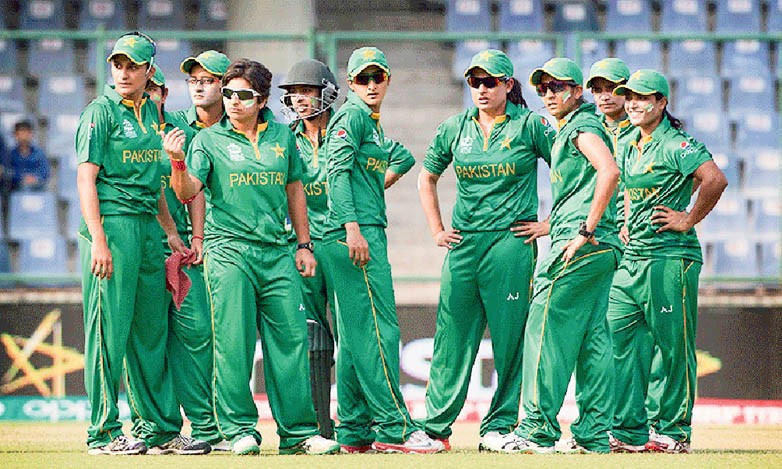 Just a week after Pakistan’s stunning title-winning triumph in the ICC Champions Trophy, the country’s women cricketers will be hoping to make their presence felt in another major ICC tournament – the Women’s World Cup in England.

Captained by the vastly-accomplished Sana Mir, the seventh-ranked Pakistanis will begin their campaign with an opening game against South Africa at the picturesque Grace Road ground in Leicester on Sunday (today).

Like their male compatriots in the Champions Trophy, the Pakistani women will begin the tournament with no hopes of winning the title. But the seventh-ranked team, which has never beaten the likes of title favourites Australia, England, India and New Zealand, is certainly capable of recording an upset or two in the tournament.

Pakistan made several changes in their squad for the World Cup, bringing in six new players in the touring party apart from roping in a new coach with Sabih Azhar replacing Kabir Khan. Wicketkeeper Sidra Nawaz is back in the line-up after missing the World Cup qualifiers due to injury. Medium pacers Asmavia Iqbal and Kainat Imtiaz, allrounders Diana Baig and Marina Iqbal, and uncapped Waheeda Akhtar have also been included in the squad.

The biggest star for Pakistan will once again be their captain Sana Mir, who is one of only seven women worldwide to have scored 1000 ODI runs and taken 100 ODI wickets.

Pakistan’s highest-ranked ODI batter Bismah Maroof has a solid record in English conditions, having scored two fifties and averaging 46 in the UK. The left-hander has scored more than 2,000 one-day runs in her 11-year international career.

Meanwhile, with history set to be made and the joy of the ICC Champions Trophy still fresh in mind, excitement could barely be higher for the start of the 11th edition of the ICC Women’s World Cup.

And with eight teams locked together and vying for success on the world stage, the competition could hardly be tighter between captains desperate to get their hands on the trophy at Lord’s on July 23.

But before that, there is lots of cricket to be played with all 31 matches being streamed live from Bristol, Derby, Leicester, Taunton and Lord’s, including 10 on television.

With Meg Lanning at helm, Australia boast the only player to have 10 Women’s One-day International centuries, while also being part of the successful side in India, four years ago.

"We’ve got pressure on ourselves to perform well, we hold ourselves to very high standards and we want to uphold them. The pressure is on us but it’s also on a lot of the teams around the competition," she said.

West Indies also come into the tournament with plenty of confidence having lifted the ICC Women’s World Twenty20 just last year, as part of a hat-trick that included the ICC World Twenty20 won by the men’s team and the ICC U19 Cricket World Cup taken home by their colts.

Captain Stafanie Taylor leads the side in this competition for the first time, with history behind her after becoming the only women’s player to reach ODI and T20I world No.1.

She said: "When it comes to 50 overs, it’s all about a different mindset. You have to be patient, it’s a longer format, and you do have time."

England possess an impressive record at a home ICC Women’s World Cup, winning the competition on both the previous occasions in 1973 and 1993, as well as in Sydney in 2009 with eyes on Heather Knight and her team, bidding for a fourth crown.

However, with India eyeing up their first victory, the challenge won’t start off in easy fashion – particularly with the experience of Mithali Raj, the world’s second highest-capped batter behind Charlotte Edwards.

"Our first target will be to reach the semi-finals, but for that you need to be able to play good cricket throughout the tournament and have good momentum," she said.

Alongside Australia and England, New Zealand will be embarking on their 11th World Cup in 2017, keen to lift their first 50-over trophy away from home, as Suzie Bates and Amy Satterthwaite look to reach 100 caps.

Victorious in 2000, New Zealand finished second the last time they played in the competition in England, while the experienced side also has an ace up its sleeve in 16-year-old leg-spinner Amelia Kerr.

"To win 100 caps for your country is a big achievement at any time but to do it at a World Cup would be even more special," said Satterthwaite.

One of four teams to progress via the World Cup Qualifier, the experience in Sri Lanka’s team could prove vital – with nine players aged 31 or over.

On the other end of the spectrum, South Africa have no players in that age bracket, with the honour of captaincy falling on 24-year-old Dane van Niekerk.

She became just the seventh player to reach 1,000 runs and take 100 wickets in women’s ODIs in February, becoming the first South African to reach the latter figure.

She said: "I’m a bit crazy sometimes. I can be laid back but my demeanour is to be aggressive on the field."

In search of glory