The uproar could be heard till the stars…

It was like nothing else in the world, except Pakistan winning the Champions Trophy playing India of all teams 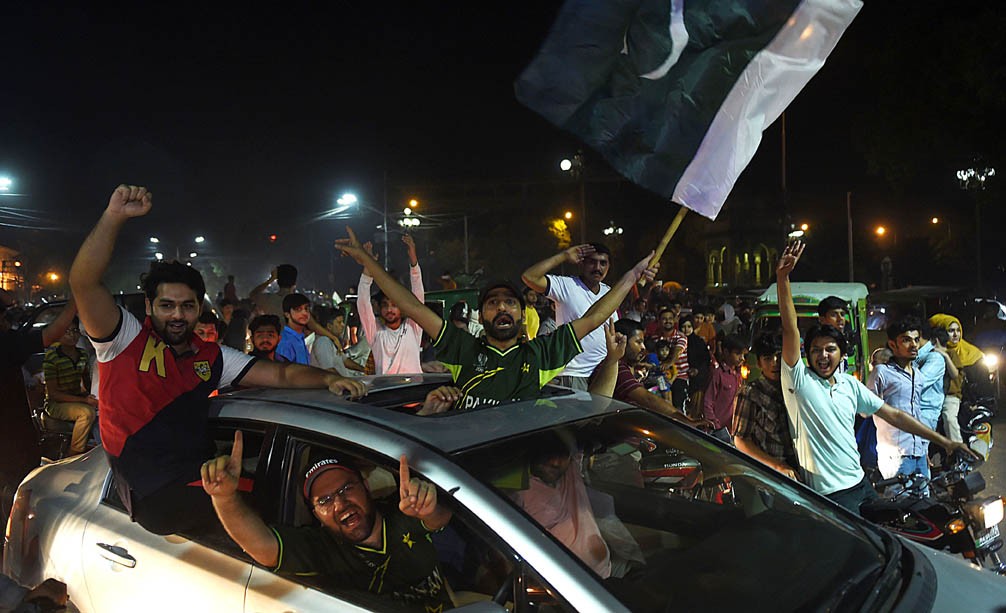 It was like 14th August, chaand raat, and a Bahria Town possession handover all rolled into one. Madness on the streets at midnight. Against all odds, evens and fractions, Pakistan won the ICC Champions Trophy last Sunday, playing India of all teams. It was like nothing else in the world, except Pakistan winning the Champions Trophy playing India of all teams.

I wanted to see the festivities with my own eyes, so I called a cab around 11:30pm, realising perhaps a little late that the cab driver would likely prefer not be driving at the time. But if he was on duty anyway, he could find worst customers than someone who wanted to step out for a bit to witness the madness on the streets at midnight.

He took an age getting to me. "Boss bohat rush hai," he explained. "Loug bilkul paagl hogaye hein."

He was right. The streets of Lahore were draped in green. Flags waving out of car windows, flags sticking up from motorbikes, flags draped around shoulders, tied around necks, flags waving proudly in the air with an unorchestrated spontaneity and joyfulness which hasn’t been seen in 25 years.

Never been seen by me, because 25 years ago I was too young and hadn’t witnessed any madness on the streets, neither had most of the rest of this country, given the estimated percentage of people born after 1992. An entire generation had grown up never having seen Pakistan win a major One Day International trophy.

Most of the celebrations were standard operating procedure. Bikes with silencers removed. Boys with silencers removed. Marching bands, fireworks, dozens of men walking with gigantic flags over their heads, vehicles parked in the middle of major roads; traffic be damned. The sounds of engines being revved and horns being blared amidst shouts of ‘Pakistan Zindabad’; Honda CD70s and 125s, one-wheeling, spinning-around, running through the tricks of their trade. ‘Dil Dil Pakistan’ ringing out from stereos in cars and from shops.

Back in 2009, when Pakistan won the T20 World Cup, there were similar scenes. Similar but not quite the same. It wasn’t as big a deal, back then. Cricket hadn’t been absent from home for so long, the team wasn’t ranked 8th in the world, it wasn’t against India, there was joy unconfined but no one asked anyone to pinch them to make sure it was all real.

Then there were things unique to the occasion. Public screenings had been arranged at various commercial areas throughout the city; screenings at restaurants, malls, outside stores; literally just projectors and screens on the side of a street. In Liberty Market, in Old Lahore, in the Food Street, in Chauburji, in Shadman, and the H-Block market, DHA. More upscale places like hotels and privately organised screenings at homes. There were both ticketed and unticketed events.

After the victory, on every street there was bhangra and luddi to the beat of a dhol, from every store the jubilant distribution of mithai, fireworks lighting up the night sky, dancing on the roundabouts, dancing on the sidewalks, dancing on top of cars, and a thousand arms in the air holding smart phones recording these proceedings.

Lost in a trance, a city was dancing to the beat of its own drums, some people sweating, some panting, heaving, and some crying tears of joy. Others, of disbelief.

The old who had seen it all before, the young who were experiencing this euphoria for the first time. Men and women. Families, children on top of their fathers and mother’s necks, hands waving in the air not sure about what was going on but whatever it was, it seemed to have made people a lot nicer and more fun to be around than in a long, long time.

Clean shaven men danced with those sprouting moustache-less beards. In some cases, the beards danced with more fervour than the clean shaven.

‘Zinda Dilaan-e-Lahore’ had a reputation to live up to.

Some people were just there to watch, and clap, like me. Or distribute water, juice, and hug strangers. Although like every mass celebration, it didn’t come without its own set of problems.

Unfortunately, like always, there was aerial firing. My biggest bone of contention with the banning of basant has always been that banning a kiteflying festival doesn’t take away people’s guns, or give them a functional brain with enough sense of how to use them.

Then there was the disproportionate amount of men in the streets. There were women and families, yes, but in small, visibly defined circles, that I only saw later on the television coverage. From my car window it was just an ocean of men.

The collective working to reclaim public spaces for women, Girls at Dhabas, made an excellent post about how single gendered the celebrations in the streets were, when the ratio of happiness within households was the same across genders.

Yes, there were many women who braved shaming and harassment to get out in the streets and openly share this moment of triumph, many of them recounting how men were too happy, for once, to bother harassing them. But there were many more women who had to make do with muted celebrations at homes.

Karachi at least had a group of women out on bikes like the majority of their male counterparts. Having worked in Karachi I’ve seen my share of women riding motorcycles there. As a proper urban metropolis it’s more of a melting pot, a place where commerce can push conservatism. Lahore didn’t have that.

Public spaces and public celebrations are overwhelmingly catered towards men. The sight of a single gendered mass of people is so common that few even question why half the population of a city is missing.

That said, even as an expression of conservatism more than progressiveness, it was nice to read about a fair amount of families out in tandem. Change is inevitably a generational thing. Those children at least will remember sharing the exhibition of joy in public equally with their mothers and fathers, sisters and brothers.

The celebrations lasted till sehri, when a natural cut off point emerged. The next morning, people were still hung over from the win. Many were checking the news just to make sure they hadn’t dreamt the entire thing up.

On Monday night, the players returning to Lahore were welcomed by a huge throng at Allama Iqbal International Airport. Chants of Hassan Ali hung thick in the humid air as he walked out of the international arrivals’ gate. Someone even put flowers around Ahmed Shehzad’s neck, something I doubt happened at Shehzad’s own wedding.

Security personnel had to ward off an ecstatic multitude as they escorted the players to their vehicles. A cavalcade of motorbikes followed them out of the parking.

Back in 2009 when Pakistan won the T20 World Cup there were similar scenes. Similar, but not quite the same. It wasn’t as big a deal, back then. Cricket hadn’t been absent from home for so long, the team wasn’t ranked 8th in the world, it wasn’t against India, there was joy unconfined but no one asked anyone to pinch them to make sure it was all real. Lahore was pulsating, but it wasn’t shaking with the tremors of incredulity. Last week, the uproar could be heard till the stars.

The uproar could be heard till the stars… 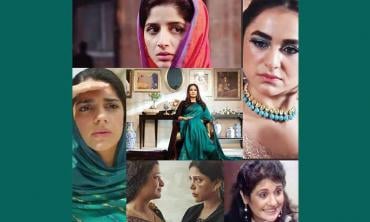 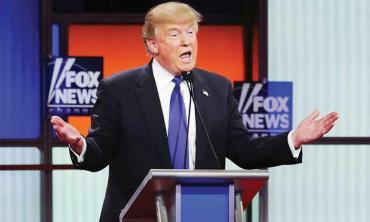 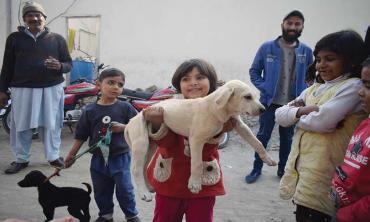