A history of kings and queens

In Pakistan’s history, the common people have always been forgotten 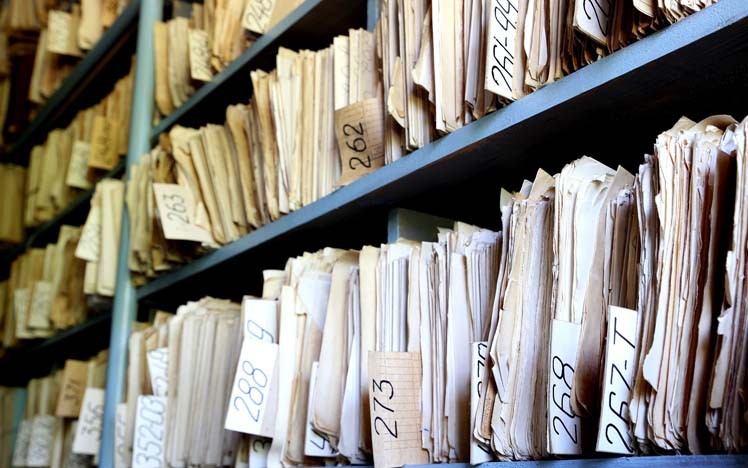 It is said ‘history is written by the winners.’ But in Pakistan even winners do not get to write their history. Why? Simply because there is nothing to even remember the winners by!

In Pakistan, we often blame our third Governor-General, Ghulam Mohammad, with derailing democracy and instituting the bureaucratic-military oligarchy which has controlled the country since then. However, despite his seminal role in the history of the country there is no biography of him, no collection of papers, no anthology of speeches -- virtually nothing on the man who critically shaped the destiny of the country. If this is the state of our political history -- the ‘high’ history, imagine what is the state of our subaltern -- the common man’s history.

In the last couple of decades, the importance of ‘people’s history’ has dramatically increased. This is simply because while political history and ‘history from above’ is consequential, it is the lived experience of people which is central and critical.

In Pakistan’s history, in fact in South Asian history, the people have always been forgotten. We only focus on the annals of kings, queens, and generals and everything except for their life is ignored. But in doing so, we lose the actual life of people, how they lived, what they thought, felt, and did.

Hence, there is a vast archive beyond the ‘official archive’ that motley of government papers, settlement reports, bureaucratic comments, etc, and at times they tell us a very different, indeed real, story of the people. In Pakistan, where the official archive is often restricted in the name of ‘national security’ or just sheer laziness, it is the vast archive of lived experience which we must cherish, utilise, and assess.

Read also: Past isn’t a career

Take for example, the exquisite Fakir Khana Museum in the old city of Lahore. This privately-owned and managed museum is a treasure trove of not only Punjab history -- the original Fakir Syed’s were grandees of the Maharaja Ranjit Singh Court, but also of early Islamic history with its Kufic script manuscripts and memorabilia from the early caliphs.

There is a vast archive beyond the ‘official archive’ that motley of government papers, settlement reports, bureaucratic comments, etc, and at times they tell us a very different, indeed real, story of the people.

In fact, it is not just the texts and mementos housed in the museum, the Fakir Khana -- a sprawling complex, in itself is a living museum and gives us a rare glimpse of life in the nineteenth century. Walking through its cool corridors and airy rooms I often wonder if today’s architects might build better houses if they learnt from these earlier masters!

Another such living moment to a time is the famous Bari Studios in Lahore. Now largely derelict its sets -- including one of a jail -- remind one of a time when Lahore was the centre of film production in Pakistan after its creation. The scores of films shot here, some of them master pieces of art, dialogue and acting, are now largely forgotten, their scripts lost to history and their reels gathering dust in store rooms.

While Bari Studios at a level created ‘entertainment’ it also channelled a comment, even a critique, on society. I always remember the ending dialogue of the famous film Aaina with actress Shabnam, where she slaps her father, and her mother then comments, ‘you have not slapped your father, but the mentality that believes in differences between the poor and the rich.’ Such a comment, coming on the heels of several worker protests in Pakistan in the 1970s, reminds us how films are closely tied to our lived experience and offer an insight into our predicaments.

Another important element of people’s history and archive is the voice of people themselves, through the medium of oral history. In this realm, though some headway has been made in Pakistan with oral history projects like that of the Citizen Archive of Pakistan and the 1947 Partition Archive, collecting the memories of the fast depleting 1947 generation. That generation, the last of the united British India, saw one of the most tumultuous periods in history and their memory, experience and legacy must be recorded, analysed and learnt from.

While collecting the memory of 1947 is critical, I hope these initiatives move beyond that seminal moment into the post-1947 lived history of Pakistan too so that we may learn more about our development. The involvement of scholars -- to date very limited, in these endeavours would further give them strength.

Similarly important is the need to tap into the inception, organisation and life of several important non-governmental organisations, NGO’s as we call them, so that we might learn of their critical place in the formation of our country, society, and life. For example, recently, I have been researching the archives of the Religious of Jesus and Mary in Pakistan.

These nuns came to the area now Pakistan in 1856 and have since then dedicated their life and mission to educating girls in this region without regard to caste, religion or background. Every time I read the experiences of these nuns -- the first ones arrived after a couple of weeks’ travel from Agra with the Archbishop to Sialkot, then a small town -- I marvel at their courage, determination and steadfastness, that they left their homes in Europe and North America and travelled months (it used to take about two months to get to India from Europe in those days), to an alien land, simply for service.

Many would never see their homeland, their families and friends ever again. India (as it was then) would become their home and life-long mission. Today scores more Muslim and Hindu girls have been educated by these Catholic nuns than Christian girls, and they still strive on.

The non-governmental, i.e., private archive has long been ignored in Pakistan. While a lot has been written about the poor state of official archives, no consideration is given to the archive of lived experience in the country, which is, in a way, richer, truer, and more fascinating than the official one.

In the West, and even in India now, people are archiving private papers, films, drama serials, novels, music and the like, and a whole new world of experience is being opened up; we should also wake up to this important element of our life and cherish it just as much as we participate in it.

A history of kings and queens