The escape of two high profile prisoners belonging to LeJ from Karachi Central Jail highlights issues like corruption, over-crowding and lack of accountability in prisons, and points to a faulty criminal justice system 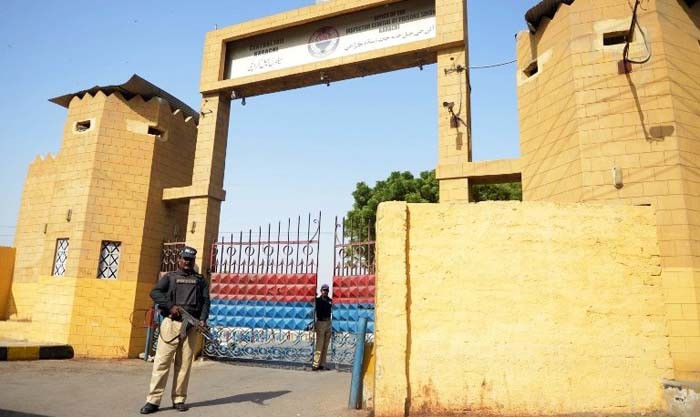 Most prisoners had gone to sleep after having Sehri when a search-and-sweep operation was launched in Karachi Central Prison on June 19. The operation, which occurred just as the sun was rising, led to the recovery and confiscation of many illegal items as well as large appliances including 102 cell phones, 46 memory cards, 45 knives, 18 deep freezers, 449 television sets, 163 LCDs, 3 DVD players and 400 packets of cigarettes. Most interestingly, cash amounting to more than Rs3.5 million was also seized from within the jail.

The recovery list is long, and this was possible because of the joint effort of Rangers-led team comprising officials of the Pakistan Army, intelligence agencies, Sindh Rangers and Central Jail Karachi.

The last time a search operation of this magnitude was conducted was 25 years ago in the early 1990s. This time around, the search operation was spurred by the escape of two alleged terrorists of the banned Lashkar-e-Jhangvi (LeJ). The escapees, who were both Under Trial Prisoners and who have been on the run since June 14, are involved in dozens of sectarian killing cases. Reportedly, one of them has slain 57 people, while the other has carried out seven targeted killings.

A First Information Report (FIR) has been lodged against 12 jail officials, including Superintendent and Deputy Superintendent Prison. All of them have been taken into custody and there is a possibility that a clause of terrorism will be incorporated in the FIR. The investigation of the case has been handed to Counter Terrorism Department (CTD) Sindh.

According to CTD, initially both the accused were brought to the Judicial Complex located near the central prison. The ill-intentions of the jail staff was exposed when it was revealed that there were no court proceedings against one of the accused but even then he was brought there. Both of them got a chance to escape after spending some time in the chamber of the judge. They used the bathroom to shave their beards as well to change their getup and make their escape easy.

So how did the Rangers operation come about? Actually, when the news about the escape came out, all the law enforcements agencies were alerted, including the Rangers. To ascertain the exact number of prisoners who had escaped, the Rangers were in called in.

Lack of accountability, corruption and security threats to the jail staff are the main causes behind such incidences. To fix the problem, instead of building a few walls here and there, the jail administration needs a complete overhaul.

Central Prison Karachi has a capacity of 2,400 prisoners and was established in 1899. As is the case in the rest of the country, the jail is overcrowded as its inmates have risen to about 6,000. Apart from scores of Under Trial Prisoners involved in heinous crimes like murder, kidnapping for ransom, there are also hundreds of high-profile and deadly terrorists affiliated with various banned militant organisations including Daesh, al-Qaeda, Tehreek-e-Taliban Pakistan, Lashkar-e-Jhangvi and Jandullah.

The jail has been facing security threats for years now and intelligence agencies regularly issue threat alerts to Home Department Sindh and the jail administration to ensure fool-proof security arrangements. Giving priority to these serious threats, Provincial Government of Sindh erected a bomb-proof wall around the facility for further fortification.

However, according to intelligence sources, two comprehensive plots were hatched to break prisons in Karachi and Hyderabad in October 2014 and February 2016 respectively, allegedly by al-Qaeda. Both plots were foiled by a Military Intelligence-led operation and one of the deadliest terrorists in Pakistan’s history, Ata-ur-Rehman aka Naeem Bukhari, was arrested along with others.

On the night of October 11 in 2014 Military Intelligence personnel along with a heavy contingent of Sindh Rangers raided house number J-301 in Ghousia Colony, adjacent to Karachi Central Prison. The raid discovered a tunnel -- 14-feet deep and 45-metres long. The terrorists were only 10 metres away from freedom when they were caught, they had used global positioning system (GPS) to guide themselves.

Security officials believed by that point, the terrorists had technically breached jail premises. In the aftermath of this episode, it was claimed that the prison’s security had been further enhanced.

Talking to The News on Sunday on the condition of anonymity, a high ranking jail official conceded: "If our staff had followed standing operating procedures (SOPs), this [escape] would not have happened. This is carelessness and failure on our part."

Commenting on the long recovery list that the recent operation produced, the jail official said that the majority of the items, including television, deep freezers, fans, LCDs, loud speakers, water dispensers, blankets, and heaters that were produced before the media are in adherence to the jail manual and are being handed back to the inmates. "The use of cellular phones despite the installation of jamming devices, is the most alarming element. It is striking that mobile service was being used. What happens is that during load-shedding, our jamming devices do not work and this provides the inmates with an opportunity to use mobile phones. Now we are purchasing power generators to keep jamming system operational 24/7."

The investigation is not yet complete but background interviews of jail administration, former jail officials, CTD officials and judges indicate that it was the corruption in the prison department that facilitated this escape.

According to a former jail official, the entire jail administration system revolves around a give-and-take formula:  "The jail staff does not fear accountability; their recruitment is based on political interference."

Additionally, the "jail manual that authorises officials to punish the inmates has been barred by courts and all these factors produce a conducive environment for corruption", explained former Deputy Inspector General (DIG) Prison, Alauddin Abbasi.

There are others who support that corruption in jail is rampant. "There is always a price tag of every ‘facility’, one only needs to pay the subscription fee," disclosed a senior police officer who was tasked to monitor security of adjoining areas of Karachi Central Jail.

On the condition of maintaining anonymity, an official of the Counter Terrorism Department Sindh, said: "The prison staff has been under severe threat from militants of banned outfits for a long time; their families, too, often receive threatening calls and massages".

To add to the mess, the jail administration is understaffed. "The sanctioned strength of Karachi Central jail is 500 men to guard 2400 prisoners but we are running our affairs with only 283 personals while the population of the jail has crossed the 6,000 inmates," said a high ranking jail official.

TNS has also learnt that since the last couple of months, the jail staff has been responsible for transporting prisoners to the Judicial Complex situated near the Karachi Jail. This used to be the responsibility of court police who had been specifically trained for the job.

Lack of accountability, corruption and security threats to the jail staff are the main causes behind such incidences. To fix the problem, instead of building a few walls here and there, the jail administration needs a complete overhaul. More importantly, it points to a faulty criminal justice system, as a consequence of which the jails are full of under trial prisoners.