Daesh and the region 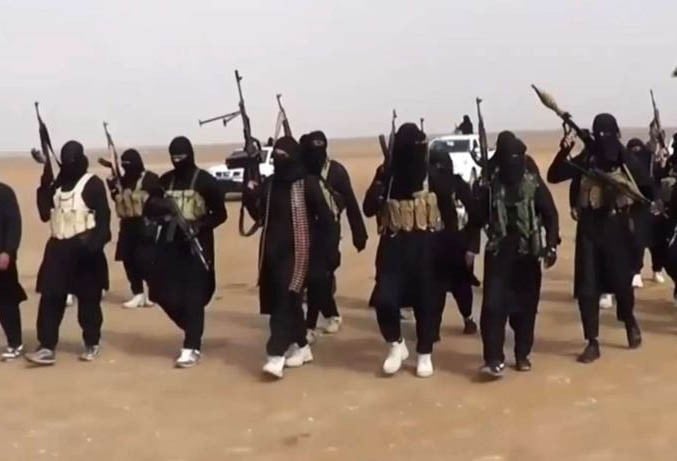 Post Iran attacks, the jihadi media was jubilant. The Islamic State claimed the twin strikes on Tehran, raising serious concerns of the looming threat in the region.

While celebrating the attacks, Daesh affiliates released various online posters. In one of the posters, a Daesh militant was shown carrying the outfit’s flag at the famous Azadi Square of Tehran. Another poster said, "The war has not yet begun." There was a poster carrying the statement, "By the order of Allah, we are near in Iran."

Immediately after the terrorist attacks, Daesh’s mouthpiece agency, Amaq released a video showing two militants killing a man inside the parliament building. The clip was sent by a member of the terrorist squad participating in the operation and was later killed during the encounter.

Militant organisations have long vowed to attack Iran, the only declared Shia state in the world. They consider Tehran as centre of evil, interfering and supporting anti-sunni elements in neighbouring countries.

The Iranian capital was targeted in the midst of the gulf crisis. Tehran accused Riyadh of these deadly strikes deepening the prevailing tension in the region.

Iran showed full support to Qatar, which is facing threats from the Saudi led coalition. In the gulf diplomatic crisis, the question is how Daesh is going to exploit the tensions in the region and how is it going to be emboldened?

Editor of Newsweek Pakistan and author, Khaled Ahmed, believes Iran after Khomeini systematically pushed the non-Shia down, a totalitarian state could do it easily, the popular bias is on the same level as the popular bias against Ahmadis in Pakistan. "Sunni Baloch in the east and Sunni Arabs of Khuzestan in the west of Iran are restless but can’t communicate among themselves because of ethnic and linguistic differences," Ahmed tells TNS.

"Daesh is a major threat (to Pakistan) because Daesh is using the elements of TTP, Lashkar-e-Jhangvi, al Qaeda, Haqqani Network and Afghan Taliban to build its infrastructure on both sides of the Durand Line"

"The power of the state prevents disorder. But Iran is surrounded by unfriendly states who can exploit its internal regimentation disenfranchising the non-Shia. The recent attack by Daesh is the beginning of this trend," he adds.

"Daesh will benefit from the intra-Sunni power struggles. First, it can benefit directly from the turmoil on the Sunni side of the geo-sectarian divide. Second, Iran is also trying to exploit the divisions in the Sunni camp and a growth in Iranian influence, in turn, provides Daesh with more room to grow as well," explains Kamran Bokhari, a specialist on geopolitics of the Middle East & South Asia.

Those observing the gulf crisis closely are of the opinion that there are limits to how far a country can patronise al Qaeda or Daesh. It is far more dangerous for the Saudis to do this because the more the Saudis use the sectarian card against Iran the more they empower Daesh and al Qaeda. It is a double-edged sword that cuts more deeply into Saudi Arabia. Iran will always be less vulnerable because it is a totalitarian state than the Arab sheikhdoms without the army like the Pasdaran needed for totalitarianism.

Besides eyeing the Middle East, Daesh is constantly struggling to expand its foothold in the South Asia region. Last week, reports emerged that Daesh militants had captured Tora Bora mountains. In a radio announcement on June 13, it was announced that Daesh had expelled all their opponents, including Afghan Taliban from the area.

"Daesh is a major threat (to Pakistan) because Daesh is using the elements of TTP, Lashkar-e-Jhangvi, al Qaeda, Haqqani Network and Afghan Taliban to build its infrastructure on both sides of the Durand Line," says Bokhari.

From June 1 to June 3, Pakistani security forces conducted an intelligence driven operation in Mastung. The LeJ spokesman claimed that those killed in the Mastung operation were not their men but were members of Daesh.

Recently, Daesh published an info graphic chart of its attacks during the last 8 months in Khurasan. The banned organisation claimed it had killed and injured more than 2200 people, including American, Pakistani and Afghan security officials, members of Afghan Taliban, Shia and Ahmedi community.

"Regional tension is not where Daesh gets a foothold, it feeds into the ideological extremism of the victim state and exploits a prepared sectarian ground to plant itself. Ironically, Muslim democracies are more vulnerable than kingdoms and sheikhdoms," Ahmed says.

When the departure of trained Sunni and Shia militants from the Middle-East war theatre begins, Pakistan will face the crisis of a new wave of sectarian violence.

Daesh and the region