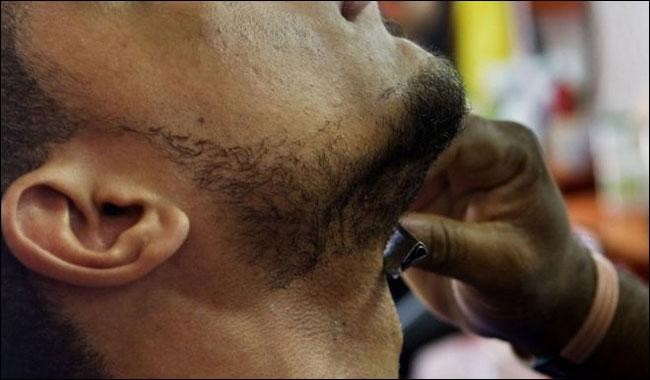 It was May 26, a hot and humid Friday when the Municipal Committee of Ormara, a coastal town situated 250 kilometres east of Gwadar, convened its session the focus of which was controlling prices of commodities in Ramzan. Once the session had finished, the news that came out was that the Municipal Committee had banned trimming of beards in different styles.

The news came as nothing less than a shock because Ormara is part of Makran Division which has always been a liberal society where religion was considered a private affair.

It did not just stop there. Only three days later, a similar order was issued by Assistant Commissioner (AC) of Kharan, a town situated 300 kilometres south-west of Quetta. This order was also issued at the conclusion of price control committee meeting. The news triggered debate and reaction on social media after the Ormara case but intensified after Kharan case. The news of ban imposed on trimming beards in style was reported in the national media and the order was withdrawn in hours in Kharan.

Enforcing a particular type of get-up in recent history can be traced back to 17th Century Qing Dynasty in China. Qing dynasty enforced queue hairstyle in which the front head is shaved and long hair are grown from the top of scalp. This hairstyle was forced by the Manchurian rulers of Qing Dynasty on the Han Chinese community as a sign of subjugation. The laws were so harsh that if any subject failed to comply, he was punished to death by beheading.

Fast forward to the year 2007 when similar orders were issued by the Taliban in the tribal areas of Pakistan. Barbers were issued warnings about not shaving the beards.

In 2017, the appearance of similar cases in Ormara and Kharan are not two isolated issues but point towards a larger problem of religious intolerance and hidden conservatism in the otherwise liberal society of Balochistan.

Local journalists of Ormara told this scribe that the order for ban on trimming of beards to make them look stylish was issued by the municipal committee on the pressure of Maulvi Amin, a member of JUI, which is a national rightwing religious political organisation.

"A group of barbers came to Maulvi Amin [the JUI member in Municipal Committee] and told him how their time was wasted trimming beards in different styles. Upon their request, Maulvi Amin urged the barbers not to trim the beards in the month of Ramzan"

Amir Iqbal, the Chairman of Municipal Committee of Ormara, was chairing the session in which the controversial order was issued. He told TNS that the issue has been misreported by the media and blown out of proportion. "A group of barbers came to Maulvi Amin [the JUI member in Municipal Committee] and told him how their time was wasted trimming beards in different styles. Upon their request, Maulvi Amin urged the barbers not to trim the beards in the month of Ramzan," he claimed.

He denied that the Municipal Committee had issued any order for banning trimming of beards in anyway. After the reaction on this decision, the Committee issued an official letter to barbers in Ormara allowing the barbers to trim beards in any way they want (a copy of the letter is available with TNS).

Kharan is the district headquarters with a population of around 80,000 to 100,000. Almost 30 barber shops operate in the Kharan city. Here an official order was issued by the Assistant Commissioner (AC) Muhammad Bakhsh Sajidi who is a promotee from lower ranks and does not come from the provincial or federal bureaucracy. Local sources in Kharan say the AC issued the order after being pressurised by few religious clerics in the price control committee meeting.

The controversial order issued by AC Kharan too was withdrawn once it was criticised in the social media and Deputy Commissioner (DC) Kharan, Qadir Bakhsh Pirkani, took notice of the matter. "I asked the AC under which rules had he issued the order? Upon my instructions, he cancelled his own order," Pirkani told TNS. He clarified that Kharan was not a district where such a ban could be enforced.

The political profile of the two cities is interesting. In Ormara Municipal Committee Chairman is from BNP-Mengal. JUI is not a major political player in Ormara. From Kharan, Nosherwani family has always won that happens to be in PML-Q this time. There is no significant presence of JUI in electoral politics of Kharan. However, there has been a surge in number of madrassahs in Kharan, according to local sources.

Shah Jahan Baloch, a social media user who belongs to Kharan and is a student in Islamabad, claimed that both the orders were coordinated attempts to radicalise the society. He pointed out a similar demand coming from a cleric in Nok Kundi town, situated 500 kilometres South-West of Quetta around the same time, Friday, June 2 to be precise. Local journalists of Nok Kundi confirmed the case to TNS. They said the prayer leader in central Mosque of Nok Kundi had asked for a ban on trimming beards in style in Nok Kundi town during the Friday prayer.

Dr. Shah Muhammad Marri, author and socio-cultural critic, believes that instances of banning trimming of beards are a product of the conservative mentality which in turn is the product of intolerance imparted in national curriculum for the last 47 years. "When university students demand for ban on beard trimming and ACs issue orders to that end, then we have a much bigger problem which is not limited to religious seminaries only."

Marri said the ultimate solution lies in curing the fascist mentality among the middle class by revising the national curriculum.