One recent lapse in Quetta

With the kidnapping of two Chinese nationals in Quetta, the challenge of securing Chinese companies project sites and workers has become bigger 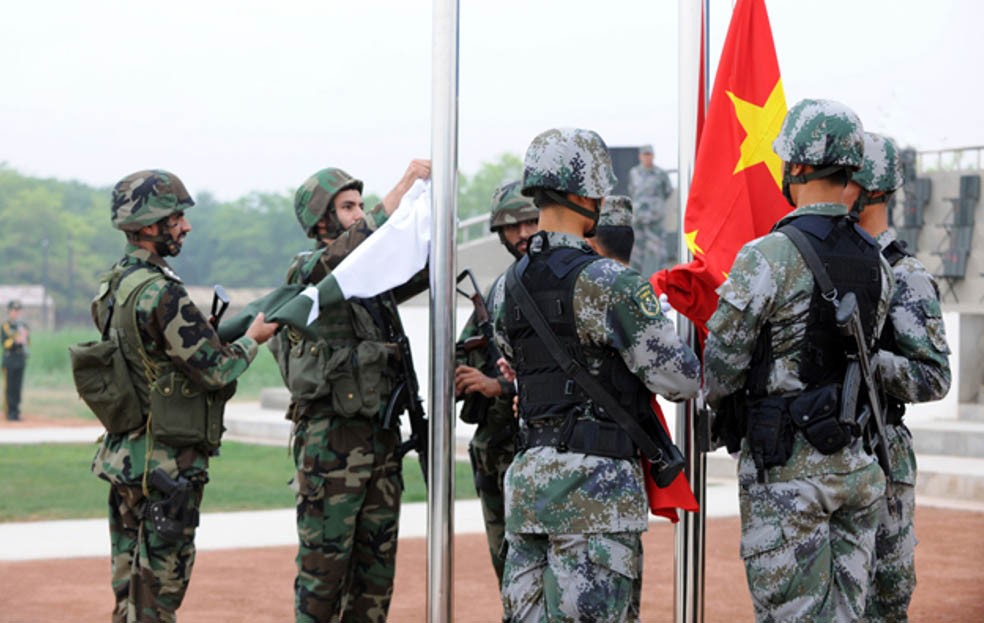 The two young Chinese nationals kidnapped by militants linked to the militant group Islamic State, or Daesh, from Quetta on May 24 have been killed.

The Amaq news service, the official mouthpiece of the Islamic State group, announced on June 8 that they had been executed in Pakistan’s Balochistan province.

The governments of Pakistan and China later said that the kidnapped man and woman who were teaching Chinese language to locals were likely dead.

Though those kidnapped and subsequently killed weren’t working on any project under the China-Pakistan Economic Corridor (CPEC), the incident highlighted the kind of challenges that Islamabad is likely to face in future as more and more Chinese come to Pakistan to benefit from the opportunities presented by the record $57 billion investment being made by China’s public and private sector in the country. Any Chinese visiting or working in Pakistan would remain a target for a host of hostile elements, including militant groups and countries such as India, opposed to Islamabad and Beijing.

The 24-year old Chinese man Li Xinheng and 26-year old woman Meng Lisi were kidnapped in broad daylight by three armed men pretending to be policemen in Quetta’s Jinnah Town and driven away in a car without number-plate to an unknown destination. A third Chinese woman managed to escape when the kidnappers tried to overpower her. A courageous passerby, Mohammad Zahir, who tried to help the Chinese was shot at and injured by one of the kidnappers.

The incident made headlines all over the world as it was seen in context of the Chinese decision to undertake heavy investment in Pakistan under CPEC and its impact on regional politics and economy. Also being keenly watched was the strengthening China-Pakistan relations and the deterioration in their ties with India and, in a way, with the US. Even otherwise, kidnapping by militants is big news as these are meticulously planned to achieve political objectives, seek release of colleagues and demand ransom.

The kidnapped Chinese citizens, who weren’t a couple, were part of a mysterious group of 13 persons who had come to Quetta last November and linked up with a South Korean named Seo Jun Won living in the city for more than four years with his wife and three children. The Korean family was running a Chinese language learning centre. This may explain why the 13 Chinese men and women had made their way to Quetta, though there are still missing links in the story.

The Chinese as well as the Koreans had come to Pakistan on business visas. This is also something that needs to be looked into because business visa should not be issued to every applicant to prevent its misuse.

Following the kidnapping of the two Chinese nationals, the remaining 11 were shifted to Karachi with the help of China’s consul general, Wang Yu, based in the port city and then sent back to China. It is interesting to note that nine out of the 13 Chinese who originally came to Quetta late last year were women.

The Korean family is still living in Quetta under police security, but it is unlikely it would be able to live or work there anymore. The Chinese as well as the Koreans had come to Pakistan on business visas. This is also something that needs to be looked into because business visa should not be issued to every applicant to prevent its misuse. The police also are constrained in taking action against foreigners if they possess valid business visas.

The police are also looking into another angle owing to suspicion that the Koreans, who are Christians, were in Quetta for missionary work. Some of the Koreans are known for their passion for promoting Christianity. One is reminded of the 23 Korean Christians who of all the places came to Afghanistan in July 2007 on a doomed mission to convert the devout Afghans to Christianity and were kidnapped by the Afghan Taliban in Ghazni province and freed following a deal, though not before two of their colleagues were executed and South Korean government reportedly paid a huge amount as ransom.

Balochistan Chief Minister Nawab Sanaullah Zehri had to act rather belatedly when the kidnapping took place in Quetta. He suspended three senior police officers for negligence, but more interesting was his directive to Balochistan’s Inspector General of Police, Ahsan Mehboob, to prepare standard operating procedure for the security of foreigners in the province. It indeed is strange if there was no such procedure in place until now, more so in Balochistan where the Chinese interest has grown since partnering Pakistan to build CPEC and undertaking major projects such as expansion of the Gwadar deep seaport and copper mining at Saindak.

Though the police officials are claiming they were aware of the presence of the Chinese nationals and the Korean family in Quetta, isn’t it strange that they weren’t made to live and work in a more secure place in the city and follow certain guidelines while moving around in the generally insecure capital of Balochistan. It is possible the Chinese thought they look like the local Hazaras and could therefore be indistinguishable and stay safe in Quetta. If this was the case, they were mistaken because one could easily tell a Chinese from a Hazara.

There have been reports of young Chinese men and women roaming in the bazaars in Peshawar and certain other places as well offering deals to traders and shopkeepers for import of electric gadgets and other products from China at competitive rates. It seems they weren’t sufficiently aware, at least until now, about the security risks they were likely to face in Pakistan. The kidnapping of the two Chinese citizens is expected to make them more aware of these risks, but isn’t it a fact that some Chinese nationals have been attacked, killed and kidnapped in the past as well in Hub, Gwadar, Swat, South Waziristan and Peshawar?

There is no doubt that the Pakistan government subsequently made extraordinary security measures to protect the Chinese engineers and workers and the Chinese companies and executives also took steps to secure their employees, there have been occasional lapses that caused crisis. One such recent lapse in Quetta provided an opportunity to the militants-cum-kidnappers to seize the two Chinese nationals and raise question marks about the level of security provided to them. It is no secret that China is by far the biggest investor in Pakistan and Chinese companies and workers outnumber all other foreigners working in the country. Islamabad simply cannot afford to lose the Chinese investment and interest in Pakistan.

While interacting with Chinese scholars and businessmen, one is made aware that personal security and making profit and be able to transfer the money to China are major concerns of their investors. If these can be guaranteed, the hardworking Chinese would be willing to invest and work even in the toughest places and conditions in Pakistan.

Due to the military’s initiative, Pakistan has already raised the Special Security Division to protect the worksites, routes and colonies of the Chinese workers all over Pakistan. The soldiers are assisted in this work by the local police. The provinces too are raising special security units for CPEC projects with the Pakistan Tehreek-e-Insaf-led Khyber Pakhtunkhwa government taking the lead by deciding to recruit 3,000 personnel to do the job.

Apart from the Quetta kidnapping incident, there has been no other mishap concerning the Chinese nationals working in Pakistan in recent years. However, the challenge of securing the Chinese companies’ project sites and workers would increase in numbers and scope as work on more projects is undertaken.

The Chinese as well as the Koreans had come to Pakistan on business visas. This is also something that needs to be looked into because business visa should not be issued to every applicant to prevent its misuse.

This is an updated version of the article that appeared in The News on Sunday on 11 June, 2017.

One recent lapse in Quetta