Punjabis’ sheer indifference towards their language, culture and other salient markers of identity is no less than an intellectual puzzle. Here is an attempt to solve it 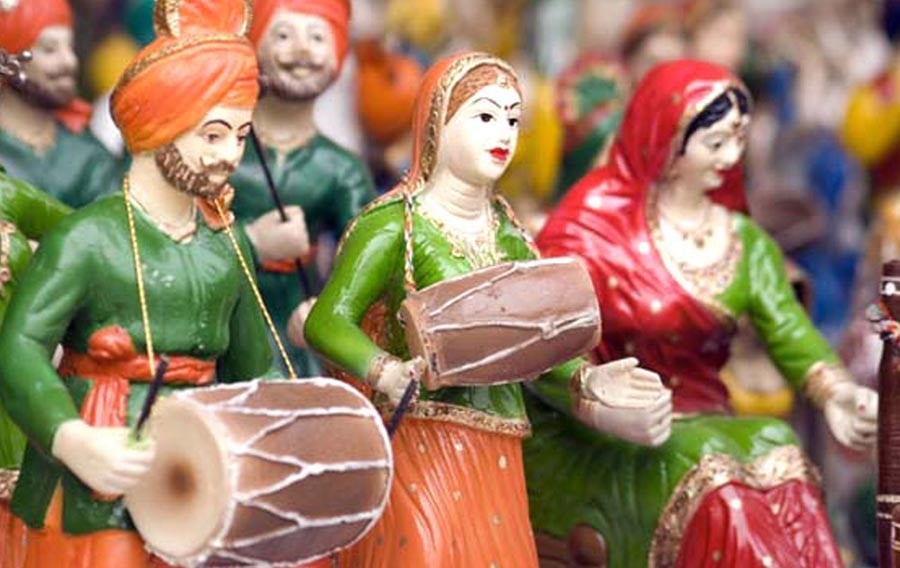 "The effect of mimicry is camouflage…it is not a question of harmonizing with the background, but against a mottled background, exactly like the technique of camouflage practiced in human warfare." Jacques Lacan

Why are a majority of Punjabis not assertive of their ethno-linguistic identity? Why is there a dearth of enthusiasm among them to own, claim and promote their language based identity and culture? How are they then able to maintain their group solidarity and political domination over other ethnic groups in spite of this lack of manifestation of their identity?

These and some other similar questions are repeatedly asked and debated among non-Punjabi sections of intelligentsia. Indeed, this sheer indifference towards their language, culture and other salient markers of identity is no less than an intellectual puzzle.

How to solve this conundrum?

I offer three propositions in this regard which constitute the main body of my central argument. First, Punjabi ethno-national comportment illustrates certain characteristics of a large category of ‘instrumental identities" and hence is more advanced and innovative in pursuing collective interests. Second, intriguingly enough, this instrumental character is masked through a strategy of camouflage and mimicry. As a result, their self-portrayal is intricately interwoven with other identity markers such as Islam, Urdu, love for the rule of law, etc. Third, like colonial Americas, this self-portrayal is embedded into the historical experience of mass population shifts, social engineering and political imperatives of being the centre of imperial games since the Mughal period.

Before dwelling upon these propositions, it is pertinent to explain what I mean by instrumental identity? According to identity theorists, an instrumental identity derives from meanings and performances that are learnt and espoused in order to achieve certain utilitarian goals and adapt to changes, gains and losses accordingly. Against existential identities, which are organically built upon lifelong commitments to native cultural, linguistic, historical and spatial aspects of being, they show certain skills of inventiveness, flexibility and manipulations. Perhaps the crudest example of instrumental identity in the very recent past is the emergence of Mohajir identity claims for recognition in Karachi and other areas of urban Sindh.

The colonial policy of massive army recruitment from Punjab was instrumental in establishing colonial leverage over the rural society of Punjab. By about 1900, more than half of the native Indian British Army comprised Punjabi soldiers.

However, the success of any kind of instrumentalism depends upon the ability of cunning simulation of the required role. Without masquerade, deception and playfulness, it is not possible to assure others about the authenticity of certain identity portrayals. Hence, not surprisingly, the relationship of mimicry, camouflage and identity construction in human affairs is well marked.

Imitation or mimicry is a primary human faculty of learning and socialisation. We learn imitation and mimicry of adults since our childhood. However, it turns out to be a tricky and convoluted subject when viewed from the perspective of power and field of domination.

Jacques Lacan, the renowned French intellectual and psychoanalyst, was a pioneer in identifying the relationship between mimicry, masking and deception in human subjects. He says; "Mimicry reveals something so far as it is distinct from what might be called an itself that is behind." Hence, unlike animals, the purpose of mimicry among human beings is not an adaption to their environment but rather a function of camouflage as practiced in warfare.

Frantz Fanon’s book Black Man, White Mask provides us rich but different insights with respect to white colonial domination and Negro identity. He says "every black man wants to be white". However, at the same time, he recognises such desire both impossible and disagreeable owing to an absolute banality of white and black body politic.

Homi Bhabha identifies mimicry as the outcome of colonial desire to reform colonised subjects to make them recognisable and appropriate subjects of rule. But the result is ambivalent as mimicry has subversive power as well.

How do I then relate mimicry and its function of camouflage to Punjabi identity?

For this purpose, we will have to review the peculiar nature of social and political engineering of Punjab under colonial governmentality. Many modern historians have coined terms such as "Punjab exceptionalism" and "imperial paternalism" in order to depict this peculiar relationship between the British Raj and Punjab. A common historical fact is that Punjab emerged as the main bastion of British imperial rule after the middle of 19th century. The British colonialists were highly proud of their success in Punjab and presented it as an ideal and mutually benevolent model of colony.

The British Raj deployed three main instruments of social and political engineering in order to make their Punjabi subjects loyal, recognisable and appropriate to rule. First, western Punjab witnessed large scale irrigation development along with massive land colonisation and population transfer. More than 6 million acres of land were progressively brought under canal irrigation. Majority of the settlers who were brought in from different parts of the eastern Punjab were considered the best ‘yeomen’.

The experiment aspired to define everything -- the shape of the fields, the lay of the land, the place where the colonist was to reside, the structure of the abadi, the mode of irrigation, the crop regimes, the patterns of inheritance, and even the attributes of the people who could inhabit the land. As a result, the new settlers were forced to mimic colonial ideals while the native pastoral groups were relegated to the status of ‘jaangli’.

The imposition of Urdu as the provincial official language was the second founding act in the production of mimic subjects in Punjab. It might be pertinent to mention here that colonial language policy was not unaware of the significance of native languages in the administration of justice, education and revenue collection. Indeed, most of the native languages officially replaced Persian in the 1830s. However, Punjabi was considered an exception. It was deemed to be "merely a patois of Urdu.’’

Whatever the precise reasons, the decision proved rapturous in terms of cultural memory and continuity of historical traditions and personhood. It inculcated deep rooted cultural alienation and a sense of inferiority of their mother tongue. Perhaps, the mantra of British colonial paternalism (Mai Baap) along with the emergence of the largest commercial market of Urdu in the Lahore city had positively influenced the Punjabi elite groups and urban middle to mimic the colonial desire and ideal in the domain of language and identity.

Last but not the least, the colonial policy of massive army recruitment from Punjab since the end of the nineteenth century was instrumental in establishing significant colonial leverage over the rural society of Punjab. By about 1900, more than half of the native Indian British Army comprised Punjabi soldiers. Their indubitable loyalty enabled the colonial masters to continue with their foreign rule over India. Moreover, they fought for the Empire at different fronts in Asia, Africa and Europe during the two World Wars.

However, the so called progress and prosperity achieved under the colonial rule was not without price. A majority of Punjabis lost an organic connection to their language and culture. They evolved a certain ambivalent/instrumental character towards their identity and witnessed communal division and their lands partitioned into two separate nation-states.

Like every new postcolonial masters, they are caught up in the dilemma of colonial mimicry and desire for authenticity. Summing up this dilemma, Homi Bhabha says that "the desire to emerge as authentic through mimicry is the final irony of partial representation. Originality gets lost in the process of imitation and what are left are the trace, the impure, the artificial, and the second-hand."

This article was published in The News on Sunday on June 04, 2017 under the title Mimicry, camouflage and identity construction.