The hissing, the whistling, the rhythmic sound of coupling rods rotating with the wheels, the rickety sway of the ride 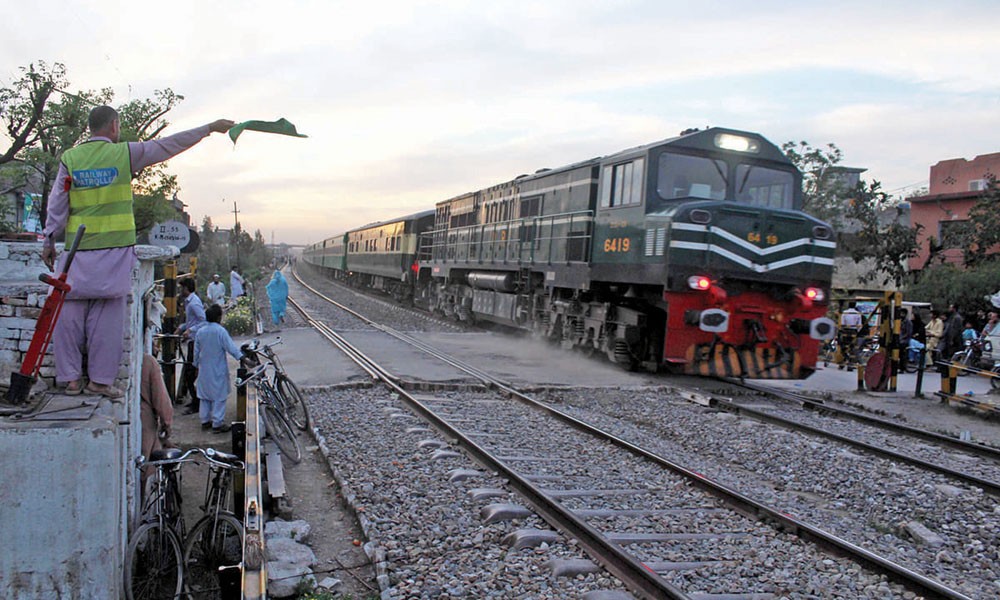 My parents have settled in Lahore but our ancestral village is in Jhelum; when my grandparents were still alive we often had to shuttle back and forth between urban and rural life. The city is bifurcated by the Grand Trunk Road, a vast military cantonment on one side and the squalor of civilian life on the other. It’s located 176 kilometres from Lahore and 110 kilometres from the even more militarily extensive Rawalpindi.

But the quickest way to Jhelum was never by the Grand Trunk Road, which is too thickly populated with towns and hemmed in by commercial encroachment. The quickest way was by the unimaginatively titled, Rail Car, a train that runs between Lahore and Rawalpindi, stopping at every major city along the way, which included a stop in civilian Jhelum near the more imaginatively titled, Shandar Chowk.

I love trains. The hissing, the whistling, the rhythmic sound of coupling rods rotating with the wheels, the rickety sway of the ride. As people got off on the stops to Rawalpindi, more and more empty seats would allow us to lounge around, lie down, or play cards.

Periodically, men hidden behind piles of chips, biscuits and all manner of other edible delights, like paaparr, would walk by, followed by boys shouting garam aanday and other men with steel buckets full of ice and water, containing chilled sodas, juices and lemonade.

Going to the toilet was entertainment on its own. Staring down at the track passing by below, it was hard to take aim with all the shaking.

Read also: Amid the sound of whistle and final goodbyes

At times I would go stand in the compartment dividers. Watching the scenery outside, watching men smoking cigarettes and blowing out the smoke like a miniature imitation of the engine up front, or all the way back. That was always impossible to tell.

Or sitting on a window seat, opening it wide and shoving my head outside to feel the wind on my face. Then being dragged back by a concerned mother with tales of people being hit by lamp posts.

The ambient sounds, the fact that everyone’s swaying from side to side, constantly shifting on the uncomfortable seats, swatting at mosquitos, it’s a shared experience. Makes it easier to start a conversation, and then there’s a guy with a steel bucket there to literally break the ice.

It was always a group of us: cousins, uncles, aunts. We would tell each other jokes, play word games. Name, place, animal, thing. Chirrya urri, maina urri; gadha urra, at which I’d inevitably raise my finger. They could if they were on a plane, I’d argue. The most terrible of these was yassu panju haar kabootar doli. Where stop after stop hands grew redder and so did the ears they belonged to.

I’ve been on this train many times, frequently arriving late at the station but thankfully it never ran on time anyway. Still, it got us to our destination in a quarter to three hours, which beat the three and a half hour drive.

It wasn’t foolproof. However, a cousin and I once went to sleep, were not roused by the conductor’s wake up call, missed our exit and ended up in Rawalpindi. Our worst nightmare -- just behind getting off in Gujrat by mistake.

I loved trains so much I even took them to Karachi. The Shalimar Express purported to get you there in 21 hours but could sometimes take 21 days. Pakistan Railways is a throwback to the 19th century, both in service and performance. There would often be a train coming down the same track in the opposite direction, which meant stopping for long stretches at an interchange until the oncoming train passed.

On the way back from Karachi once, I was on the Shalimar in a compartment full of young men with pubescent beards, with moustaches shaved, white turbans on their heads, shalwars raised above ankles; acolytes of the tableeghi jamaat, on their way to Raiwind in Lahore for the annual ijtema. Sindhis, Mohajirs, Uzbeks, Kazakhs, Turkmen. They saw my shorts, my shaved face and in them an opportunity to practise their trade.

They spoke to me in parables, asked me if I were walking through a forest and saw a fallen tree would I assume that it had fallen on its own, or reason that someone or something had struck it down? A woodcutter, a strong wind, lightning. Then if a mere tree couldn’t fall on its own, how could the universe exist without external causation, without creation? They gave me triumphant smiles, I told them that if the roots were old a tree could actually fall under its own weight. This only encouraged them more.

I lay down on adjoining seats and listened to them for hours. When I would go out into the divider they would come with me, when I went back to the seat they would huddle around me, all fourteen of them. I was both a curiosity and a challenge. They would preach to me, and then I would preach to them.

By the time we reached Multan the compartment was almost empty, other than us. By the time we reached Faisalabad the tableeghis were ready to give up, well, all but one. He was around my age, 21, the leader of the pack, and he spoke to me all the way to Lahore. At the end, he invited me to come with him to Raiwind, I politely declined, but we parted on amicable terms.

I didn’t find them a nuisance.

There’s something about train rides that makes talking comfortable. The ambient sounds, the fact that everyone’s swaying from side to side, constantly shifting on uncomfortable seats, swatting at mosquitos, it’s a shared experience. Makes it easier to start a conversation, and then there’s a guy with a steel bucket there to literally break the ice.

He will live in his teachings

A mentor and guide