At the Annual General Meeting of Pakistan Cricket Board (PCB) in Lahore last week, its members decided PCB’s next chairman 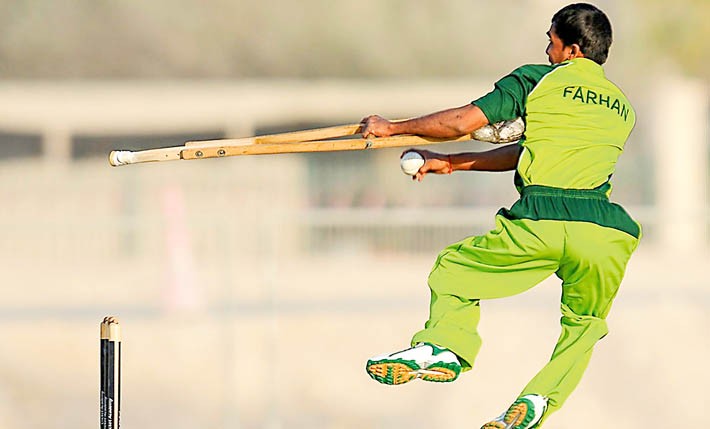 At the Annual General Meeting of Pakistan Cricket Board (PCB) in Lahore last week, its members decided PCB’s next chairman and applauded the services of the current chief who completes his term this August.

PSL’s match-fixing scandal and its subsequent outcome was of the least importance for the PCB’s general body members, who also reportedly gave a standing ovation to out-going chairman Shaharyar Khan for his services.

A resolution was adopted during the AGM for a Pride of Performance award for Sethi for his significant contribution to Pakistan’s cricket, especially staging of PSL’s final in Lahore.

There should have been a ‘Lack of Pride’ award too for the person in the PSL Management, who failed to save the league from getting scandalous due to corruption of a few despite several warnings.

Bringing PSL final to Lahore has been a considerable achievement, but letting the league get scandalous and letting plenty of Pakistan players fall in bookies’ trap also need to be criticised.

However, something happened during the same meeting that should be appreciated. The board started a new tradition and hopefully it will carry it on. It announced awards for blind, deaf and dumb, disable, woman, domestic cricketers and for several technical officials.

Badar Munir, the hero for Pakistan blind cricket team in World T20 Blind Cricket Cup held in India earlier this year, was adjudged the Best Player of the Year (Blind). He will receive a cash prize of Rs300,000.

The cash prize will certainly be important for the player since blind cricketers receive central contracts of Rs 12,000, Rs10,000 and Rs9000 in B2, B and C categories, respectively.

The initiative of recognising the efforts of physically challenged and apparently invisible officials like the scorer and the curator is laudable. Hopefully the board will carry on this practice.

"Such rewards will certainly be motivating for our less privileged national cricketers. Next year, in January, we will be organising Blind One-Day Cricket World Cup in Pakistan and the UAE. I hope this recognition of one of our players’ efforts will motivate the whole lot and they will put up a strong show in the tournament," Pakistan Blind Cricket Council (PBCC) Sultan Shah said.

Zaka Ahmed Qureshi was declared the Best Player of the Year in Deaf and Dumb category. He will get Rs300,000.

Hasnain Alam, who is a retired major and lost his foot on duty in Kashmir, won the Best Player of the Year award in Disabled category. He holds the record of scoring a century both in Disabled T20 and One-day International tournaments. He will also be receiving Rs300,000.

Asmavia Iqbal clinched the Best Woman Player of the Year and a cash prize of Rs300,000, while Muhammad Abbas won the award for Outstanding Player of Domestic Season 2016-2017 and consequently Rs300,000.

Shozab Raza, Muhammad Anees and Azam Khan were adjudged the Best Umpire of the Year, the Best Match Referee of the Year and the Best Coach of Domestic Cricket Season 2016-2017, respectively. Each of them will receive Rs 200,000.

This initiative of recognising the efforts of physically challenged and apparently invisible officials like the scorer and the curator is laudable. Hopefully the board will carry on this practice.