If you have a taste for Asian fusion cuisine, Tierra Nuestra is the place to be at 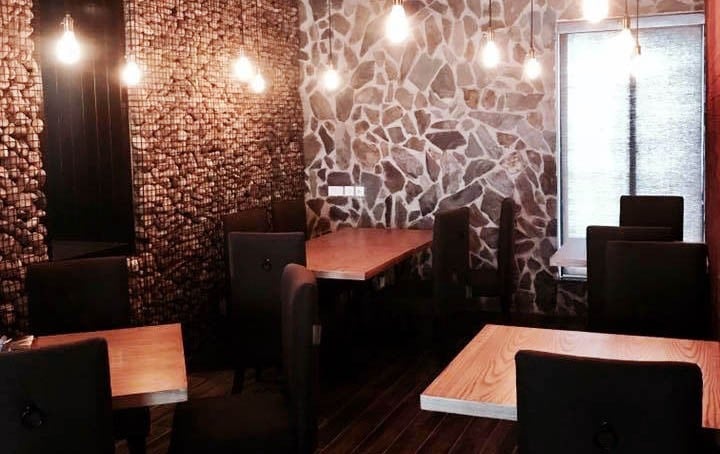 The Lahorites seem to have taken to Asian fusion cuisine. Big time.

I’m often wary of this ‘innovation,’ perhaps because a bevy of newly opened restaurants now flash it increasingly as their ‘specialty,’ and not many live up to it. Tierra Nuestra, thankfully, proved to be different.

A fine dining restaurant that surfaced very recently on Khursheed Kasuri Road, TN offers fusion cuisine in contrasting -- not to mention, delicious -- flavours. The variety it has in store and the ambience make your dining experience even greater.

To begin with, the interior of the place is classy and chic without being pompous. Certainly, it’s got ample space that can accommodate a large number of people, at its front dining area as well as back-room space. There is an additional floor upstairs, where they are going to introduce Italian cuisine.

The rock walls bear a sturdy look, while the entire space is covered in shades of black and grey. There is a strong emphasis on furniture placement which is done on split level. Lighting fixtures give it the required glow. What’s more, there is enough space between each table for privacy in the dining areas.

Owner and managing director Ahmed Zubair, whose paternal family has long been into hospitality business in Europe, calls this his maiden venture. Explaining the meaning of ‘Tierra Nuestra,’ he said, "It’s is a Spanish word for native earth. Our architecture follows the theme of stones, grass, and wilderness. Besides, our logo depicts a fork and a spear that were used in prehistoric times."

TN’s fame as the best Sushi in town has lovers of the cuisine rushing to the place already. Though, I opted for dynamite prawns as a starter dish. This, to my delight, was delivered on so many ‘levels’ -- execution, taste, and freshness. Worth every penny you’d pay. The unexpected combination of lightly battered, crispy coating tossed in red fiery oil invigorated the taste.

The sea food entrée has a large section, from Shanghai to tamarind and Vietnamese fish; it is very much on my bucket list, but for now I was done.

This section also had the likes of salmon maki rolls, chicken dumplings, and shogayaki maki rolls.

One has the option to go for an individual serving than the traditional family bowl; hence, everyone on the table gets to choose their favourite dish.

The soup section has Miso soup, a TN specialty, made with chicken, prawns and a mix of vegetables. While I instantly chose Tom Yum Gai which had chicken, a dash of lemongrass, galangal (also called Chinese ginger), and Thai chili garnished with coriander. The tangy flavouring made this soup one of my best choices that night.

The Japanese kane salad was nothing much to talk about. I felt I could have given it a miss, not that I dislike salads but because this requires a peculiar taste.

I also realised that most of the menu revolves around meat specialties -- chicken, beef, seafood entrées are all served with the choice of garlic, jasmine, egg fried and TN chicken basil rice. I found the serving a tad smaller if taken on its own.

Having said that, the menu is so large that it can be difficult for you to choose between the plethora of dishes. I skipped the chicken entrées which included the staple Kung Pao and Thai Chicken Cashew Nut but had an urge to try Korean Henry’s Chicken and Korean Kindo Chicken.

I couldn’t resist ordering Korean Crispy Beef which came piping hot and made up for the lack of taste of salad that I had earlier. It was like they knew exactly what I was craving for dinner. One bite, and I was hooked!

Wok fried, Korean Crispy Beef is made from the undercut of beef, marinated in a mixture of oyster sauce, garlic, pepper, and bell pepper, before being sprinkled with roasted sesame seeds.

The sea food entrée has a large section, from Shanghai to tamarind and Vietnamese fish; it is very much on my bucket list, but for now I was done. The dessert section offered double scoop ice cream in coconut, chocolate, vanilla and pistachio flavour.