The 7th NFC Award, assessed on the basis of almost a decade-old reports, robs the province of its due share 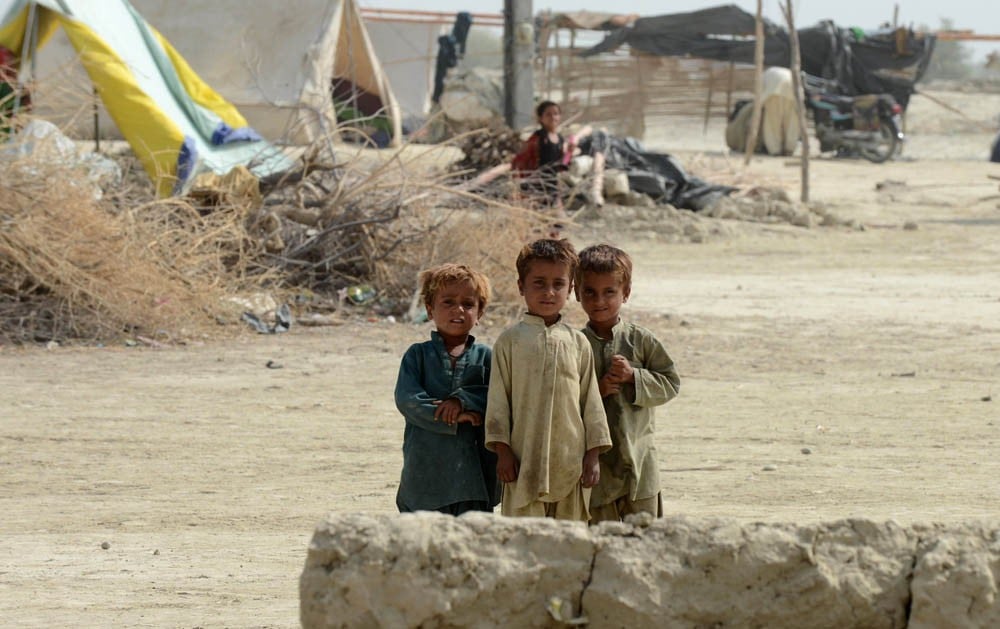 After the 18th Amendment, the 7th National Finance Commission (NFC) was the second biggest achievement of the last PPP-led government.

The 7th NFC altered the revenue distribution in favour of smaller provinces and Balochistan was dubbed as the biggest beneficiary. However, what is not known is that Balochistan is still being deprived of approximately Rs28 billion annually from its share in the federal divisible pool due to technical wizardry.

Prior to the 7th NFC award, population was the sole criterion for distribution of revenue collected by the federal government from the entire country. However, in the 7th NFC, the weightage of population was reduced to 82 per cent. Poverty and backwardness was given 10.3 per cent, revenue generation five per cent and inverse population density 2.7 per cent.

Balochistan was the biggest beneficiary of this new arrangement whose share jumped from 5.11 per cent to 9.09 per cent.

Nevertheless, the 10.3 per cent weightage given to poverty and backwardness has been neutralised by playing with the figures.

In this analysis the focus is only on poverty section of NFC award and other components such as population, revenue generation and inverse population density are assumed to remain constant.

In the 7th NFC award the poverty figures of all provinces were compiled from three different reports. First report used was Poverty Reduction Strategy Paper-I (PRSP-I) titled Accelerating Economic Growth and Reducing Poverty: the Road Ahead which was published by the Finance Division in 2003 based on data of 1998-99. Second report used was Pakistan National Human Development Report 2003 published by UNDP. Third and last report was the province-wise HDI report published by Statistics Division in 2008. Composite poverty figure for NFC share calculation was calculated based on aggregate of poverty figures in three aforementioned reports.

A major chunk of funds Balochistan receives from the federal divisible pool are either wasted through corruption or bad governance, or they lapse. This is something that has to be sorted out in Balochistan

Based on this aggregate, poverty component of NFC was divided among the provinces where it was 23.17 per cent in Punjab, 23.42 per cent in Sindh, 27.83 per cent in NWFP (now Khyber Pakhtunkhwa) and 25.62 per cent in Balochistan.

The problem with the usage of the three aforementioned poverty reports is that those were outdated, and did not represent factual poverty situation in the country in 2009, when the 7th NFC was drafted. This has resulted in unfair distribution of share from the federal divisible pool where smaller provinces like Balochistan are at a loss.

This point can be further elaborated by comparing the poverty levels in Balochistan with other provinces which are almost the same as per the aforementioned reports. This means that the share of funds from federal divisible pool which are distributed based on poverty will almost be equally divided among all four provinces. This is unjust for obvious reasons because there is more poverty in Balochistan as compared to rest of the three provinces. As a result the 10.3 per cent share reserved for poverty and backwardness has been rendered ineffective due to manipulation of data on the pretext of unavailability of latest poverty measurement reports.

In other words, provinces with higher poverty rates are not getting more share from NFC as they were supposed to.

Moreover, in June 2016, UNDP, Oxford Poverty and Human Development Initiative and Federal Ministry of Planning and Development published Report on Multidimensional Poverty 2016. This recent report measured poverty in the country using three indicators, health, education and standard of living, and 16 sub-indicators. Based on these indicators, the multidimensional poverty index (MPI) was calculated for each province which when translated into percentage, presented a much more realistic picture of poverty. According to this report, MPI is 0.394 in Balochistan, 0.25 in Khyber Pakhtunkhwa, 0.231 in Sindh and 0.152 in Punjab.

These figures seem more realistic because there is a huge difference between poverty figures of Balochistan and other provinces.

Moving to the interesting part, when the new poverty figures extracted from Report on Multidimensional Poverty 2016 are used for provincial share calculation as the 7th NFC then the share of Balochistan jumps from 9.09 per cent to 10.41 per cent. The estimated amount of the federal divisible pool for fiscal year 2016-17 was Rs2.135 trillion. An increase of 1.32 per cent in share of Balochistan translates into approximately Rs28 billion.

Interestingly, the 7th NFC expired on June 30, 2015. Presently, same old formulae are being imposed through Distribution of Revenues and Grants-in-Aid (Amendment) Order, 2015. The decision of PML-N government to extend the 7th NFC formulae beyond 2015 is unconstitutional. At the same time it’s absurd to use poverty figures from 1998 in 2017, when latest poverty figures calculated by the UNDP and adopted by the planning commission are available.

Consequently, Balochistan is being deprived of approximately Rs28 billion per year for the last two fiscal budgets. Balochistan will continue to lose amount in similar proportion till the time new NFC award based on accurate poverty figures is not announced.

A claim can also be made for the lost share of Balochistan in resource division from 2010 to 2015 because the poverty figures used back then downplayed the real poverty in the province.

The amount of Rs28 billion which Balochistan is not getting can be used for uplifting the living standards in the province. It can be used to educate approximately one million children, hire 45,000 new teachers or build 7,000 new primary schools. This is inferred from an analysis of Annual Status of Education Report and Pakistan Education Statistics Report of Idara Taleem-o-Agahi from 2011 to 2016. Funds earmarked for health in last budget were Rs17.36 billion which means that the amount Balochistan is losing out on can fund its health budget by nearly 1.5 times.

This point has not been identified so far. Plausibly the ruling elite of Balochistan is not bothered about such issues.

A major chunk of funds Balochistan receives from the federal divisible pool are either wasted through corruption or bad governance, or they lapse. This is something that has to be sorted out in Balochistan -- for that can’t be used as a pretext to deprive Balochistan of its due share in the National Finance Commission.