Cool heads win hearts, the hot ones hurt, be it cricket or politics 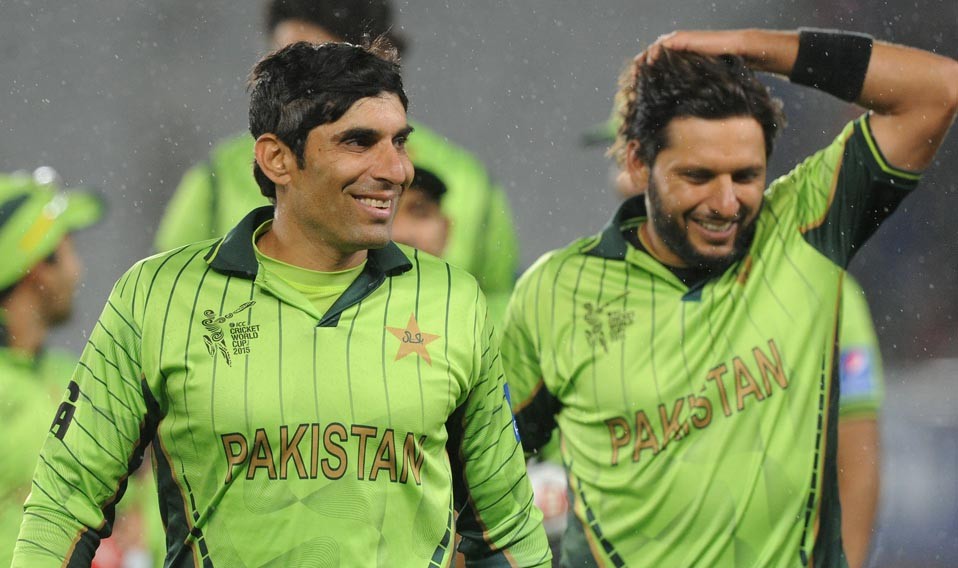 This piece is primarily addressed to seven key ‘leaders’ of today’s Pakistan, and indirectly, to 700 that we hope to have in the next decade -- in politics, economy, government and society. The question is: would you, as a leader, play like Shahid Khan Afridi or Misbahul Haq?

In the seven, two are ex officio and grounded ‘leaders’ i.e., by virtue of office, and secured tenure: the COAS and the CJP. Five are floating leaders who are not sure of their tenure, length in office -- if and when they get office -- or life. They keep fighting and scheming for all three. They are Nawaz Sharif, Shahbaz Sharif, Bilawal Bhutto Zardari, Asif Zardari and Imran Khan.

One is writing this with due humility, as our leaders -- like most leaders -- have three traits that are strengths as well as their nemesis. First, (varying degree of) narcissism which makes them indulge too much in themselves and results in rigid belief that what they know, the way they know and the way they think the ‘problems’ can be ‘fixed’ is the only way forward. The second is arrogant sense of entitlement to office and aspired or proclaimed leadership role, which makes them suspicious and inflexible. Resultantly, they like to be surrounded either with family members or with those who would not ‘challenge’ or ‘contest’ their entitlement, and prefer assumed loyalty (which is often wrong) over merit (which is often visible). In the process, deceptive sycophants win over honest and well-meaning critics. The third trait is inclination to bend rules for personal over common good, i.e., they would play with the rules of the game to change expected outcome to desired result.

The interplay of these traits produces a bulwark to external ‘advice’, however wise, till they are hit by a reality check by discovering their knowledge was inadequate, hunch was wrong, and approach was flawed. So, it is difficult to tell a ‘leader’ how to lead because they become experts after they leave the game.

Please consider changing the game by steady and quality performance, not with flamboyant hit-and-miss. The latter would not do much good to the game or country.

I have watched and enjoyed them both, like most of us. Both entertained, pleased, disappointed, and impacted us and the game surely but very differently. One left a legacy, and went on high note; the other did not leave by choice and left regrets. One is likely to keep playing the role of a statesman, the other is all set to become the next popular evangelist (I pray, I am wrong) to enlighten and entertain the ‘souls’ of the morally deviant.

Let us forget their future for a while, and come to the present and near future of our leaders who have a choice to be Misbah or Shahid, or neither and evolve their own blend from the two.

The price of being Misbah is higher. It takes more effort, its less-glamourous, its wings between uninspiring and disengaging, a tuk tuk that frustrates. But more importantly, it takes lots of guts, a plan, wisdom to stick to plan, and self-confidence of rare type, that doing a right thing slowly is more important than doing rash thing quickly.

The kick and reward of being Shahid Khan Afridi is not only immediate but extremely thrilling and motivating. It triggers high adrenaline. Though 9 out of 10 times it is a let down but that one time washes away failure of nine times. At another level, surplus adrenaline of nine times converts to bad cholesterol and take toll on the psycho-physical health of the player, the game and the spectators.

Now, two concluding observations. One, all these leaders have blend of Shahid and Misbah in varying degrees. All with a little effort can tilt it the Misbah way, the highly recommended way. Two, spectators impel the leaders to be one over the other; opt sensational over the sensible. The spectators are the people (contributors and consumers of) the social, the sensational and the snail media.

The loud noise of crowd’s irrational demands embroils the leaders to slip to boom boom, instead of shorts on merit, and having a once in a while tuk moment.

The COAS decision to retract the Tweet was a Misbah moment, which made him an instant villain from ‘hero who would boom boom the PM’. The SC’s verdict to ‘know more before showing him the door’ was very, very tuk stop. Imran’s consistence to end corruption and bring accountable governance is a Misbah trait but insatiable appetite for being a centre of media attention, and ousting the PM is unwise boom boom. The PM has mostly acted like Misbah, but the CM Punjab is Afridi nine out of ten times. BBZ is too new, and therefore it is logical and natural for him to be more boom than tuk yet, but it is surprising that Zardari, who played a very Misbah inning -- by completing the first ever term -- is indulging so much in boom boom now.

My concluding submission is that leadership is a game of the head, not hot temper. Cool heads win hearts, the hot ones hurt. Please consider changing the game by steady and quality performance, not with flamboyant hit-and-miss. The latter would not do much good to the game or country. Be Misbah by default, and Afridi by design. Change the game by raising the benchmark of planning and performance.

Let us celebrate tuk tuk, that I assure you is the eventual and much desired boom boom.