The Islamic State is successfully carrying out and claiming deadly strikes in Balochistan since August 8 last year. What is the extent of its presence in Pakistan? 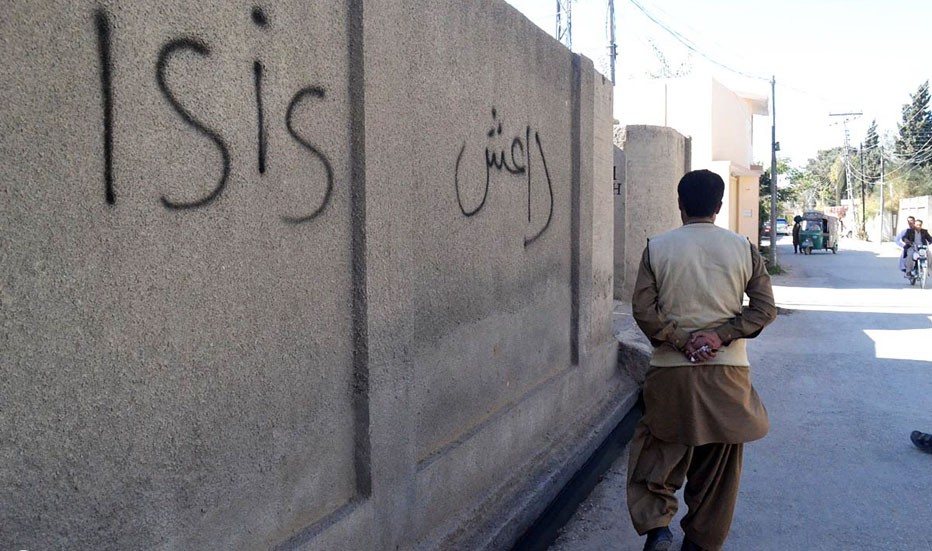 On May 12, Balochistan was rocked with a powerful bang one more time in the area of Mastung when the deputy chairman senate Maulana Abdul Ghafoor Haidery was targeted. He was lucky to have survived the attack but 25 other people lost their lives. The Islamic State (IS) claimed the deadly attack and released its statement in three different languages including Urdu.

On the same day, a trilateral meeting among the delegates of the United States, Afghanistan and Pakistan was held at the General Headquarters (GHQ), Rawalpindi. The delegates underlined the need to defeat Daesh (Islamic State) through complementary efforts in respective areas of operations.

Despite the military offensive on both sides of the frontier -- Pakistan and Afghanistan -- data shows that Daesh is successfully carrying out deadly strikes in Balochistan since August 8 last year when a suicide bomber blew himself up at the Civil Hospital Quetta killing at least 70 people. On October 24, three suicide attackers stormed the Police Training Centre Quetta and gunned down 62 cadets. After a few weeks, a suicide bomber detonated his vest at the Sufi shrine of Shah Noorani in the district of Khuzdar, at least 52 devotees were killed.

The target of the last attack was Maulana Abdul Ghafoor Haidery, general secretary of Jamiat Ulema-e-Islam (JUI-F). Attack on a right wing religious party leader may have been surprising for many; however, the head of the JUI-F, Maulana Fazal-ur-Rehman, too, had escaped unhurt in three different suicide attacks in 2011 and 2014.

The last assassination attempt on Rehman was made on October 23, 2014 in Quetta when a suicide bomber exploded himself outside the rally of JUI-F. The banned outfit, Jundullah Pakistan, had claimed the responsibility of the attack. It was among the few groups who had pledged allegiance to the Islamic State back in November 2014.

Militant circles have for long been criticising the JUI-F for showing an undeterred support for the democratic form of government in the country. The extremist organisations that claim to struggle for the revival of Khilafat have no place for democracy in a country. Likewise, in its recently celebrated 100th anniversary, the JUI-F had invited representatives of various faiths -- something that was condemned by extremists.

Following the Balochistan Police Training College Quetta attack, Geo.tv spoke to Ali Bin Sufyan, LeJA’s spokesperson and he conceded that "it was a joint venture of LeJA and Islamic State, the suicide bombers were provided by Daesh".

On October 31, 2014 the Home & Tribal Affairs Department of Balochistan issued a letter alerting about Islamic State activities: "It is reliably learnt that Daesh has offered some elements of Lashkar-e-Jhangvi and Ahl-e-Sunnat Wal Jamaat to join hands with it in Pakistan".

A high ranking intelligence official on condition of anonymity told The News on Sunday that Daesh is more like an umbrella organisation now, trying to attract international attention and getting projection by extending its area of influence. This will catapult it as a formidable terrorist organisation, thereby attracting more hardcore elements.

"IS does not have any militants on ground. Violent organisations like Lashkar-e-Jhangvi or Jaish-ul-Islam have subscribed to their ideology or some converts from these and other militant outfits like TTP have joined them, in return for funding and provision of suicide bombers," he added.

On December 5 last year, an intelligence agency along with the police conducted an operation in Pishin district. During an encounter Jahangir Badeni, the mastermind of the civil hospital blast, along with four others was said to have been killed. After investigation, it was revealed that those killed were affiliated with Tehreek-e-Taliban Pakistan (TTP), Lashkar-e-Jhangvi Al-Almi (LeJA) and Jaish-e-Islam.

A source who was privy to this operation disclosed that the head of the gang was Jahangir Badeni and all the affiliates had pledged allegiance to Islamic State before the execution of the hospital attack.

Following the PTC Quetta attack, Geo.tv spoke to Ali Bin Sufyan, LeJA’s spokesperson and he conceded that "it was a joint venture of LeJA and Islamic State, the suicide bombers were provided by Daesh".

During early February in an interview to the United States Combating Terrorism Centre (CTC), Commander US Forces in Afghanistan, General John W. Nicholson said, "The Islamic State, the Islamic Movement of Uzbekistan (IMU), and Tehreek-e-Taliban Pakistan (TTP) have also formed a loose configuration. So we see these alliances of convenience or coming together where they have complementary goals, and this is one of our big concerns."

Former IG Balochistan Javed Ali Bukhari who has a sound counter terrorism background said, "Daesh in Pakistan is an extension of Middle East based ISIS. It is a brand and a saleable item these days, that’s why everyone wants to associate himself with it but on ground it is the LeJ that is still active".

February this year, the Counter Terrorism Department (CTD) of Sindh prepared a report titled "Pakistan as a fertile growth area for the Islamic State". The report says: "Despite the support for the Islamic State among tribal leaders, the group has garnered more support among the general population in Pakistan’s settled areas. Islamic State recruitment appears to be high in Pakistan’s well-off Punjab province as well as in Karachi". The Counter Terrorism Department’s report further points out, "the focus now is on tribal areas as a likely theatre for IS expansion, but the real threat may come from IS luring individuals to its ideology in urban areas."

The CTD report further notes the rise in hard-line schools of thought, both within Pakistan and among Pakistanis who work in Gulf countries -- a trend that can make individuals more susceptible to Islamic State influence.

The Islamic State’s virulent hatred of Shiism has also contributed to its growth in Pakistan, as the country’s fault lines have allowed militant groups like the now-defunct sectarian terrorist organisation Lashkar-e-Jhangvi (LeJ) to operate. The top anti-Pakistan militant outfit, Tehreek-e-Taliban Pakistan (TTP), is also a deeply sectarian outfit. Some of the TTP’s sub-groups based in different tribal agencies are headed by individuals who were once affiliated with LeJ.

The Pakistani authorities believe that Pakistan is not as easy a target as Afghanistan for the IS. State institutions like Army, Law Enforcement Agencies and intelligence agencies are far more in control and a wave of IS-dominated militancy that would disturb the everyday life of citizens is far-fetched. Isolated incidents might continue to happen though.

"It is the ideology of religious organisations that trickles down to their ranks and file creating sympathies for the IS and other militant organisations," says Bukhari.

The ultimate objective of Daesh is to attain enough political clout to declare a pan Islamic (sunni) Khilafat. It is a dream of establishing an overarching state all over the Muslim world, removing all disparity, promulgating a system of justice based on Sharia and social welfare. Fueling this ideology are factors like injustice, poverty, unemployment, and lack of response from State. The absence of Madrassa reforms and poor governance in militant infested areas are further exacerbating the mindset of the indoctrinated individuals.

The journey of radicalising youth and women in settled areas of mega cities is another potent threat as there is no major obstacle in its way.