Can the political mainstreaming of ASWJ be successful by ignoring their mission to declare Pakistan a Sunni state and Shias as kafir? 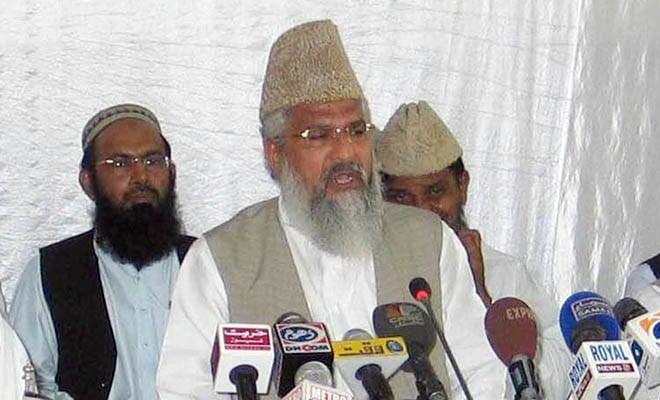 Sipah-e-Sahaba was founded in 1985 in a rural town of Jhang in central Punjab. It is considered the mother of all anti-Shia sectarian outfits and factions in Pakistan. Breaking into many offshoots with the passage of time, the ideology of the organisation is being practised in different ways, both political and militant. However, the offshoots keep a distance from one another, disowning the other factions’ activities.

One reason behind the rise of Sipah-e-Sahaba, according to analysts, was a gradual rise in Shia activism in the country which, allegedly, was getting inspiration and encouragement from the 1979 Iranian Revolution. The creation of Sipah-e-Sahaba and intensification of sectarian conflict has continued for the past more than three decades in different forms with selective voices to officially make Pakistan a Sunni Muslim state. The Sipah, deeply involved in sectarian attacks and killings, also comprised jihadis of Afghan war of the 1980s.

Read also: From Muridke to Kashmir

After a decade, with a growing realisation, reconciliation efforts between Sunnis and Shias to maintain peace were started to bring all main religious/sectarian parties on a platform named, Milli Yakjehti Council (National Solidarity Council). However, a hardliner group within the Sipah, which was involved in target killings, opposed Sipah’s joining the Council and sitting with the Shia organisation on one table.

Ultimately, the dissidents found Lashkar-e-Jhangvi (LeJ) to continue the anti-Shia mission of founder cleric, Jhangvi. The LeJ started a new and intense wave of target killings and attacks in the country.

In these eight years, Ludhianvi failed to reach the parliament -- contrary to the previous heads winning National Assembly and Punjab Assembly seats.

The LeJ was banned in 2001. The founding leadership of the LeJ was gradually eliminated but the faction has many splinter groups active in different parts of the country, establishing links with other jihadi organisations, such as the Taliban, al Qaeda and even Daesh (Islamic State), security and intelligence forces have confirmed publicly.

LeJ al-Alami is the new title, claiming responsibility of some recent major sectarian and terrorist attacks in parts of the country.

Its top leadership, including the founding leader, has been gunned down allegedly by opponents or law enforcement agencies. Haq Nawaz Jhangvi was killed in 1990, Isarul-Qasmi in 1991, Zia-ul-Rehman Farooqi in 1997, Azam Tariq in 2003 and Ali Sher Haidery in 2009.

The current head of the group -- Muhammad Ahmad Ludhianvi -- who has been leading the party for the last about eight years, openly distances himself from taking a hard stance and accepts political compromises while believing in a political struggle. However, in these eight years, Ludhianvi failed to reach the parliament -- contrary to the previous heads winning National Assembly and Punjab Assembly seats.

Ludhianvi, who considers himself to be an "ambassador of peace," insiders say, is unable to gain the support of diehard activists of the party. Along with the active offshoots, Ludhianvi’s continuous political defeat leaves a question open: Whether political mainstreaming of this organisation can be successful by sidelining their mission to declare Pakistan a Sunni state and Shias as kafirs (infidels). So far, it seems, the ideological activist of the group is not ready to give up.