Is the government privy to complexities involved in the deradicalisation of militants? 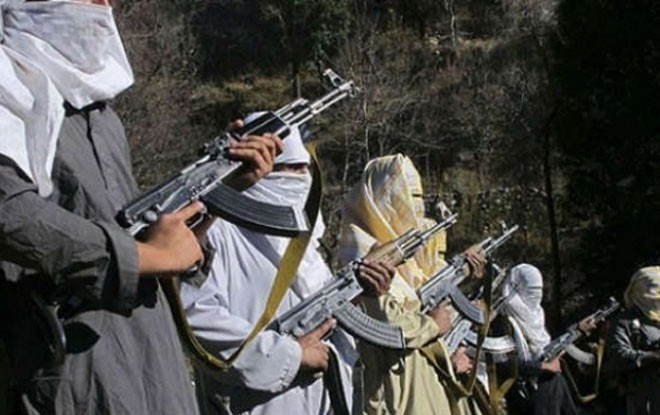 "He (Army Chief) appreciated efforts of intelligence agencies and security forces in winning back dissident/sub nationalist element in to national mainstream through positive engagement," read the statement released by Inter Services Public Relations (ISPR) regarding the visit of Chief of Army Staff (COAS) to Karachi on May 7.

The statement was apparently linked to the recent surrender of high profile militant Ehsanullah Ehsan.

The April 26 video statement by Ehsan has added much traction to the debate on the induction of trained cadre of banned outfits in the paramilitary forces of Pakistan. The idea to deradicalise the extremist groups -- like Jamat-ud-Dawa (JuD), Jaish-e-Muhammad (JeM) and Ahle Sunnat Wal Jamat (ASWJ) -- was initially discussed at a working group session on March 27 this year in Islamabad where JuD and ASWJ top leadership was also present. During the discussion, Hafiz Masood, brother of JuD leader Hafiz Saeed, and Maulana Ahmed Ludhianvi, leader ASWJ, showed an intention to play a role in the political arena of Pakistan.

During a media briefing on May 10, the Director General of Inter Services Public Relations (ISPR) Major General Asif Ghafoor told journalists that the fate of Ehsanullah Ehsan would be decided based on law. He said the motive of showing his confession video was to expose the enemy design against Pakistan.

According to defense analyst Lt. Gen. (r) Amjad Shoaib, discussions on the mainstreaming of extremists have been going on since April 2016. "Back then, the then DG ISI Lt. Gen. Rizwan Akhtar handed over two deradicalisation plans to the PM. He [DG ISI] had been working on the subject since he assumed office".

He adds, the first plan was to be implemented through the Ministry of Interior (MoI) and the second under the National Counter Terrorism Authority (Nacta). "At least six different government departments were to get a role in the proposed plan."

Read also: Disarming the past

According to Amjad Shoaib, the proposals were meant to segregate the extremists based on their history and nature of involvement in militancy. "Some were associated with welfare work of banned outfits, some were doing propaganda and some had taken up arms against the state. But nothing was done to implement the proposed plan."

Senior journalist and analyst Zahid Hussain says, "I don’t think it [reintegration of defunct outfits] is possible because banned organisations are ideologically motivated, and there is no possibility of them to abandon that philosophy."

Few people understand that deradicalisation of extremists or militants is a long-drawn process that entails their mental, behavioural and ideological transformation. It has happened in other Muslim countries that adopted a deradicalisation plan

Few people understand that deradicalisation of extremists or militants is a long-drawn process that entails their mental, behavioural and ideological transformation. It has happened in other Muslim countries that adopted a deradicalisation plan, including Saudi Arabia, United Arab Emirates, Bangladesh, Malaysia, Indonesia, Yemen, Morroco and Jordan. In Pakistan itself, two deradicalisation centres in Swat -- Sabaon and Mashal - are already working in full force.

Social activist Marvi Sirmed says, "As far as other Muslim countries are concerned, the reintegration was followed by a rigorous deradicalisation exercise. That’s missing here. Our deradicalisation model is not transparent, even if we talk about these couple of centres run by the army. In fact, no plan of deradicalisation exists as of now".

Explaining the rationale behind the proposed deredicalisation programme, Lt. Gen. Amjad Shoaib says that in January 2004, during President (r) General Pervez Musharraf’s regime, Pakistan discontinued supporting the banned outfits when the US President Bush was assured that Islamabad would stop its people from going to Kashmir. "Their camps were dismantled. It was the biggest blunder, because for two years you motivated and trained men to wage jihad, and then suddenly you asked them to vacate the area. These elements felt betrayed; they thought Pakistan deserted the Kashmir cause. In reaction, the Punjabi Taliban was formed."

But, he adds, "Back then nobody thought of the deradicalisation programme".

Director Pakistan Institute of Peace Studies (PIPS) Muhammad Amir Rana says, "The militant landscape of Pakistan is complex and threatening. It requires a multifold approach to neutralise the threat."

Explaining further, he adds, a multipronged reintegration framework is important to neutralise the conventional militant groups and remove them from the terrorism landscape. "The government can offer amnesty to banned groups that agree to give an undertaking that they will abide by the constitution of Pakistan, quit and denounce all kinds of violence and militant activities, shun all criminal activities including spreading hate messages, and most importantly will register themselves with the relevant authorities/departments".

Zahid Hussain thinks an individual who renounces violence and militant ideology may be reintegrated after a deradicalisation process, "but not an organisation". For the process to be successful, he adds, "the government must train and educate him so he becomes a responsible part of the society".

Perhaps reintegration would be more effective among the groups that are willing to shun their violent agendas. Even among them, some would have a greater tendency to reintegrate compared with others. Their reintegration is important because the ultra-extremist groups like Daesh and al Qaeda recruit from these conventional groups. Hardcore militants should be produced before the court of law, and there should be no mercy offered to those who butchered innocent Pakistanis.

"A separate mechanism for their registration and monitoring can be evolved at the federal and provincial level. A parliamentary oversight is also important for such processes, and parliament can constitute a high-powered, national-level truth and reconciliation commission to review the policies that produce militancy and mainstream those willing to shun violence," Amir Rana concludes.