The cyclical world of Intizar Husain

Husain is neither a progressive nor a reactionary. If anything, he may be referred to as a naturalist 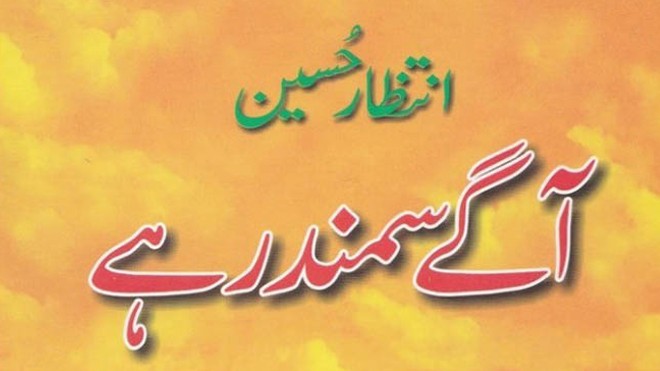 Modernism is characterised by conflicts, wars, colonialism, exploitation and capitalism. This is an age that reeks of the impacts of the Industrial Revolution -- an age of confusion, doubt and disintegration of the society, the family and the individual.

The West tried to subdue nature by the power of the mind or technology. The East sought some centre of devotion for the satisfaction of the soul. But the world of nature was cyclic and it contradicted the world that science and technology conceived. Man lives in the cycle of day and night, in the cycle of seasons. These two concepts could not be synchronised.

The idea is beautifully presented by Edward Bond in his play The Sea, in which a group of progressives leave the conservative world to move ahead into a new world. But the story ends on an anti-climax. The world is destroyed; no sign of life is left behind. Suddenly, from the ruins, a rat creeps out of a hole. The process of evolution starts all over again. Bond also sees a cyclic process in the world, despite his desire to see a progressive world.

The same conclusion is reached by renowned novelist and short story writer Intizar Husain in his novel Aagay Samundar Hai. Here, the sea, as it was in Bond’s work, is a symbol of death as well as of opportunities lying beyond. However, the sound of gunfire is also heard from the other side.

The idea of technology is progress but the process of nature is cyclic. This is where the West is stuck. August Strindberg states it in his preface to Miss Julie: In this play I have not tried to do anything new, for this cannot be done, only modernize the form to meet the demands which may, I think, be made on this art today.

T.S. Eliot also thought all progress was statistical. "Nature on the earth is cyclic. In the stellar world it may be progressive, as scientists suggest by the theory of the expanding universe. But technology is progressive. The two could not be reconciled."

Here, the sea, as it was in Bond’s work, is a symbol of death as well as of opportunities lying beyond. However, the sound of gunfire is also heard from the other side.

This confusion led to the negation of reality. Thus emerged the theory Anti-hero -- Prufrock of T.S. Eliot, Willy Loman of Arthur Miller’s Death of a Salesman. The anti-novel emerged in which there is a negation of the conventions of plot, character and narration.

Then there was stream of consciousness, this included Virginia Woolf’s To the Light House. It has spontaneous expressions of memory, sense perceptions, feelings, thoughts, intuitions simultaneously. There was also Sylvia Plath’s telegraphic style, followed by many others. These techniques also include fantasy, dreams, hallucination, autonomy of artefact, symbolism, expressionism and impressionism.

Then there is new criticism, expressive realism, Marxist criticism, deconstruction, and so many linguistic theories and structural criticism (Derrida). In short, there is no way forward.

Intizar Husain was blamed for being nostalgic and charged for being a reactionary. He was neither. If anything, he may be called, according to one of the literary theories of his time, a naturalist. References to flowers, birds and plants are scattered throughout his writings. He considered man a special kind of animal.

The main criticism against him came from the progressives. They found him too engrossed in scriptures, Kathas and mythologies. They said he lacked a vision for the future and was always looking backwards.

Husain’s problem was that he belonged to a very old, a very rich tradition. He was taught to respect the conventions and traditions of the family. In Aage Samandar Hai, he saw his age confronted with problems; the solutions all lay in the future.

This was the heyday of progressive writers. They thought that their positive struggle would push them ahead. But what was ahead? The whole age was lost in contradictions. The conservatives of Husain’s time resorted to superstitions or looked for a redeemer or a saviour. The progressives had only dreams and fantasies before them. They were devotees of Marx and were highly impressed with the Russian Revolution.

Industrialisation had shown that change was possible. But the change was not taking them ahead. It had created a new kind of savage world where the poor were becoming poorer and the rich richer. A terrible reign of exploitation was the end result. Capitalism was eating into the soul of man. Soon, the realisation came that it was change but without progress.

It was thought by the revolutionists to empower the common man who was already somewhat culturally and economically emancipated. The artisans were literate and had, to some extent, learnt to sustain their life. They were more independent than the serfs. The socialists tried to inspire them to struggle for social and economic justice.

Any revolutionist who wants to bring change must prepare the ground for revolution. Our revolutionists did not bother to prepare the ground. Those ambitious for change should have first created awareness in the people. They took a shortcut by raising slogans borrowed from the West. They didn’t pay heed to how the idea of socialism or communism developed in the West. They ignored the sustained 300-year Western struggle for change. Here, they wanted to achieve that in a decade.

The Progressive Writers’ Movement began in 1936. There was no industrial revolution. Our literacy rate was around 5 to 10 per cent, whereas in the West it had risen to almost 100 per cent when the winds of change began to rise. Even in Russia, the Czar had promulgated an ordinance abolishing serfdom in 1868.

Husain saw this situation. He watched both the conservatives and the progressives. Neither had an answer to the problems faced by the modern man. Neither ideology could satisfy him. Ultimately, he followed nature. He became still more acutely aware of the cyclic nature of life. Progress was an illusion, more so today than at any other time. He saw the present as an extended past. What lay ahead was not known. Only the sea is ahead -- the end or a new beginning, who knows?

Nature is cyclic, technology is progressive. The two could not be reconciled. Husain is neither a progressive nor a reactionary. He is explorative, and a naturalist.

The cyclical world of Intizar Husain