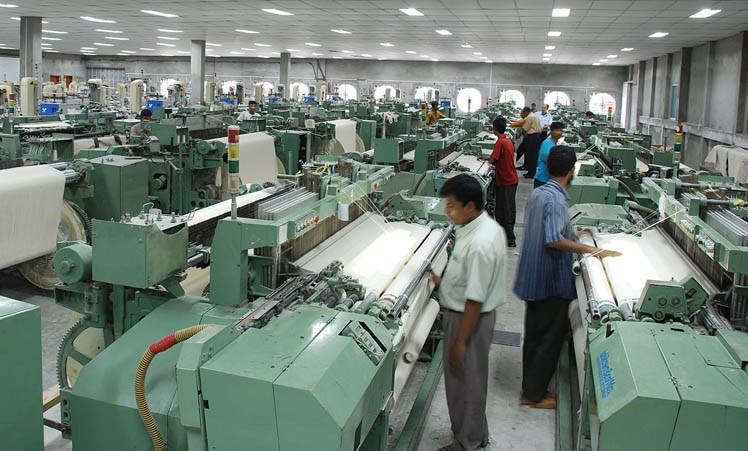 Pakistan’s industrial development is a story of declining fortunes. Why has this happened and what are its implications are the questions being answered in this article.

Like other less-developed and newly-independent states, its founding fathers thought of using manufacturing and industrial development as engine of growth and wanted to substitute imported items with the locally manufactured products. Later, they thought that import substitution is not the right fuel for the growth engine and it needed export orientation. Though the strategy had initial success, Pakistan’s manufacturing and trade potential remained concentrated in a few sectors like textiles and destinations and did not diversify.

Why did it happen? There are many answers to this question. Using a political economy perspective, it seems that the regimes in powers, specially the military, helped those "capitalists" to flourish who sided with the regime. Political alignment mattered more than anything else, argued Dr. Asad Sayyed.

The powers that be did not create eco-system for the entrepreneurial class to emerge through a competitive process of business opportunities. The financial resources, tax concessions, and access to critical information were directed towards friends and families networks. It helped capital accumulation and investments but at the same time it failed to generate independent entrepreneurial class of businessmen who could efficiently face national and international competition in the markets.

The "business class" which thus emerged always needed protection and public subsidies to continue with their inefficient ways of doing businesses. So, there was an initial growth and later decline in the manufacturing industries sector of Pakistan.

Keeping the above mentioned situation in sight in which financial resources and administrative measures were used in making those families rich which were politically aligned with the regime, there was little or no effort to consistently create, coordinate, and upgrade policy instruments such as science and technology and industrial policy with flanking supportive fiscal, education, and social protection policies.

The result of such policy gaps are now manifested even in the relative decline. While the world is moving in the direction of fourth industrial revolution (e.g., revolution in biomedical, robotics, and information communication technologies), we are still struggling with taking baby steps towards e-commerce infrastructure so that big outlets such as Amazon or Ali Baba could start reliable services.

Pakistan has more than 60 per cent of population stacked in the under-twenty-five age category. It means Pakistan needs millions of jobs annually to keep its young population busy in productive work.

We can also say that a general lack of interest in science and technology-led growth seems to be at the base of Pakistan’s declining fortunes in manufacturing and industrial capabilities. Just look at the stagnating labour productivity both in the modern industrial and traditional agriculture sector.

One of the factors of low productivity growth is not having enough specially trained workforce and absence of big firms who can employ the skilled human resource. It is also interesting to note that Pakistan’s growth in services sector is also shown more in the retail sector which does not require high quality human resources such as those needed in the accountancy, law, and banking sectors.

So what has really robbed Pakistan of industrial development and manufacturing capability is a sheer lack of interest in scientific research and ability to find solutions while upgrading home-grown technology.

There is an interesting case of erosion and corrosion in the light engineering sector in Pakistan. There was a time when light engineering products such as household appliances, bicycles, electrical equipment, agriculture instruments were locally manufactured. Those days are over now.

By implication of less emphasis on science and technology related education and academia-industry linkages, the SME sector is not able to find local and customized technological solutions for their small businesses such as good quality and fast processing packaging machines. One of the manufacturers who make specialty products for cars such as fragrance cards are thinking of ordering manufactured products from China rather than making them in Pakistan. One of the reasons is non-availability of local solutions for product manufacturing.

Other worth-mentioning reasons are predatory behaviour of tax officials and banks. But the combined effect is loss of a manufacturing units and unemployment.

What are the implications of not having a robust manufacturing sector? Pakistan has more than 60 per cent of population stacked in the under-twenty-five age category. It means that Pakistan needs millions of jobs annually to keep its young population busy in productive work and also improve their standards of living with better wages.

There is also a consensus amongst revisionist school economists that robust manufacturing sector actually creates demand for good quality education services specially in the field of science, technology and mathematics. It can be safely concluded that declining fortunes of manufacturing in Pakistan has led to less than optimal demand in other sectors too.

Can there be some solutions? Perhaps yes and no is the answer. Yes, if we want to change the current situation and break the binding constraints. Some new vision in the shape of changing entrepreneurial eco-system is there. Now fin-tech (technologies for financial sector) such as for financial payments is taking some shape in Pakistan. Platforms such as mobile apps for connection of consumers and providers of services are emerging though mainly for transportation services (e.g., Careem) and some quasi e-commerce solutions such as order on the internet and payment-on-delivery. However, much needs to be done.

Pakistan needs a serious policy level thinking about creating environment for promotion of science and technology as well as having big companies who can employ human resources in the manufacturing sector. Currently, most of the money is being parked in the real estate and to some extent in services sector.

A serious soul searching based on extensive evidence-based policy instruments are needed to bring manufacturing back in business and solve the issue of unemployment.