Entry by permit only

A recent notification by the ministry of interior states that all foreign tourists must obtain a no objection certificate to visit Gilgit-Baltistan. But the locals find the decision to be problematic 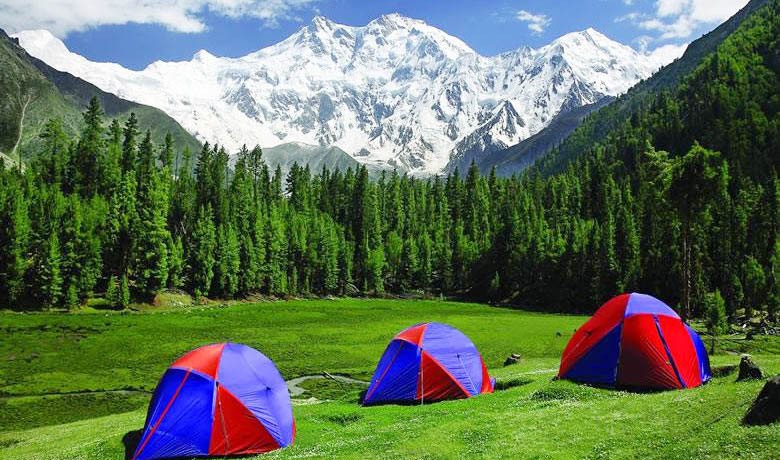 In what can portend to be a potential blow to the country’s tourism, the interior ministry requires foreign tourists visiting scenic Gilgit-Baltistan (GB) to obtain a NOC (No Objection Certificate). The notification this time includes all foreigners, whereas before only diplomats, international NGO and donor agency workers were required to seek permit from the ministry of interior.

The decision comes just as the tourism season begins in GB where the tourism industry is still struggling to make a comeback after the deadly Nanga Parbat attack that killed 10 foreign trekkers in 2013.

The fresh decision has been communicated to GB through a letter sent by Chaudhry Nisar’s interior ministry to the provincial government of GB recently. According to the letter, it has been reported that foreigners are frequently visiting the region without obtaining an NOC or security clearance from the ministry, which is against the rules.

The letter further asks the authorities to take concrete measures to discourage the practice.

A senior official at the tourism department in GB says the NOC is meant for diplomats, international NGOs and donor agencies workers. "Earlier there was an administrative order that didn’t apply to ordinary foreigners. Though the rule existed on papers. But it was activated this time perhaps because of CPEC that runs through this region."

According to sources at chief minister secretariat, the chief minister Hafeezur Rehman wrote a letter to the interior minister requesting him to withdraw the condition because it was likely to hurt the economy. "The CM wrote to him after it was taken up by lawmakers in the assembly recently," he adds.

The decision has triggered unrest in GB, with youth turning to social media to vent out their anger as tourism is the mainstay of their economy. "…The decision means you are asking foreigners to stay away from GB," a resident of Gilgit writes on the social media.

According to individuals associated with the tourism industry, every 5th person in GB is directly benefiting from it and the decision is bound to directly hit him.

The tour operators believe obtaining an NOC is difficult as the tourists are asked to apply for a NOC six months in advance.

According to reports, the fee for an expedition on K2 is $12,000, and annually five to six expeditions are scheduled for Pakistan’s highest peak alone.

The attack on Nanga Parbat however proved to be a major blow to foreign mountaineering expeditions, which provide the last vestige of international tourism in a country that has fought militancy for quite some time now.

In the following years, the region saw a shift from foreign tourism to domestic tourism the credit for which also goes to the opening of Kaghan-Chilas road via Babusar Pass. According to the GB government, more than 0.5 million tourists visited GB in 2015, and the number increased from 0.5 million to 1 million in 2016. "We are expecting more tourists this year compared to last year," said Chief Minister Hafeezur Rehman recently. "This is all because of our government’s tourism-friendly policies."

But the statistics are contested by many including tour operators. "I was doing a research on tourism and I realised that accurate information was hard to come by," Amjad Ayub tells TNS.

"On ground we don’t have any record to substantiate the chief minister’s claim," says Ayub who has twice been elected as President of the Pakistan Association of Tour Operators (PATO).

Ayub adds tourism may impact nature, environment and resources negatively. However the disadvantages must be balanced out with the benefits that tourists bring with them. "Foreign tourism is sustainable with more economic benefits. In terms of economic benefits, 100 domestic tourists are equal to one foreign tourist," he says continuing, "The latest move by the interior ministry would be tantamount to economic murder of those associated with tourism"

The tour operators believe obtaining an NOC is difficult as the tourists are asked to apply for a NOC six months in advance.

While the 18th amendment in the constitution may have served the purpose for other provinces, it has adversely affected GB, especially when it comes to tourism.

"After the 18th amendment, there is no one in the centre to speak for GB," says Ayub, referring to the tourism ministry which stood dissolved after the amendment. "It’s now like an orphan."

He says the tourism department in GB had miserably failed to promote tourism as it lacks power and authority. Due to special constitutional status of GB, after the devolution under the 18th amendment the control of tourism as a subject went to the GB Council, a body headed by the prime minister himself.

Additionally, the power to issue trekking permits to tourists also became a prerogative of the council under Article 33 of the Gilgit-Baltistan Empowerment and Self-Governance Order of 2009.

Before the 9/11 attacks, it is estimated that more than 20,000 foreign tourists, climbers and trekkers used to visit Gilgit-Baltistan each year, but the number has since fallen to mere 5,000.

The latest decision is likely to further bring down the number drastically if not reverse immediately.

Faizullah Faraq, spokesman GB government, thinks the decision is "unfriendly". "This will not help us promote tourism that we dream of," he tells TNS. "It should be withdrawn."

Entry by permit only