The time in Neverland

It is unrelenting, it is costly. It saps and drains you, as life does. And yet it is the same, as it was all those years ago… 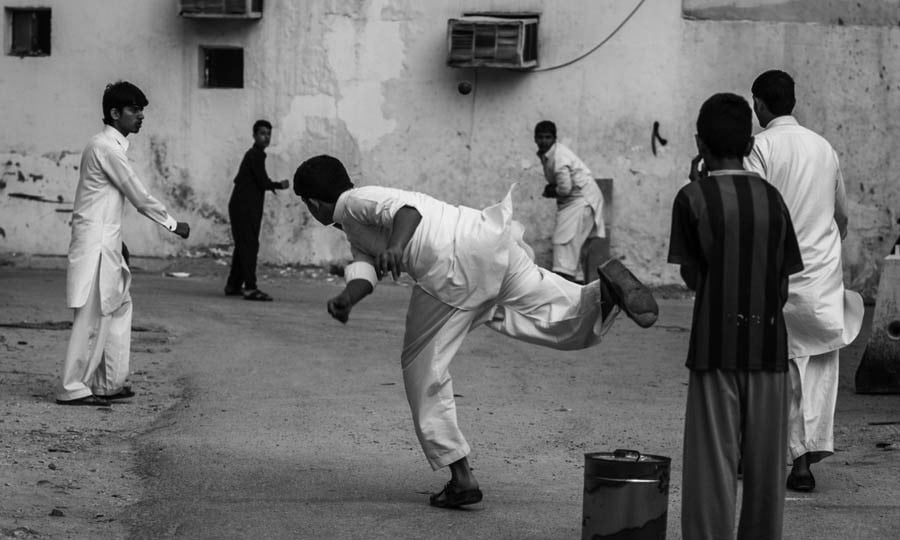 Seasons represent not just the passing of time, nor simply the perfunctory and ungrateful orbiting of the sun, but carry within them affectations. Affectations that are attached to them by us humans.

Winter is not simply cold and freezing, it is despair. Spring is not just the lengthening of the day, rather it is hope. Autumn is foreboding, it is ominous. It is gray clouds gathering over a barren landscape. Clouds that seek not to replenish, but to destroy. Autumn is the preparation for winter, and winter is simply the culmination of autumn.

Like autumn, spring too is transition. And summer is its culmination. It is the realisation of spring, of hope. And yet the summers here are harsh -- maybe hope, and desire, outshine reality.

In the plains the summer heat toasts the wheat fields to rust. Elsewhere the warm summer wind, the lu, offers little respite at best, and causes madness at worst if one is to go by its treatment in literature. Even in the foothills of the imposing mountains up north, the rays of the sun conspire with the altitude to exhaust all creatures, one and all.

The days get ever longer, and the afternoon shadows stretch farther and farther. Each summer has brought more lethargy to my person, and to my thoughts, than the last. But now that I think back, this was not always my view of the summer.

Growing up I had worked out an exact science to determine the start of summer. This I did so by observing the desert cooler. Just as it sits on that borderline between your house and your neighbours, so too it sits on that undefined line between spring and summer. Your first sign of the transition is when the enchanting creek of the overhead fan gives way to the violent humdrum of the desert cooler.

I would know summer had truly commenced the day I would stand in front of the desert cooler, lift my shirt and be pervaded by the moist, damp, cool air that would emanate from that hole in the wall. With an open mouth I would let the ferocious wind batter against my cheeks, and revel in the mechanical echoes that would sound back to me after I shouted into that dark and dingy corner of the room.

So this summer, another trip is due. To a child’s world of carefree delight, that can spin a simple tale and find joy in the worst of weathers.

A more universal metric however is the end of school. To this day, that is my primary association with summer. The heat and the sweat I remember were secondary to the feeling of freedom and unwarranted joy one felt the moment the final bell rang to mark the end of the school year.

Before you were three months, which seemed much longer then, of all the things that were good and merry in life. No longer was there a need to argue with your mother to let you stay up late, for the summer washed away the need for a bedtime. On the agenda for the day was an unhealthy diet of television, snacks and frolic.

The afternoon was my favourite time of the day when all the kids from the neighbourhood would gather to play. When we weren’t playing cricket, we were spinning complicated fantasies and letting our imaginations take us to far away lands, or enacting our favourite movie scenes. Sticks that lay about in the yard became guns as soon as you pointed them toward others and let out a loud dishoom.

Read also: A wave of joy

Every afternoon was like a trip to ‘Neverland’ on the shoulders of Peter Pan. It was a whole world that came to life as soon as all the adults in the house rested their tired minds for an afternoon nap. A summer afternoon to me denotes escape; kids escape the heat by way of their imaginations, while adults, sapped, tired and hardened by life do so by way of their mid-day dreams.

Day-spends with friends would turn to night-spends as parents mellowed in their concern for the children now that school was out. Cricket games would turn to long sessions of hide-and-seek that would last from dusk till late in the night.

No summer would be complete without a trip to the hill stations in the north, a delightful vestige of the British. Murree and the Galiat of KP would be flooded with a sea of humanity that sought refuge from the urban mess of the plains. Be it horse rides or long walks on winding misty roads, the children would compete with honeymooners for space.

Blessed are we in this country to be able to take a breather from the heat.

But today, this time around, the summer season seems to be beating down on me. It is unrelenting, it is costly. It saps and drains you, as life does. And yet the weather is the same, as it was all those years ago. The cities, the towns, the land too are the same. All that’s changed is me.

So this summer, I think another trip to ‘Neverland’ is due. To a child’s world of carefree delight, that can spin a simple tale and find joy in the worst of weathers, in the harshest of circumstances.

The time in Neverland