It’s all about nostalgia, a lost paradise, a reminder of which comes every year but you can’t ever get hold of it again in your adult life. Yet you keep trying 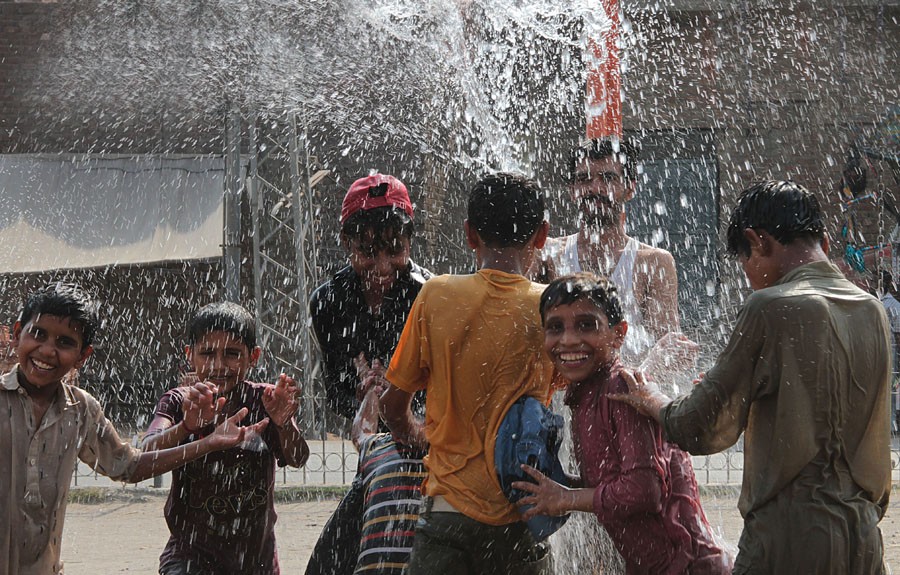 Like other things, this too must have started in childhood. This love for all things associated with summer. For a school-going child, there is obviously nothing more charming than a three month long break. For me too, it must have been this sense of collective idleness and boredom that I shared with all the children around, friends and cousins, that made summers look special.

The heat didn’t matter, it did not. The holidays’ homework could wait till the end. What was important was how to kill the boredom gainfully; you bet we did that. It was more important to sneak out in the afternoon soon after the parents’ nap began. At that precise moment, the spanking that was to follow our afternoon sojourn was not even a consideration. Getting out of the house was.

It’s difficult to live in Lahore and tell the people around that you like summers. They look at you a little oddly, as if you’ve gone bonkers. These are people from your own city, or Islamabad maybe, for I know nothing about the Karachi summer. I know a bit about the Multan summer which is harsher than Lahore but is made sweeter a few months down by all the mangoes around.

About Karachi, I’ve heard the breeze serves as a lifeline in the hot weather. The only breeze that we experience here in Lahore comes in the form of aandhi that puts a stop to the rising mercury in dry months, even if briefly. It’s tumultuous this aandhi and beautiful too.

In Lahore it is aandhi for everyone except the next day’s English newspaper that prefers to call it a dust storm. It usually comes in the evenings shaking everything that comes in the way. The doors bang, a window glass breaks once a year on average. Birds float in the sky, trees dance ferociously as the image of falling leaves both scares and excites those who are on the roads. Aaaaandhi! There are loud cries to pick the clothes on the line and shut all windows. Though the next morning’s mess shows nothing helped.

It’s all about nostalgia, memories of last summer and the summers before that. It’s a lost paradise, a reminder of which comes every year but you can’t ever get hold of it again in your adult life.

You try to replace the pure joyous excitement of childhood with an acquired appreciation of how nature compensates for this harshness. It is amazing the way heat lends fragrance to flowers. You could give your life for motia alone that heralds the season’s arrival and leaves you craving for more. The waft of raat ki rani can make you forget all the day’s woes for that moment and much longer.

Come July and the sky would become overcast and it poured like nobody’s business. We the children were told to bathe in the monsoon to cure our prickly heat rash. So we splashed, played and danced in the rain as all memories of lu faded.

But one did acquire habits in the summers while growing up -- reading for one and thankfully so. The days were too long to be spent without reading. Outdoors was good and so were board games but how could one not read. I preferred trash, readable trash, as did most kids around me. Looking back, I realise that reading trash is so important in order to read well. Gradually, you started reading well.

Today, somehow it feels as if you had read everything worthwhile in the long summer afternoons, lying on your bed. In a season that lasts for almost eight months, you can’t be blamed for thinking this.

As kids, the evenings were divided between television and socialising on rooftops. On the rooftop were games giving way to gossip, moon sighting and rolled love letters. Where did all those people go…

You could feel then. Intensely. Now you only observe and think more.

Mercifully, the colours of spring do not leave with the advent of summer. Soon the simbal trees deck up the roadsides followed by gulmohar and gulcheen and what not. Gulcheen stays throughout the season spreading magic just the way it looks and smells and soon it’s time for the yellow flowers of amaltas.

The colours keep changing but before you know it’s time for the monsoon. Summer is not as predictable and neatly divided between the dry and monsoon months as it used to be, some decades back.

Come July and the sky would become overcast and it poured like nobody’s business. We the children were told to bathe in the monsoon to cure our prickly heat rash; the powders could wait. So we splashed, played and danced in the rain as all memories of lu (heat wave being an inadequate translation) faded.

Children still bathe in the rain. I wonder if they still make paper boats and leave them in the puddles and watch them perish as we used to.

As the rain water feeds the dry cracked earth, it emits a strange smell that is unique to this land. Even now, when the monsoon comes a little sooner, the smell of the wet earth is always there. It stays in the mind to be enjoyed year after year. As the floodgates of rain are thrown open, the ground becomes so moist that there can’t be any more dust storms. There is just humidity followed by more rain till the ground is all satiated and all heat and humidity are gone. Until the next summer.

The joys of childhood may be no more but each year summer does bring a promise of those lost pleasures. When the days are as long and hot, there is more reading to be done. There may not be dancing in the rain but the matti after the first monsoon rain smells as good, always. Perhaps this is why I still like summers.