What’s the best thing this case has done for the nation? 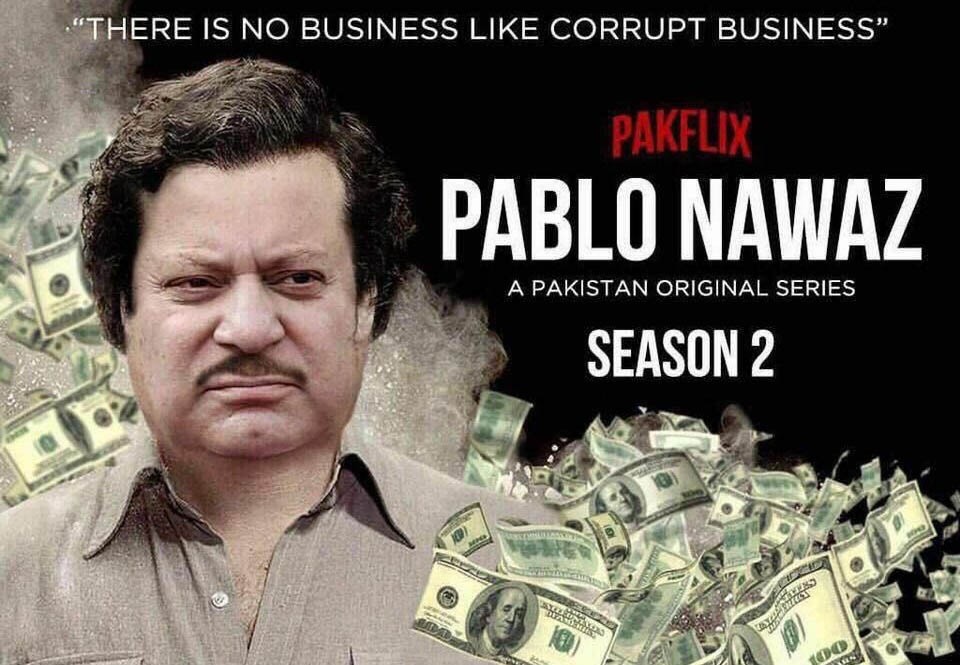 The Panama case verdict came unexpectedly and unanimously in favour of Fresco Sweets. For almost a year now, Pakistanis have been on tenterhooks, awaiting the result, with the media in particular going the extra mile by ignoring all bomb blasts in rural and tribal areas so the people could get their daily fix of Panama.

The PTI put in a year and a lockdown into the case, they attended hearings daily like they should have the parliament. But this focus on ensuring integrity in the body politic was scooped by Asif Ali Zardari just as the result was announced. Ever the wily politician, never a petitioner to the case, having spent a lot of time abroad after making an ill-advised speech, he stole the thunder from under the PTI by owning the issue like a Surrey Mansion.

Nawaz Sharif, never one to read the fine print, gathered the family together to pose for pictures and eat sweets. He celebrated the decision like it was 3-2 by judges in a boxing match. But of course, the realisation soon set in the Nawaz camp as they parsed through the judgment and its eloquently quoted bits of plagiarised references, urging for probity and integrity in the national domain. Neither Sadiq nor Ameen, his grief was he was now only Sharif.

As the nation feigned intimate knowledge of the works of Balzac and Mario Puzo, Imran Khan downed his bittersweet ladoo to demand the resignation of Nawaz Sharif. Again. Except this time he has a real shot at it if he can cobble an alliance together. Imran’s party, the PTI, has the most politicians in the country with offshore accounts, and he has used their knowledge of the dark arts to prosecute Nawaz with determination.

For years Pakistan has been drowning in cricket clichés to describe politics, thanks to Imran Khan, and not to be outdone Nawaz Sharif has made a comeback with the mother of all clichés, the Qatari Shahzada. Qatar used to be the place where you brought back a nice pair of sunglasses or a gold watch, but this Qatari letter no one was having, not the least the Supreme Court. Just like 35 punctures became the synonym for a false allegation, the Qatari letter has become the symbol of false evidence.

Nawaz Sharif, though, is slowly realising the world of trouble he is in. The case didn’t finish as much as it adjourned for more information. He now wishes he had just rented instead.

The best thing this case has done for a nation whose geography knowledge is limited to four countries -- India, America, China and Afghanistan -- this case has had the invaluable service of introducing Qatar and Panama to the fore of the big four.

The nation was rapt with attention as the daily hearing of the Supreme Court muddled along during the past few months. The big questions were being asked, and the biggest question the nation was dying to know the answer to was how the PTI and PML-N got any work done if all their senior ministers were at the court or on nightly shows discussing the case.

The judgment itself was of great interest to everyone. For the first time the PTI took a deep interest in minorities. The language of the dissenting note was laden with the politest of invective. Godfather and Dogfather memes were circulated immediately. It didn’t help they were incorrectly attributed to ballsack.

Nawaz Sharif, though, is slowly realising the world of trouble he is in. The case didn’t finish as much as it adjourned for more information. He now wishes he had just rented instead. His lawyers thought the Qatari letter was conceivable but the judges thought it was unbelievable. His aides stopped him from addressing the nation since that is what got him in this mess in the first place.

There is a JIT he has to contend with, and everyone will be asking him for the money trail. To tell the truth won’t be good for him, which is why he needs a war now. Truth is the first casualty in war, or just as often in the opening statements of a defendant’s lawyer. Nawaz Sharif lied to journalists in interviews, in his address to the nation on tv and to the Supreme Court, the only place he doesn’t lie is the drawing room because the chairs are upright.

Speaking of godfathers, it seems Imran Khan was made an offer he did refuse. But after the Panama verdict, it may very well be that Rs10 billion offered to him in an email from Nkemjika Ajulo Yekinni on behalf of Nawaz Sharif if Imran deposits $1,000 first just might not be real.