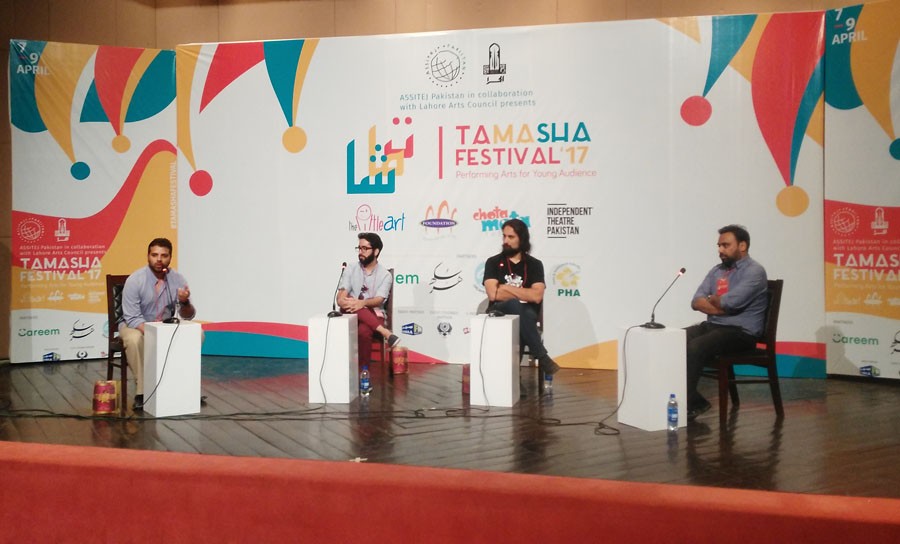 Make Pakistani music great again. As I write these words, I am listening to a 20 years old number by Junoon. Why, because I can still connect with it -- after all these years. Will you be listening to the kind of music that is being produced today, 20 years from now? That’s the million-dollar question our music connoisseurs and masters are pondering over these days. Tamasha Festival 2017 hosted one such discussion, aptly titled ‘Technology’s Impact on Music Art in Pakistan.’

First, I must admit that music is becoming perishable, and it hurts me to the core. You pick up the ‘Golden era’ songs. You can listen to the whole song. You remember them, down to the last note, but not the ones produced by these newbies. Why not?

So, I walked into the Alhamra Hall III, with a particular mindset. The moderator was Rakae Jamil, a renowned sitarist, while the panel included Jamal Rehman (who recently earned fame for giving the score for the movie Manto), Ali Noor (of Noori band) and Xulfi.

After formal introductions, the question was brought forth -- is there a threat to originality due to technology. My focus got fixed, because personally I had been thinking the same thing for the past some time.

Everyone on stage seemed to agree on the fact that music is organic, and that it’s a collaborative effort which should permit shortcomings. In fact, as Xulfi said, "Pick up the classics and you’ll find fumbles, things that make a song more real and relatable. These imperfections made these music tracks what they are today. Earlier, the musicians would sit, jam and record together; there was soul and meaning in what they produced. It wasn’t like recording in separate sessions where you fine-tune every single item on your computer screen within a week or so.

"Adding more and more synthetic elements to your music and trying to produce a next-to-perfect product is not doing us any good. It just doesn’t last long in the market," he concluded.

I came out of the hall, still thinking how technology is a threat to originality in music. Maybe such discussions can only help you thus far -- they can set you thinking.

The focus soon shifted to the smart phones, where the people do everything from watching videos to listening to music. "Our entertainment quota is faced with competition from everywhere, and music seems to be losing in the blinding race to win the popular attention," said Xulfi, who is the former member of Call band, and the man behind such initiatives as Nescafé Basement.

Read also: What’s in a Nim…

Here, again, the entire panel was unanimous on the fact that today’s audience has shorter attention spans, which is why there aren’t any loyal (read longtime) fan following, to speak of. "The people are listening to so much and there is so little time and quality that the artists can guarantee these days," Xulfi added. "You have to constantly innovate to get to your audience now which has too much on its plate already."

At the end, I couldn’t resist the temptation to pose a query. I shot, "What can be done to help the situation where convenience, bad lyrics, and lack of soul are killing the music landscape?" Ali Noor responded, "See, we’ve done our part. The responsibility now lies with the present-day generation and the ones to follow, to drive music in the right direction."

I came out of the hall, still thinking how technology is a threat to originality in music. Maybe such discussions can only help you thus far -- they can set you thinking.