Out of school: The batch of 25m 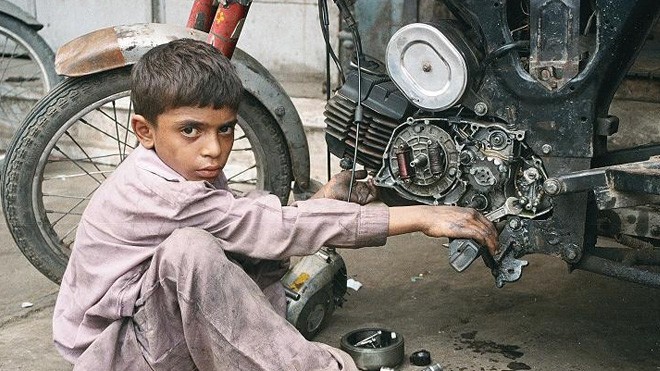 It is a stark reality that above 25 million children between the age of 5 and 16 years are out of school in Pakistan. Successive governments have been trying to increase enrolment in schools but there have been few successes, some of them short-lived.

Unicef’s report under Global Initiative on Out-of-School Children, states, "Demand-side socio-cultural barriers and bottleneck influencing exclusion from school in Pakistan are strongly related to society’s attitude to gender roles, with girls in particular facing restrictions on their mobility because of fears about their safety and the need for them to carry out household duties…"

Abbas Rashid, executive director at the Society for the Advancement of Education (SAHE), explains the reasons for these trends. He believes quality plus affordability are crucial factors when it comes to enrolment and retention of children in schools. He says, "even if there are no tuition fees and textbooks are free, one has to spend on uniform, transportation, etc. The opportunity cost of sending children who can work and earn is an addition to this." "The economists," he adds, "describe this cost as what one has to forgo while opting for an engagement in place of the other."

Read also: "We need a better understanding of who is out-of-school and why"

Rashid notes that, "even after overcoming all such difficulties, when a person finds the quality of education dismal he decides against sending his children to school." Like low enrolment, Rashid believes, children dropping out of schools is also a major issue. "The ratio of dropouts increases as we move from primary school to high school, with half of them dropping out before completing their middle school education."

High dropout ratio is also a big challenge. Studies have shown children mainly drop out as they are not willing to go to school due to the school’s environment and corporal punishment.

He says a major reason for this is that "people from the lower strata of society believe education will not make much difference in their children’s life so they are satisfied if they attain basic literacy."

The most frequently reported reason for girls not attending school, according to various studies, is their parents’ unwillingness to send them to school. Other reasons are the cost of schooling, long distances to schools, and a child not willing to go to a school. Among boys, the child’s unwillingness to attend school and the cost of schooling are the most commonly cited reasons.

Identifying structural issues, Mosharraf Zaidi, Campaign Director, Alif Ailaan, points out that "the biggest challenge is to enroll children who are in the higher age-bracket, especially those between 10 years and 16 years old." On the other hand, the parents get their children enrolled in schools when they are 5 to 7 years old because at this age these children cannot be employed for work. "They have to make a choice when these children reach an employable age."

High dropout ratio is also a big challenge. Studies have shown children mainly drop out as they are not willing to go to school due to the school’s environment and corporal punishment. Among girls, the major reason cited for their dropping out of schools is their parents asking them to help at home.

Zaidi talks about the context in which the figures were worked out. "They had to fight a battle even with their donors when they decided to include children between the age of 5 and 16 in their study on out-of-school children." Earlier," he says, "the government would only consider children in the early age bracket and put the number between 5-7 million. They based their formula on Article 25 A of the Constitution of Pakistan introduced after the 18th Amendment. The said article makes it binding on the state to provide free and compulsory education to all the children between five to 16 years of age."

According to the sources, the government was initially not happy with this calculation but ultimately had to accept it. It was for the first time in 2016 that the government published the official figure of out-of-school children to be around 24 million. In March 2017, the government came up with a reduced figure of 22.6 million. Though it is different from the one worked out by independent studies, it is far higher than what the government quoted previously.

Zaidi says out of the 22.6 million out-of-school children most are 10 years and above in age. As many of these children have never gone to school, it is not possible to admit them in the grade in which the children of their age are studying. "At the same time, they cannot be admitted to the entry level classes in which children half their age have been enrolled." He suggests the government must take innovative steps, such as opening of informal schools for these children.

Another major structural issue is that most of the schools in the country are primary and the middle and high schools are far less in number. Zaidi cites the example of Sindh where out of the total 42,000 schools, around 40,000 are primary schools, 1600 or so middle schools, and only a few hundred high schools. This disparity is because historically teachers for primary schools have been matriculates. So, successive governments have given employment to less educated people as primary school teachers in order to appease their supporters.

Special initiatives and incentives have worked all over the world and helped increase enrolment, though there have been setbacks as well. Zaidi agrees and cites the example of school meal programmes where children are given breakfast and lunch at school. "This has prompted parents to send their children to schools. The same is the case with cash grant programmes provided other structural issues are also taken care of," he adds.

Rashid adds transportation as a major factor in this context, especially for girls, and says non-availability of transportation is directly related to non-enrolment. The government, he says, "must ensure that students are transported to their schools without much hassle". He also terms lack of an enabling environment for teachers a stumbling block in the achievement of enrolment goals. Though their salaries have increased in Punjab and Sindh, teachers are entrusted with additional tasks like election and census duties, dengue control, and support to vaccinators, etc.

Zaidi points out a component of Benazir Income Support Programme (BISP) called, "Waseela-e-Taleem" that supports families that enroll their children in schools and keep them there. However, he says, to make such initiatives effective again the other structure issues will also have to be taken care of. "The models will not deliver if followed in isolation."

Out of school: The batch of 25m

“We are a nation in search of its moorings”