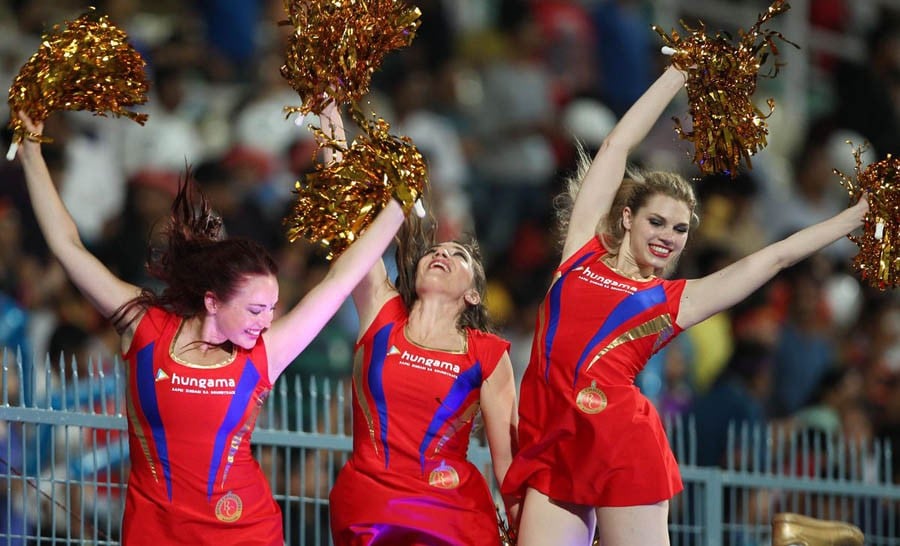 Who might have ever imagined that rebel stints of an 18th century group of college men would become a tradition called cheerleading in the twentieth century? So much so that today we have more than a million professional cheerleaders scattered around the globe equipped with innovative and stimulating chants, acrobatic stunts, and tricks to entertain an audience.

Although history evolved differently, today cheerleading is predominantly performed by females whose routine often includes waving of large fluffy, flower-like clusters or streamers made up of different synthetic and fibrous materials famously termed pom poms. Ironically, instead of just colouring the environment, the image of a woman with billowing pom poms in hand becomes a means to promote commodification-cum-objectification culture that perpetuates the peripheral and stereotypical status of females in society.

Stereotypicality in societies exists in many shapes and forms. From ideological framing to socio-political rigidity to religio-cultural mind-sets, the practice of seeing things and people from a monocular perspective comforts people’s egos, making them feel safe within their framed domains. However, this safety, in the case of direct exposure to female body, may offer substantial sexual gratification to the opposite gender.

Consequently, woman in the role of a cheerleader acquires an object position equating her worth with her body’s appearance and sexual function.

This may be true for many other fields such as modelling and acting which satisfies the objectification theory at many levels; yet a subtle but acute difference exists between these fields and cheerleading activities. Despite the flaunting of body, a woman walking on the ramp directs the gaze of an onlooker to the product and not the subject advertising or marketing it. A female cheerleader with her semi-nude outfit, on the other hand, does not chant and shout to refract the gaze but attract the attention to herself. Sexual objectification occurs when a woman’s body or body parts are singled out and separated from her as a person and she is viewed as a physical object satiating the male sexual desire. What could be a better example of this than cheergirls?

The separation of body from person is further accentuated by media that focalises the specific angles and dimension of female body during sports events.

With women as cheerleaders, we might be creating another marketable commodity but this time, one with a human body on sale.

Interestingly, a century ago, the dynamics of attraction and refraction in cheerleading existed in absolute polarity. A backward glance reveals that by the mid of the nineteenth century, the tradition of cheerleading had spread across Europe and was mostly evidenced in sports grounds with excited students chanting in unison to uplift the spirits of their favourite players and teams.

However, for long, men remained the sole in-charge of the activity and it was not until 1923 that women began to take part in the organised crowds of cheerleaders. It is in the middle of the twentieth century that people started to label the cheerleading actions of men as feminine thus establishing women’s position in the space that was dominated by men until then.

With the formation of National Cheerleader Association in 1948 at Texas, the nature and dimensions of cheerleading changed forever. Lawrence Herkimer, the founder of the group sensationalised the activity by introducing uniforms, herkie jump and spirit stick into an activity otherwise limited to oral gimmicks.

Fred Gastoff’s invention of the vinyl pom-pom in 1965 completed the cheerleading culture with necessary paraphernalia. Women were selected for the activity mostly owing to their visual sex appeal and ability to dance. In other words, the gaze of the targeted men determined the market success of these female entertainers.

To further problematise the sexual fixations, in the late 1970s, teensploitation flicks The Swinging Cheerleaders, The Pom Pom Girls, and Satan’s Cheerleaders set the tone for the objectification of the cheerleading performers. The film industry harboured the R-rated sex through provocative use of the female body for the stunts ranging from preps, thigh stands, and extensions despite the fact that cheerleading carries a very high rate of injuries in sports. One may question the functional utility of such activities; were they orchestrated and performed to add sparkle to the sport grounds and entertain the audience, cheer up and motivate the players and distract the opposing team through semaphoric actions or to pump up the adrenaline and gratify male desires.

In Pakistan, not a very long time ago, the use of fluffy little sticks was restricted to school grounds during physical training feats by little girls in prim uniforms. The journey from school grounds to sexually objectifying environments of play grounds runs parallel with our society’s growing obsession with Western traditions. Initially, the idea of watching half-naked young girls tumbling, dancing, jumping, cheering, and stunting and as a result turning on the opposite sex with wholesome sex appeal was an idea not easily digestible to many a mind developed under the safety modes of conventional societies like us.

However, following the proliferation of shoulderless dresses, bathtub maidens, and sensual damsels, on media and ‘elsewhere’, the acceptance of pom pom girls does not cause any grave problem to the cheerleading culture in Pakistan. Having girls as cheerleaders in tournaments, of which the recently held PSL is one such example, questions media’s role as a beneficiary of female body projection done in the name of motivation and entertainment. It is, moreover, understandably clear that judging this phenomenon against religion further complicates the issue in our context. Besides, the fitness that becomes a hallmark of excellence for the pom pom girls may help engender feelings of inferiority in women who might be measured against misleading standards of beauty and agility.

With women as cheerleaders, we might be creating another marketable commodity but this time, one with a human body on sale. To me, a pom pom girl does not create an identity for herself by pleasing and cheering others but herself becomes an object for pleasure.