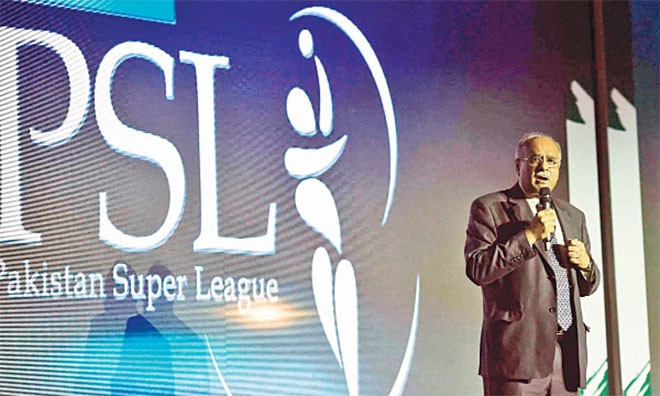 The Pakistan Super League (PSL) spot-fixing scandal continues to unraveling, leaving Pakistan cricket in hot waters. The Pakistan Cricket Board (PCB) is apparently on a collision course with government agencies over the handling of this matter.

Interior Minister Chaudhary Nisar has categorically said that FIA has a role to play in the investigation. The names of cricketers, allegedly involved in the scandal, have been put on Exit Control List. Nisar says the cricketers involved in fixing have brought the country’s name into disrepute.

However, the Prime Minister’s alleged involvement in corruption as revealed by Panama Leaks discredits to some extent government’s initiative against the cricketers.

Imran Khan, arguably Pakistan’s most popular cricketer of all time and now a political leader, has questioned why only blame cricketers when the head of the country is involved in corruption.

Nevertheless, the positive impact of holding the PSL final in Lahore has also been noticed. Last week, Leisure Leagues announced that seven famous international footballers, including Brazil’s Ronaldinho, England’s David James and Dutch George Boateng, would arrive in Pakistan in July this year for exhibition games.

Chief Operating Officer of Leisure Leagues Pakistan, Ishaq Shah, has said that the holding of PSL final in Pakistan has provided a "comfort zone" to Leisure Leagues to host international footballers in Pakistan. This week, Pro Wrestling Entertainment Pvt Ltd announced that it would be holding professional wrestling competitions in Pakistan soon and named its event "Connecting People".

Badshah said that the initiative they were taking was to portray a positive image of Pakistan in the world. "Through this event, we aim to tell the world that Pakistan is a peaceful country," he said.

According to details, 25 wrestlers from 18 countries will land in Pakistan as part of this wrestling mania.

Badshah also said that a wrestling academy would be launched in Pakistan as a part of this programme.

During a national squash event in Karachi recently, legendary squash player Jahangir Khan said that the PSL final in Lahore has also boosted Pakistan’s squash community’s morale. "I am now hopeful that we can hold international squash tournaments outside Islamabad as well," he said.

Pakistan Squash Federation (PSF) has been able to organise international events in Pakistan for some time. But all international events were restricted to fortified Islamabad. Moreover, smaller size of squash courts and stands makes it easy for LEAs to provide protection.

Alam says many foreign players have already consented to feature in Pakistan Hockey League whenever it is held. "PSL’s final has given us confidence at least to endeavour to hold some international events on home soil," Alam said.

With all these developments following PSL’s final, one thing is certain that it has rejuvenated Pakistan’s sports fraternity. And it will bring international action to Pakistan soil.

There may be financial interests as well for organisations and may be for individuals, who have been endeavouring to organise international events in Pakistan. But looking for financial gains along with a craving for sports aren’t always wrong. There are lawful means while organising sports events.

Ishaq Shah of Leisure Leagues has categorically said that his organisation was not an NGO and there was a business model behind the initiative.