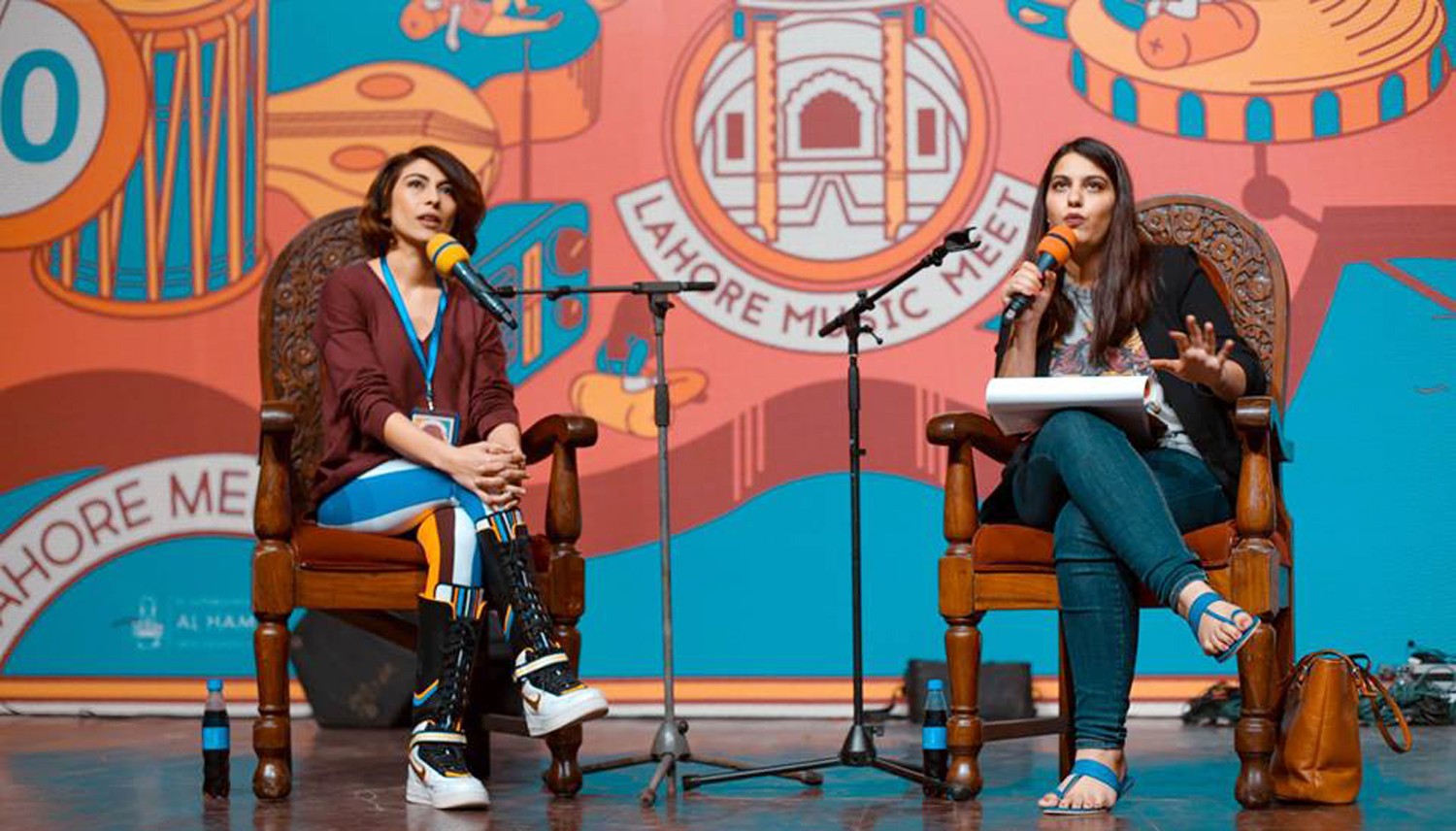 Being a music fan has its perks. You get your own set of orchestra running in your head whenever you want, wherever you want, and no matter what is going on around you. You have a song for everything; for me, even in the saddest of situations.

So, when I heard about the Lahore Music Meet’s latest edition, I knew where I had to be at.

Two days of all things music, the festival was a treat for music fanatics as well as crowds of (mostly young) people showing up despite what Lahore had lately gone through.

To start with, the entry to the event was free. Here, the organisers played smart: Because they knew Lahore and their crowd, getting us in was not a hassle. We just needed to show some sort of identification -- they asked for our phone number (be ready for Ashraf Tank service messages and other shady stuff I should not be talking about here). We entered and saw a good police presence at the entrance -- both male and female cops.

When I entered the venue --Alhamra on The Mall -- it was lunch time, so pehle pait pooja fer kamm dooja!

Looking at the familiar façade of Alhamra, this time solely for music, had its own high. The place was well lit, and here I would like to convey my love for the artwork that was on show. It was simply amazing. Was it a small diary, the badges, t-shirts, backdrops, wall hangings, or the colours with the people doing what they were! It was pleasing to the eye.

The organisation was commendable. Things were happening. Timelines were being followed. Though the event started a bit late on the first day, no one was complaining. All of Alhamra was oozing and screaming music. In Hall 1, we had the veterans and legends talking about their struggles, what they did, what to do, what not to do, how it’s like. The conversation was going on on a light and casual note where we tended to enjoy and feel what they had felt. People like Sajjad Ali and Ali Azmat, having a career spanning over decades, sitting there, telling us that they had seen it all, the hard times, the not-so-hard times. There were times when they were all out but they kept going.

I hope the next year they take it to the next notch because this event has the potential and, oh boy, was the team taking full advantage of that.

Then we had these underground -- and some not-so-underground -- bands inside Hall 2 performing nonstop to a full house, I tell you. (Did I say how hard it was to park my car that day?) There were workshops going on in Hall 3 where the people were telling us how to use bass, and what not, while the gallery had put up an art exhibit.

There were colours everywhere -- it felt like basant. Little tents had been set up in the middle where you could relax, sit down, play, or listen to music. People were also playing ludo.

All in all, it was a haven for people who love music as well as those who ‘live’ music. In case you missed it, you missed it big time. I hope the next year they take it to the next notch because this event has the potential and, oh boy, was the team taking full advantage of that.

One thing I missed was the score of people; I expected to see more. There was room for more people, and I have friends who wanted to come but weren’t aware of the development and so made other plans instead. If only the LMM had marketed a tad better, we would have seen more crowds.

Day 1 ended with a grand performance by Ali Suhail, and day 2 was knotted off by the maestro himself Javed Bashir. The effort that was placed behind a music festival was beaming in the faces of the people who were walking away from the event, hopefully to return to LMM next year.