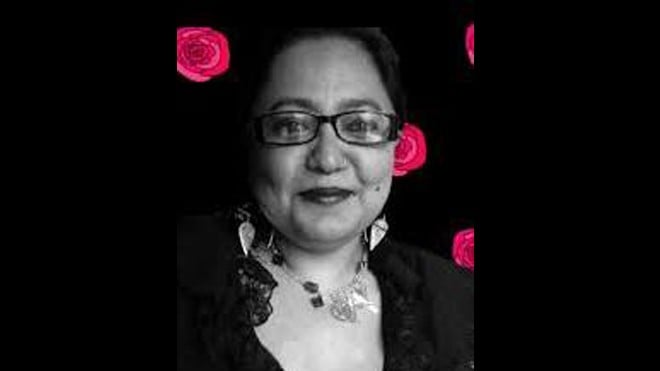 Paromita Vohra -- filmmaker, writer, iconoclast -- has followed every twist to her career with verve and passion. She has managed to make meaningful films not didactic in the least. Her documentaries with themes ranging from gender and feminism to urban issues screened at the Tate Modern, the Berlin Biennale and other festivals, pulled in a number of well-deserved awards. Vohra was in Karachi some time ago to present a film titled Q2P (on the state of public toilets in Mumbai) at a conference on urban issues. In this interview, she speaks about her life and work.

The News on Sunday: How did you happen to become a documentary filmmaker?

Paromita Vohra: I always wanted to make something very locally connected, in the idiom of the place I lived in. Bollywood didn’t offer that space in 1990 when I started and television was also a bit limited. The commercial space didn’t feel that interesting formally, politically, or in terms of what I wanted to say. Documentary is more flexible as a medium. It is both political and creative.

I got an internship with Anand Patwardhan and worked with him for three years. I was in Mumbai, so I had to do other things as well, to survive. But then television changed around the mid 1990s, so I did some work with Channel V; did some soap opera, other shows; got some diverse experience.

TNS: You studied Mass Communications in Mumbai. Did the programme focus on documentary?

PV: They showed us some films as part of the course. When I was there, the Mumbai International Film Festival for documentary, short and animation films happened for the first time, so we got to see a lot of films. In this docu-fest were a lot of retrospectives and packages. It was like a quick education in documentary in a week, that was just plain luck.

The festival films had all kinds of forms. I was a 21-year old kid who was just watching films blindly, without knowing who these people were or the context, just responding from the gut.

‘Twilight City’ had a poetic voiceover, I just loved it. It was totally different from the kind of political documentary that Anand and others were doing - much as I was a fan of that as well. I saw a lot of old Films Division documentaries and that was counter to all the propaganda films we’ve seen. Films Division produced a certain body of exciting, experimental documentaries within the government system at the time.

Looking back, it probably made me feel that this is an independent space to articulate yourself in any way you want. Although that was not entirely true of the Indian scene at that time, but obviously the potential was there.

I believe in feminism and I do believe that my encounters with people should be towards a respectful and loving equality as far as possible, that’s the aim. You have to get on with the job as well, but the basic desire is to not be mutually exploitative, to not oppress or be oppressed, as far as possible.

TNS: Were there a lot of documentary filmmakers in Mumbai at the time?

PV: There were hardly three or four people. With the few strong practitioners like Anand Patwardhan or Deepa Dhanraj, the template was of the political activist documentary.

TNS: There’s the glamour around features. I know a lot of filmmakers, even today, who view documentary as a sort of crossing over into feature film.

For me, it is a kind of given that you will entertain your audience. I do not wish to bore them, any more than I would want to give people bad food if they came to my house.

If I make a film, I want your whole body, heart and mind to be involved in the experience, for you to go away suffused. That’s what makes the change.  That’s the theory by which I work. Bollywood is a different space with a different analytical framework, I don’t know if I’m cut out for that.

I think that documentary is much more difficult than fiction. Because the possibilities are unlimited and because it is a kind of performance art. The day  your energy is bad, your material is not good and the day you’re totally focused, your material is good.

TNS: With the technology changing to digital, has documentary making become more doable?

To make good money you have to make certain kinds of narratives which are linear and character-driven, pre-determined -- sort of faux verite sometimes. Therefore, there is not much space for the filmmakers’ individual personality in that sort of filmmaking, it’s preferred that it not be there. Although the "I" is used, the filmmaker is like a native informant in a way. That’s very boring. I don’t even want to make those films. Of course, no form is invalid, so every now and then you see some exceptional films in that form.

On the whole, that’s not the form I prefer. So if you want to make another kind of film, you get very little money. You get the freedom with that, it’s a trade-off. You have to struggle, there’s no doubt about that, but now, with digital, it is possible to be so much more ambitious in form than you could be before. You can do amazing things on digital.

TNS: In India, you do have some state support or grant money for this kind of work, here we don’t. So either you do the linear film or you are on your own. There’s very little middle ground.

PV: I’ve made a number of films for NGOs and they haven’t been linear. The relationship with the producer doesn’t have to be antagonistic, there should be a level of trust. I had to fight a lot, to say you can’t tell me how to make a film; although we can have conversations.

I have to, of course, pay attention to what the producer desires. I can’t dismiss it. It’s up to me to find a way that I can do what they desire in a way that I desire. I have to think: How can I say things directly without being didactic?

One should have the creative confidence to challenge the producer, to say that’s not what a film does. Films don’t work by content, they work by form. You’ve to communicate in the belief that they will understand what you’re talking about.

I believe in feminism and I do believe that my encounters with people should be towards a respectful and loving equality as far as possible, that’s the aim. You have to get on with the job as well, but the basic desire is to not be mutually exploitative, to not oppress or be oppressed, as far as possible.

TNS: Do you normally work with the same crew?

PV: A lot of the people that you start out working with start doing really well later, and become beyond your means. Sometimes they may still work with you because they like the work, but it may not always be possible. At times I’ve worked with the same people over and over, more like a group or community of people.

TNS: To backtrack a bit, Khamosh Pani. How did you get involved with that?

PV: Sabiha Sumar was in Delhi at the time, and my friend Sanjak Kak recommended me. Sabiha called me in Mumbai and sent me the story, we discussed it on the phone and then I wrote the first draft on my own. After that we met, and then I came to Lahore. That was the first time I came to Pakistan. I met Shoaib Hashmi who wrote the dialogue, tried to learn a bit more about the context.

Writing the characters, I was going more by the emotional logic, by what they were feeling. I had done experimental films before, but this was the first sort of classic script that I wrote. I didn’t have the training but figured it out for myself. I wrote it in a very intuitive fashion.

TNS: Did this whole thing about Partition have any significance for you, your family?

PV: My father’s family is from Lahore. I had grown up, like any person of my generation, hearing all about it. It was very big in the mind. My father was twelve when he left and remembered everything. When I came to Lahore for the first time, I knew where I was. On the way to the Gymkhana, I said is this Lawrence Garden? If we go that way will we come to Nila Gumbad? My father had taught me so many things.

I went looking for his old house. We went to a bakery he had known in Anarkali and they gave us a guide who took us to the house. There was a dukaan on the ground floor and we went to the upstairs house, it was a strange experience for me. I took a hundred photographs and a piece of the brick back for my father. I came back in 2004 and went back to take another look at the house. It’d been broken, but at least I got to see it and take photos for my dad.

TNS: What have you been doing lately?

PV: I made a TV series called ‘Hum Tum’, the most difficult thing I’ve done in my life. It was a prime-time show about six real women at a crossroads in their personal lives. We gave each of them a camera and they shot their own lives for a year. Then we used that footage to make a 65-part daily show.

The shooting was entirely out of control, although we had control over constructing the narrative. And then other questions came up like: how do you know it’s real? When you edit, you’re just trying to find a thread in the story the other person is trying to tell you. There was one woman who told us how much fun and how free her life was, but it turned out her life wasn’t like that at all -- that was the way she would have liked it to be. She couldn’t hide that she was really lonely, as the show proceeded. She began to talk about her difficult childhood, how her mother had neglected her children.

PV: Now there’s ‘Agents of Ishq’, this website I’m working on. It’s about sex, love, desire. It’s multimedia -- so video, audio, text, graphics. I’m working with many different people, in collaboration. I feel there’s an absence of good warm discussion around these issues, not just in India, but everywhere.