PSL final in Lahore, despite many odds, showed PCB’s willingness to bring international action back to Pakistan 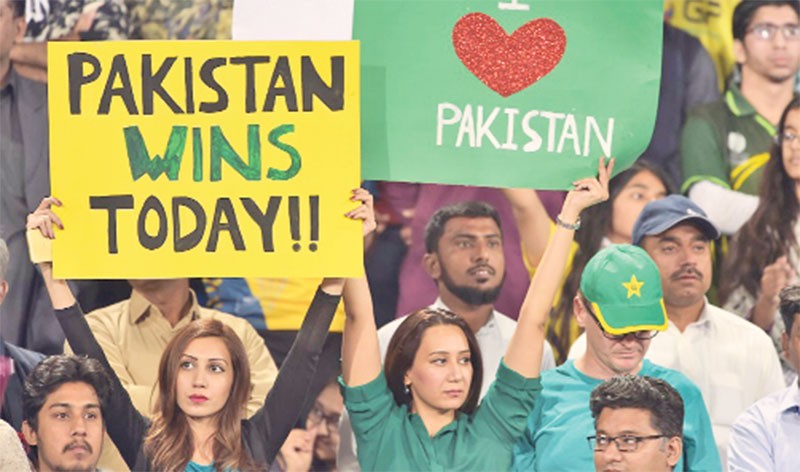 There was excitement among cricket fans in Pakistan as international cricket was apparently getting back to to the country with the holding of the PSL final in Lahore after an eight years drought. Cricket fans were very happy and not without a reason.

And then there were several incidents of terrorism across the country. The PCB had stated that if some untoward incident happened, it had a plan B intact -- holding the PSL final in Dubai. It had put this on its official PSL website.

But the terrorist attacks didn’t deter the PCB, more importantly the PSL management. Many cricket pundits were predicting that the final would be moved to Dubai but that didn’t happen.

The acts of terror are an uncontrollable factor for the PCB. The PCB could have moved PSL final, but it did not. It threw the ball in the fans’ court, who unarguably supported the PCB’s decision to hold the final in Lahore.

But then cricketer-turned-politician Imran Khan criticised the decision. He said he would be the most eager person to see cricket returning to Pakistan. But by bringing a big city like Lahore to a standstill for one match would send a wrong message to the world, he argued.

After Quetta Gladiators’ foreign players pulled out of the final, others also started criticising the PCB’s decision to hold the final in Lahore.

The lack of foreign players in the PSL final who were part of the PSL in the UAE and addition of aged players definitely took away some of the sheen.

Quetta Gladiators’ mentor Sir Vivian Richards straightforwardly said that his team lost the final to Peshawar Zalmi because their foreign players did not come down to Lahore. "The new foreign players who joined the squad didn’t get enough time to get gelled into the squad," the legendary West Indies batsman said after the final.

On the other hand, Peshawar Zalmi managed to convince its foreign players to feature in the final, which eventually paid dividends. They won the title. Javed Afridi, the owner of Peshawar Zalmi, must now be a happy man.

The PSL final was witnessed by a jam-packed crowd at Qaddafi Stadium, who cheered both teams creating a memorable atmosphere.

The foreign players who participated in the summit clash praised the security provided to them. It didn’t happen as Imran Khan expected and a positive message was sent to the world.

Earlier this week, The Guardian reported that the ICC would be sending an International XI for a four-match T20 series to Pakistan, which would be played on September 22, 23, 28 and 29 in Lahore.

The PSL chief Najam Sethi has also confirmed the ICC initiative but has said the dates and the number of matches were tentative.

Holding the PSL final in Lahore despite many odds at least showed PCB’s willingness to bring international action back to Pakistan. Apparently it has opened doors to international cricket.

Hopefully, the organising of the PSL final in Lahore wouldn’t be a distraction from PCB to bury the spot-fixing controversy that erupted at the start of PSL2.

There has to be a consistent policy and the board should be proactive and continue to endeavour for the return of the international action to Pakistan grounds.