This is worth celebrating 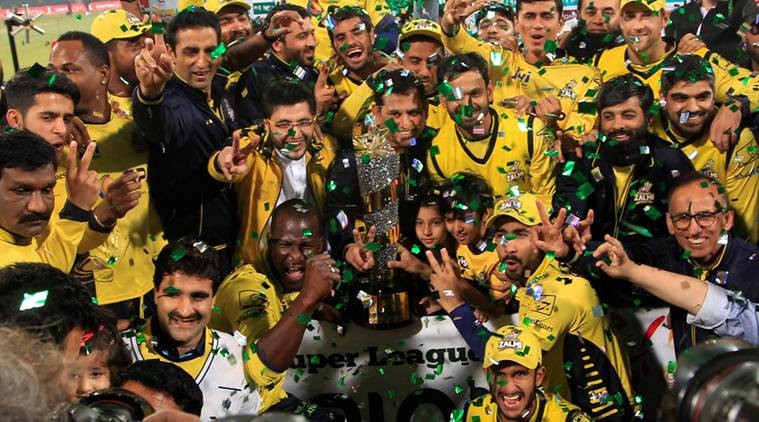 Colours, noise and lots of it. That is my first and abiding memory of a cricket match from the 1980s in Qaddafi Stadium, Lahore. I have been in love with cricket for as long as I can remember -- and I fell in love with this game watching cricket live at Qaddafi. As a kid I watched Richards, Marshall and other West Indian giants play in Lahore. Over time it became unthinkable that I would not have tickets to a cricket match at the Qaddafi -- till the unthinkable happened and cricket left Qaddafi.

We can watch cricket on television from the best angles but nothing, and I mean nothing, beats the feeling of watching a fast bowler run in as hearts beat in sync with his rhythmic approach to the crease. No camera can capture the excitement as a player like Sachin descends down a flight of stairs to enter the ground to bat. You can watch AB De Villiers take brilliant catches in fantastic slow motion technology at home, but is that any good if you have never seen how AB organises his movements as a fielder while the bowler runs in?

When Zimbabwe toured Pakistan, I like most Lahoris had irrepressible excitement. To hear the sound of leather on wood again, to feel the ball kissing the turf as it races to a boundary, to experience the momentary gasp before applauding a spell binding cover-drive -- and to know that tens of thousands around you felt the same -- is an absolute joy. Watching cricket in a stadium to me is precious. It is worship, a communal act of meditation and celebration. And so we must rejoice in Lahore’s hosting of the Pakistan Super League last weekend. Yes, things were not perfect, yes it was not even a great game. But cricket came back to my city -- and so did dreams, memories as well as possibilities.

I was fortunate enough to be in Dubai earlier in the week to watch two live games there. The experience of watching a PSL game in a land away from home far exceeded my expectations. Pakistanis of all ages and backgrounds turned out to celebrate the greatest love affair of their country. And while people supported their cities, it was refreshing to meet so many people who said, "no matter who wins, Pakistan wins tonight". I say this was refreshing because I have no such generosity of spirit towards PSL teams other than Lahore -- I want Lahore to win and I sulk if they lose. Two seasons of sulking, hopefully, will come to an end when PSL’s third edition is played out.

There have been many critics of the idea of holding the PSL final in Lahore. But none of those arguments are compelling if the result made people happy. Yes, terrorism is still a huge problem but since when did that begin to mean that we stop celebrating what we love? There are those who say that there was needless hype around the event and allegedly it makes no difference in the larger scheme of things.

The Punjab government, police, army and law enforcement agencies deserve our gratitude for making the PSL final possible in Lahore. We did not wake up in a different Pakistan the next day but we experienced a happier Pakistan and a happier Lahore for a few hours.

Fine. It may not have made a huge difference in the lives of ordinary Pakistanis but the world did notice that Pakistan successfully hosted a big ticket cricket match -- and everything went according to plan. Perceptions matter. And even if for a day this match added smiles on the face of Pakistanis, it is well worth it.

It is very easy to talk about things that allegedly make no difference in the larger scheme -- but perhaps difficult to acknowledge that much of what we do in our everyday lives makes no difference either. Why make such grand claims out of cynicism? Why refuse to celebrate a cricket match that made people happy? Our cushiony jobs and daily routines are not necessarily making a huge change either -- and if we think that going about our everyday lives while refusing to bow down to terrorism is important then celebrating the return of cricket to Lahore should be at the centre of such an approach.

It is also easy to forget for those of us born in the 1980s and 1990s that a huge number of current day college and school students have never seen a live cricket match in a Pakistani stadium. That alone is reason enough to celebrate the PSL final. The experience of buying match tickets, making your way to the stadium with your loved ones, gushing with excitement as you see your favorite players in the flesh is precious.

The thrill, the noise of thousands as willow caresses leather while showcasing breathtaking talent stays with you -- and gives you new reasons to respect those who sacrifice so much to play at the highest level. These experiences shape dreams and aspirations. Many current and former greats of the game have spoken about how their dreams were shaped by watching their heroes playing live -- right before their eyes. Pakistani public and Pakistani talent need this. A young man or woman who dreams of donning the Pakistan shirt needs to see in person the adrenalin rush in a stadium when crowd favourites enter a stadium -- the chants of "Afridi, Afridi" or "Sachin, Sachin" will shape the next Inzamam or the next Virat Kohli.

The experience of watching live cricket in a full stadium was something we took for granted as children -- only to be starved of the experience for the past decade of our adult lives. One hopes and prays that the wait for cricket to return to all of Pakistan’s stadiums is over at the earliest. There are few better ways of spending time with a loved one than taking him or her to a big cricket game. It will give you endless reasons to smile -- and we can all use more of that.

The Punjab government, police, army and law enforcement agencies deserve our gratitude for making the PSL final possible in Lahore. We did not wake up in a different Pakistan the next day but we experienced a happier Pakistan and a happier Lahore for a few hours. An alive again Qaddafi stadium. This is worth celebrating.

This is worth celebrating