Let’s take a deep breath, and start a marathon to a new country for women by the time Pakistan is 80 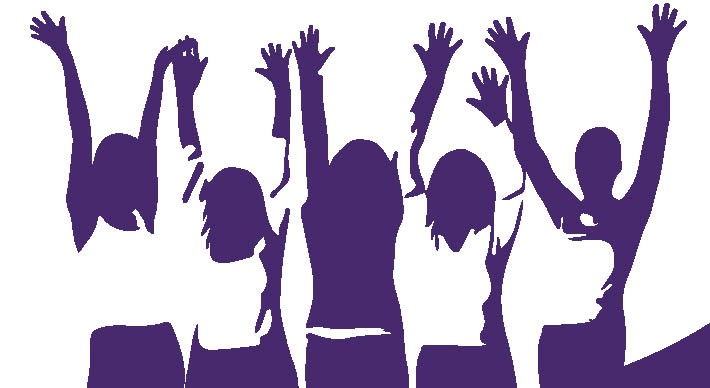 This Women’s Day too, there was the usual blend of laments and adulations in Pakistan which turns 70 this year. Our leaders have talked at great length about women’s empowerment and equality since 1947. If all that tall talk is measured and put in a straight line, it would take us to the moon and back. If we look at our public policy pledges, laws, and programmes seeking women’s equality since 1988 -- when a woman became a Prime Minister, a unique and rare feat that we must celebrate -- this line would surely take us to the moon, if not back.

There is huge gap between our talk and walk on women’s equality and empowerment. For most men women have specific utilities, certain functions, but not equal social value. Women’s rights have been overrun by the social rituals we impose on them, and so all attempts at reforms fall short.

A big majority of women live below the poverty line and an even bigger majority does not feel safe on street or at workplace (if they have a workplace); and most sadly, are not safe even at home. It seems that all women belong at home, but no homes belong to women.

In the past 70 years, legal and formal public spaces have failed women since men did not earnestly desire for them to feel comfortable in these spaces. And it won’t change much if we -- the men -- do not change the way we perceive women, their issues, the need for their empowerment, and most pertinently the correlation between our equality with them and the country’s progress.

To candidly understand the kink in the male minds, let me admit there are ‘no-women zones’ in our minds and hearts.

Our political actions in public space are measured translations of our intimate beliefs held in our private space. Because public action is impeded by our counter private practice and the non-belief in an action we publically espouse. I surmise we love to feed women freedom, equality and empowerment as a tradable transaction, spoon by spoon, and bit by bit.

But all is not lost yet. We -- men and women -- have come a long way, even if somewhat limping; and, we can hope and aspire to cover the delay rather quickly.

Instituting women’s social equality and political empowerment is like adjusting harvesting patterns with climate change, where consistent and concurrent actions of many will take years to get there.

In my view, there are five things that ensure women’s empowerment two that impede it. The first set includes education, mobility, financial freedom, voice and choice. The latter are men and instruments of social control, coercion and regulation of women as subject of politics and objects of our desire.

In theory, social conditions influence and determine women’s choices, their voice and participation. In practice, all her important choices and transactions involve men directly or indirectly. These men are several; starting with a father, culminating at a partner.  In between lie a brother, an uncle, a relative with influence on her decisions, a son or son-in-law, a boss or a colleague.

Men, I think, are compelled to act the way they do because of this deep-seated, fear-filled push of collective continuity and pull of women’s charms. We want to control this centrifugal force with little knowledge of the laws of nature, and over-reliance on man-made rules and social constructions. It’s time to loosen the grip of fear, and instead of myopic regulation, resort to celebratory facilitation. That will be a great favour to us.

History shows, women are capable of carrying forward human continuity, while contributing to society, family, economy, and community. And, they do it with huge compassion and abundant charm.

However, we also know that historical baggage of something sits heavy on our effort to reform and improve it. In this context, there is contradiction between the expressed public intent of reforms seeking women’s equality and empowerment and an unstated private counter practice that impedes it. That is why, we make a women-friendly law in a week and a policy in a year, but these are not able to dent the social practice even in a generation.

To conclude, instituting women’s social equality and political empowerment is like adjusting harvesting patterns with climate change, where consistent and concurrent actions of many will take years to get there.

So let us take a deep breath, and start a marathon to a new country for women by the time Pakistan is 80! After all, Pakistan is one of the very few countries which have had a woman as the prime minister; so equality and empowerment should be easier goals to achieve.