The ravages of time 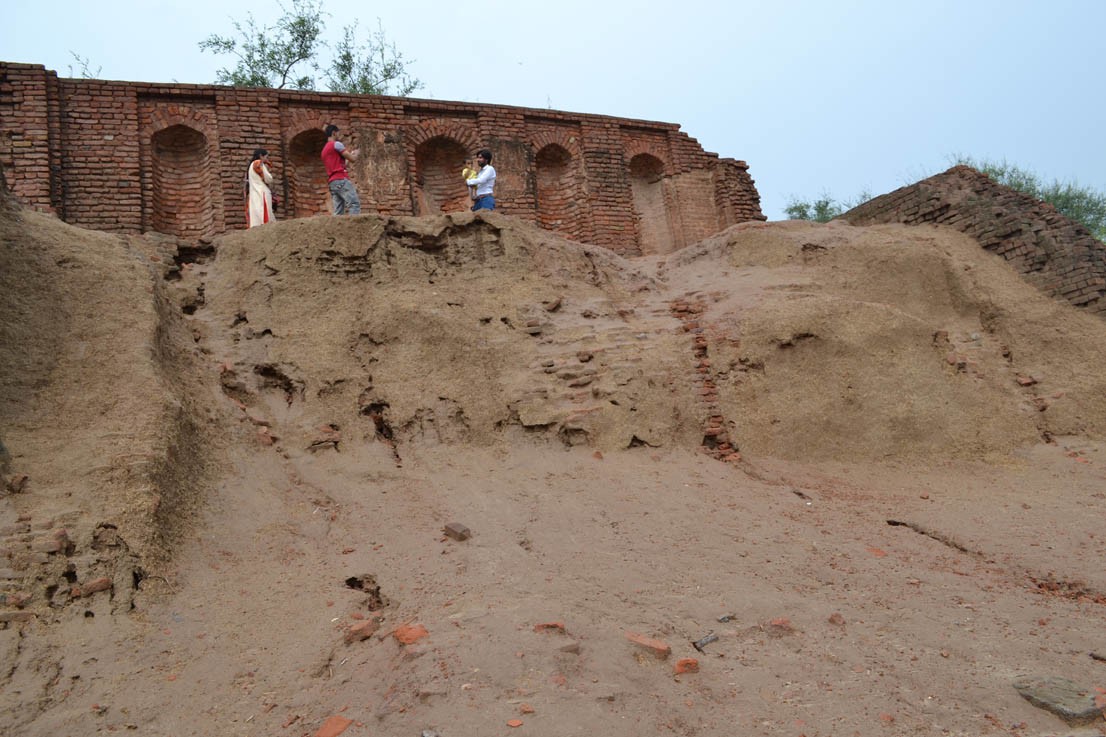 It was the end of July, the sky was cloudy and the weather pleasant. The fields were full of green sprouting saplings, and there were famous buffaloes and cows of Sandal Bar grazing here and there. The road leading to Harappa was metalled and smooth.

After travelling for half an hour from Sahiwal, we eventually reached Harappa city. The first thing we saw was a golden stack of corn cobs put there to dry in the air -- gold juxtaposed with greenery around was a spectacle worth seeing.

I was in Harappa for a guided tour which was part of a workshop organised by the Sahiwal campus of COMSATS University.

The old city of Harappa that once was a jewel of the Indus Valley Civilisation is one of the most significant places to visit. Although the remnants are in a dilapidated state, they still testify to the greatness of the urban culture which once thrived at the banks of River Ravi. Some experts opine that the ancient city was destroyed when Central Asians invaded it, while others argue that when Ravi changed its course, agriculture suffered heavily and people had to move.

Harappa is 27 kilometres away from Sahiwal, and is located in its north-west. Its ruins cover 130 acres of land at present. While looking for the cities that had been visited by Chinese pilgrims in the Buddhist period, Alexander Cunningham, who headed the Archaeological Survey of India, visited this site in 1853 and 1856. Later, after the presence of an ancient city was confirmed, extensive excavations were carried out somewhere in the 1920s.

The life span of the civilisation is believed to be from 3500BC-1500BC. Unfortunately, while constructing Khanewal-Montgomery (Sahiwal) railway tracks, many bricks from the ruins were used, thus damaging the ancient city.

The Archaeological Museum in Harappa comprises small and simple buildings flanked by trees, bushes and lawns. When I was visiting, due to monsoon, I found a variety of birds perching on trees, fluttering away as soon as they saw us approaching.

The old city of Harappa that once was a jewel of the Indus Valley Civilisation is one of the most significant places to visit. Although the remnants are in a dilapidated state, they still testify to the greatness of the urban culture which once thrived at the banks of River Ravi.

The Harappa museum and site are relatively well-preserved. The museum has many artefacts which were recovered from the sites giving clues about people’s lifestyle in the bygone era. A look at their town planning, pottery making, manufacturing of jewellery, weaponry, sculptures, and other evidences of their day-to-day living offers compelling evidence about how civilised and advanced the people of ancient Harappa were.

Of the mounds in Harappa, the first mound is a burial ground. According to recorded history, Harappans buried their dead here sometimes even cramming the bodies in earthen jars. The next noticeable structure comprises some ruins of a residential area with some walls, platforms and a well. The wall for defense in this structure was thick and strong enough to shield against possible attacks. Then there were granaries built on raised platforms and used to store grain that was produced by the farmers. These granaries were situated at the bank of River Ravi to make the transportation of grain through boats convenient.

We also saw a mosque there on the premises dating back to the Mughal era of which some arches and a portion of wall have survived. There is also a tomb of saint that locals call Nau-gaza Pir located there.

Passing through the narrow streets, I felt that if I closed my eyes for a while, the clamour of the present would stop and I would be transported into the tranquil original city: I could almost picture women carrying pitchers over their heads, labourers transporting grains into sacks, cattle roaming the streets with large bells jingling in their necks and children playing in front of their houses. However, I was snapped out of my daydream as someone called out to tell me that it was time to head back.

I could not help but think of Iqbal’s verses from his famous poem, ‘Mosque of Cordoba’:

(What else is the reality of days and nights?
Besides a surge in the river of time sans days, sans nights)

Time, a ruthless rider, gallops away while civilisations that can’t keep pace with its speed fall behind and get annihilated in the end.

The ravages of time