While colleges have not gone away, Massive Open Online Courses (MOOC) have found their own niche in education 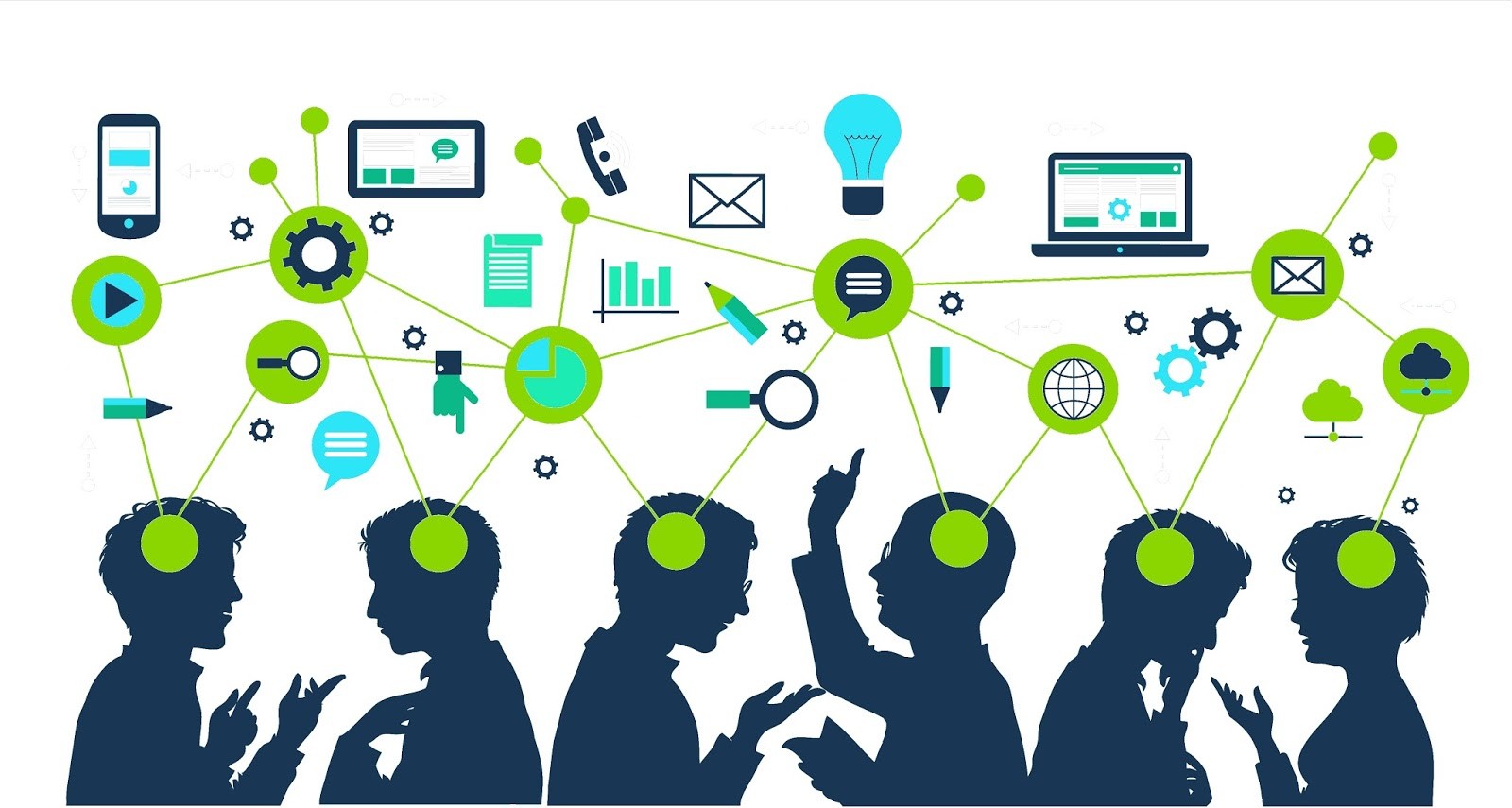 In April 2001, the Massachusetts Institute of Technology (MIT) launched the MIT Open Course Ware (OCW) initiative, its initial foray into distance and e-learning. Under OCW, MIT initially published course materials for a few dozen courses online, expanding into the hundreds including videos of in-class lectures, in just a few years. All made available free to the world.

Several universities followed OCW’s lead and began publishing their own lectures on YouTube, which was just taking off at the time. Around the same time, several other top universities began launching their own distance learning programmes, mostly graduate programmes targeted at working professionals. Internet bandwidth was still limited so videos of class lectures were sometimes still mailed to class participants on CDs or DVDs.

As Internet connection bandwidths rose and streaming video codec technologies improved, the delivery channel of class-lecture videos eventually switched to the Internet. Nevertheless, the study material was not created specifically with distance learning students in mind. The role of technology was still just a means to bridge the physical distance between students and instructors but did nothing to increase an instructor’s capacity to reach more students.

Distance and e-learning took a big step forward in the fall of 2011, when Stanford University offered three popular courses in a Massive Open Online Course (MOOC) format. Enrollment in Introduction to Artificial Intelligence reached 160,000; higher than the typical reach of distance learning courses before it. Although later analysis would show that the completion rate, the percentage of registered students who go on to complete these courses all the way to the end was around 5 per cent, the experiment was considered a success. One group of instructors went on to launch Coursera, and another to launch Udacity, two of the most widely used MOOC platforms today. Both went on to add hundreds of more courses from partner universities to their offerings.

For the moment, it seems like MOOCs present an opportunity for genuinely self-motivated and willing learners to hone their skills. In our local context, it appears that MOOCs, as they exist today, will probably continue to find a user base among those already employed and who wish to build on the concepts they already have to advance their careers.

At around the same time, Khan Academy, a provider of free online blackboard-style videos with narration covering school-level concepts founded in 2006, was also gaining global prominence. Students can choose to either audit courses for free or enroll as paying students and earn a certificate at the end.

Meanwhile, in Pakistan, the closest thing to distance education were programmes offered by Allama Iqbal Open University and the Virtual University. As of today, little has changed in that regard, and no other university has expanded access to their programmes to include MOOCs or any other form of distance learning.

All this was happening against the backdrop of a world emerging from a long, slow global recession that saw millions of people worldwide lose their jobs, many of whom looked to retrain for new jobs. Governments’ funding for higher education was getting cut left and right, further fueling the rise in cost of higher education. More families were being priced out of a college education every year. Even for those who could afford it, the prospects of finding a job that paid well enough to make back some of the money invested in their education looked bleak.

For reference, according to a US News ranking by cost of private US colleges, the tuition price tag of a 4-year bachelor’s degree ranges from approximately $50,000 at the low-end all the way up to $200,000. State college tuitions are less expensive but can still cost as much as $80,000. MOOC courses, on the other hand, cost about $50-100. Comparative cost statistics for Pakistani universities are harder to come by. Obviously, college education is less expensive in Pakistan, but it follows a similar trend.

The MOOC-craze reached its zenith in 2015, which, in educational circles, also became known as ‘the year of MOOCs’. Proponents of MOOCs were foretelling that MOOCs were going to replace on-campus learning, which was going to become a niche experience reserved for those who could afford to splurge. For the rest of us, MOOCs would bring down cost and put a college degree within everyone’s grasp.

However, much of that excitement petered out in 2016. MOOCs did not end universities, nor does it look that they will in the foreseeable future. There is more to college than just taking classes -- the social experience and networking.

While colleges have not gone away, MOOCs have not either. Instead, MOOCs have found their own niche. In 2015, the Harvard Business Review published an article titled "Who’s benefitting from MOOCs, and Why" (https://hbr.org/2015/09/whos-benefiting-from-moocs-and-why) that laid out some interesting statistics based on a survey from 780,000 respondents that took one or more courses on Coursera. 80 per cent learners already had bachelor’s degree and 60 per cent were full-time employed. However, further breakdown showed that the benefits of taking a MOOC course were approximately evenly distributed across learners without college degrees, with college degrees and even with graduate degrees. Benefits were also evenly distributed across learners from various socio-economic strata.

Put simply, while most people taking MOOCs have the benefit of already having a college education, given the opportunity, MOOCs boost chances to find a new job, start a new business, or get a raise or promotion, regardless of prior education level or circumstances. Most MOOC learners today are, what we would characterise as, willing learners who are self-motivated enough to enroll and complete courses.

In Pakistan, several faculty members have experimented with incorporating high quality teaching materials from various MOOCs into their classroom teaching. This blended use of original and borrowed teaching materials has met with mixed success. While attempts to include the latest and best materials were welcomed by students in some classrooms, other attempts were met with resistance, going so far as to accuse instructors of laziness and questioning their willingness to perform their duty.

Some local proponents of MOOCs have argued for relying on high quality MOOC contents for teaching, particularly in less developed, weaker or remote universities where qualified faculty cannot be attracted or retained. This model reduces the role of in-class instructors to those of teaching assistants or facilitators, answering questions and managing classrooms, while relying on MOOC content to teach new concepts.

Both authors have audited MOOCs every now and then, only to never complete a course. Recently, however, the co-author felt the need to brush on some skills and over the last 4 months enrolled into a series of courses for a specialisation from the University of Washington through Coursera. This experience, coupled with his experience of working in traditional classrooms at the National University of Sciences and Technology (NUST), gave us some insights into the workability of using MOOCs to improve undergraduate-level education.

One item seen in (Pakistani) class feedback is the problem some students have with the use of English as the medium of instruction. While many students are comfortable with it, there are always some students who are more comfortable with instructions in a mix of English and Urdu. All MOOC materials presently available are not only in English, but are delivered by native and non-native English speakers from around the world. It is unlikely that using those materials as-is will be viable in most university classrooms in Pakistan, where classroom teaching sometimes still happens in Urdu or other local languages.

However, most concerning are the assessments. Presently, the solutions to almost all quizzes and assignments for MOOCs are available online and can be found using a single Google search. This severely reduces the value one can attach to the earned grade reported by MOOC providers because there really is no telling if a learner attempted quizzes and assignments honestly or simply copied the answers from one of the many places on the Internet. As sad as it is to say, even at NUST, where we get the cream of the crop, we are unable to trust all students to be honest come exam times.

Over the years, the university has evolved a very complex set of procedures that are followed during exams that ensure that students do not cheat. Nevertheless, every now and then there are still isolated cases of attempted cheating. Simply put, cheating a MOOC is too easy, and given the elaborate precautions we are forced to take to ensure the credibility of classroom exams, we cannot rely on the scores reported by MOOC platforms.

Last month, Coursera announced its partnership with the Prime Minister’s Youth Programme under its ‘Coursera for Governments and Nonprofits’ programme (https://blog.coursera.org/announcing-coursera-governments-nonprofits/). In this phase, the goal will be to provide training to 3,000 young people in areas covering computer science, data science, career search skills and language training. The programme will be augmented by the opening of more than a dozen physical Coursera learning centers, which are a new component of the MOOC strategy.

It is still unclear at the moment what the role of these learning centres will be. While probably well intentioned, the success of this partnership with Coursera will depend in large measure on their ability to curb cheating. Unless beneficiaries of this programme understand that it is in their own best interest to learn the material and attempt assessments without resorting to cheating, their earned certifications will be little more than a worthless line of text taking up space on their resumes.

For the moment, it seems like MOOCs present an opportunity for genuinely self-motivated and willing learners to hone their skills. In our local context, it appears that MOOCs, as they exist today, will probably continue to find a user base among those already employed and who wish to build on the concepts they already have to advance their careers.

However, given the ease with which an unwilling learner can pass MOOC tests, certifications by themselves are not sufficient proof of learning. In this situation, it appears unlikely that we will see MOOCs replace university education in Pakistan anytime soon.