The search is on

In Karachi, after every major terrorist attack, law enforcement agencies start a crackdown against Afghan refugees 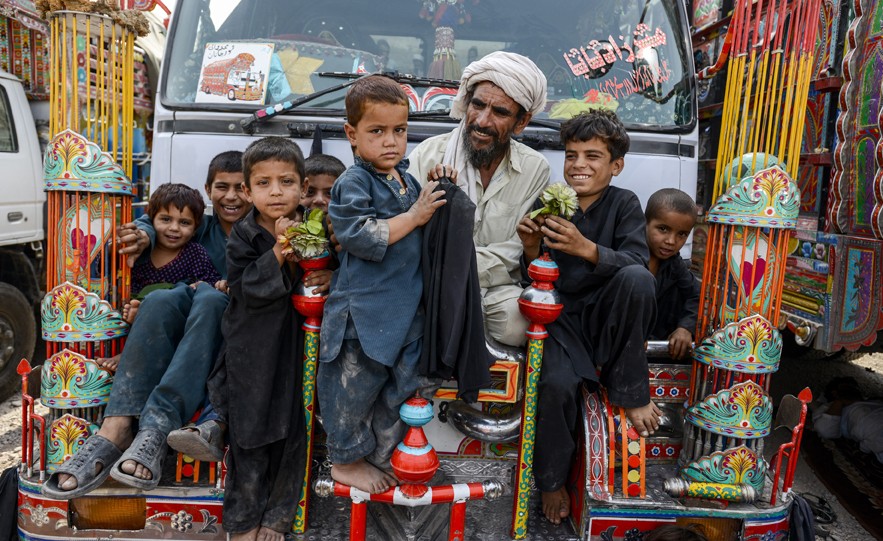 After the recent wave of terrorist attacks in the country, especially in Lahore, the Punjab government is under severe criticism for its crackdown against Pashtuns living and working in the province, especially Lahore, Rawalpindi, Chakwal and Mandi Bahauddin. Reports from rural Sindh, however, also suggest local police’s maltreatment of Pashtun traders and travellers.

Political leaders from  Sindh, especially from the Awami National Party-Wali and Pakhtunkhwa Milli Awami Party in their meetings and press conferences this week showed their concern over the alleged singling out of Pashtuns living and working not only in Punjab but also in different parts of rural Sindh.

"After the attack on Lal Shahbaz Qalandar’s shrine in Sehwan, we have been receiving complaints from various parts of rural Sindh that police has been illegally arresting and demanding extortions from Pashtun traders and residents, mainly belonging to the KP and Fata, but living and doing business in Sindh for the past two to three decades," says Qasim Jan, the ANP-W Sindh’s secretary general.

Also, police in various parts of Sindh has been stopping buses carrying passengers from KP to Karachi on the main highway, he says. "Such maltreatment has created paranoia among the community in Sindh," Jan tells TNS.

Also, police arrested dozens of mine workers from Lakhra coal field Hyderabad; all of them from Malakand division, and registered cases against them under Foreign Registration Act, accusing them as Afghan nationals. "Not a single among the arrested is an Afghan national. Government functionaries knew it well, but they were targeting them with a biased approach for their number game," says Jan.

Amjad Hussain, 40, a timber merchant, was born and bred in Quaidabad area of Karachi. On February 26, he was coming back to Karachi from his native town of Swat after attending a funeral of a relative. "In Shikarpur district, local police stopped the bus and detained us for six hours, suspecting us to be Afghans or Taliban sympathisers," Hussain tells TNS. He says the local police let them go after collecting bribe from the passengers.

In the aftermath of the military operations, both in tribal areas and Malakand division, the Sindh and Punjab governments implicitly barred any IDPs from these areas from entering into either of these provinces, fearing they might engage in terrorist activities.

However, the situation in Karachi is very different, where a huge Pashtun community lives. "Law enforcement agencies cannot stereotype the entire community and force them to register with local police," says Gul Muhammad Mamond, a Pashtun journalist in Karachi.

After the launch of the operation in September 2013, the Rangers used to ban the exit of all and sundry from the neighbourhoods with the help of the police, start a door-to-door operation, arresting anyone they found to be suspect; tied their hands, covered their faces and put them into trucks. After keeping them for a few days for interrogation, they release them.

However, to muster up support from the local community elders to make the operation successful against the TTP, the then DG Rangers (now Major General) Bilal Akbar during meeting with elders of the Pashtun community promised not to tolerate such practice in future.

"After that we did not see such humiliating conduct during the search operation in Pashtun area. Law enforcement agencies now mainly carry out intelligence-based operation," says a Mehsud community elder from Sohrab Goth.

Pashtun activists in Karachi believe that it is not the first time that Pashtuns have been singled out in Punjab and Sindh after terrorist attacks. In the aftermath of the military operations, both in tribal areas and Malakand division, the Sindh and Punjab governments implicitly barred any IDPs from these areas from entering into either of these provinces, fearing they might engage in terrorist activities.

However, in Karachi, after every major terrorist attack, the law enforcement agencies start crackdown against Afghan refugees, arresting dozen of them everyday and registering cases against only a few of them under the Foreign Registration Act . The rest are released after taking bribes, ranging between Rs10, 000 and Rs50, 000.

The search is on