The age of the people 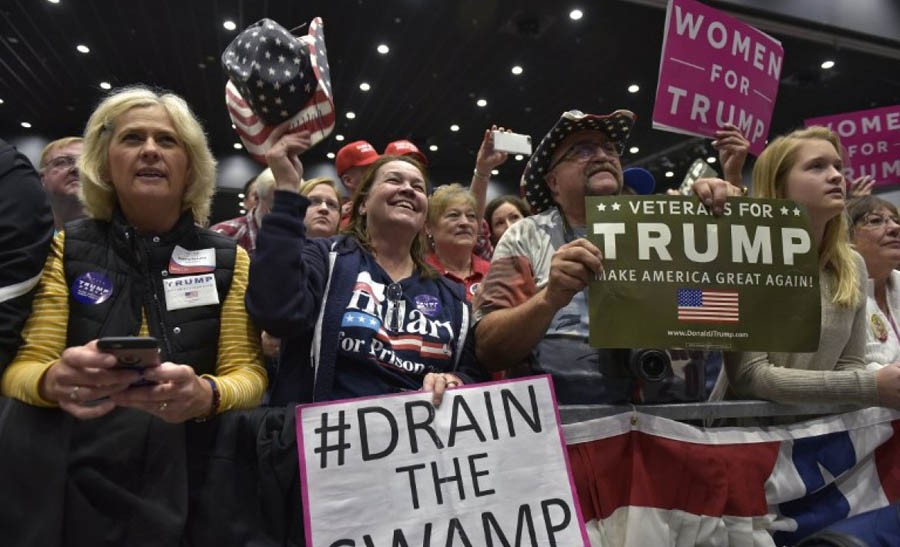 More than a decade back, Dutch political scientist, Cas Mudde argued "… today populist discourse has become mainstream in the politics of Western democracies. Indeed, one can even speak of a populist Zeitgeist". In linguistics, the term zeitgeist means "spirit of the times", however in combination with populism the term has a specific meaning: it connotes an ideology that values politics of identity based on ethno-cultural and religious superiority. The observation made by Mudde has proven prophetic; for now, the grand theatre of world politics justifies the claim.

Populism, as the name suggest, focuses on "the people". However, populists have a very exclusive definition of "the people" that precludes certain identities being labeled as "others". This rationale "us versus them" fuels populism. Furthermore, within the ideology there are two camps: far-right and far-left.

Populists on the political right tend to view "the people" sharing a common religious-ethno-cultural background. As in the case of contemporary world politics "the people" refer only to the white European and of Anglo-Saxon origins. Thus, all those who do not share these particular social, cultural, physiological traits are not considered "the people".

On the other hand, the far-left populist discourse excludes a certain class of those elites who favour liberal values of freedom, equality and liberty for all, irrespective of class, gender, age, colour, religion and culture. It does not matter if the excluded elite have the same social, cultural, physiological attributes as "the people" -- they are disqualified because they belong to different economic class and have liberal attitudes.

Far-right or far-left, in populist way of thinking "the people" are fundamentally monolithic, a single entity devoid of any divisions across social, cultural, physiological, economic and religious lines. Populists argue liberal and multi-culturalist elite denigrate community’s values and promotes inflow of immigrants from hostile cultures. Furthermore, they contend liberal representative democracy has undervalued the monolithic cultural and social identity of "the people".

Ironically, they are the majority but are now forgotten. Since political institutions in liberal democracy necessitate procedures in which plurality of views is included; such procedures however neutralise "the people". Populists strongly believe liberal democratic arrangements devalue vox populi: political institutions, therefore must proceed based on the identity of the majority.

This year when citizens in Netherlands, France, and Germany vote for their prime minister, president and chancellor respectively; the citizens’ choice in these countries will have an unprecedented effect on world politics.

This latest wave of populism is alarming because its adherents believe it is their existence that shall rein in unruly liberalism. The populist idea that the good, homogeneous people are betrayed by evil minorities and corrupted elites is potentially very attractive to voters. For example, rise of the alternative-right (Alt-Right) movement in US is one such example -- the movement is led by so-called white nationalists who believe in nativism and demand creation of separate, racially exclusive homelands for white people. Furthermore, what makes the recent wave exceptional is its semblance to fascism.

It seems, contemporary world politics is experiencing resurrection of "majoritarian" identity politics intertwined with populist zeitgeist. By reviewing the election manifestos of the populist political parties, such as Front National in France, British National Party in UK, Party for Freedom in Netherlands, and Germany’s Alternative für Deutschland (AfD) -- through them we can ascertain the extent of nativist zeal in this latest "populist zeitgeist" in the West.

With this long prelude, let us look at what is happening the worldover.

The episode of Brexit was the first episode that signaled majoritarian version of the politics of identity. Surprisingly, long before Brexit we witnessed the Scottish Referendum. The result of the referendum (though) was positive in a sense that the British Isle remained a unified political entity. The result of the Brexit referendum, however, was negative in its effect. And, the result further stoked populist zeitgeist in Western democracies.

For example, a recent book "The new minority: white working class politics in an age of immigration and inequality" by a US-based political scientist Justin Gest looks into white populists’ distrust towards their political elite and liberal institutions. His findings are indicative of the rise of populism in a sense that all his interviewees (white working class in US and UK) strongly believe their political institutions have betrayed the majority natives (i.e., white population). They fault political correctness of the institutions, and democracy’s inclusive framework.

Gest contends political entrepreneurs thrive on this purported betrayal by fanning fear amongst the white working class. What more? This populist wave thrives on narratives constructed by conservative zealots that demonise the dynamics of free speech in democracy: terms like "Islamisation," "mass immigration," and "leftist agendas" serve to frame hysterical narrative and is endorsed by an exclusive "the people" -- just look at what right-wing Breitbart News website produces on regular basis. According to a US-based civil-rights think-tank Southern Poverty Law Center (SPLC), the number of anti-Muslim groups in US has increased from 34 in 2015 to 100 in 2016.

The undeniable fact of contemporary world politics is that Donald Trump is amongst the many who personify "populist zeitgeist" in the West. Others like him are unified in their abrasive demeanour and disregard for democratic institutions. Trump is not the only in Western democracy to spearhead the course against immigrants; the others in Europe are in pursuit to emulate him.

This year when citizens in Netherlands, France, and Germany vote for their prime minister, president and chancellor respectively; the citizens’ choice in these countries will have an unprecedented effect on world politics.

Netherlands witness elections next month, and there are pre-electoral surveys that put populist leader Geert Wilders in carving a comfortable position for his far-right Party for Freedom in the Parliament. In France, the political party Front National, led by Marine Le Pen, rides on the populist wave. Experts believe she will make to the second round of presidential elections (a feat that was never achieved by her father).

Germany is a rather an interesting case for there are signs that incumbent Merkel’s Christian Democratic Union of Germany (the center-right, conservative party) might be ousted by the center-left Social Democratic Party of Germany. Though the two parties seem to have favourable policy towards refugee influx and on the EU, how will they campaign on these issues will only be unfolded in due course. A lot now hangs on several European elections this year. Wait and see what unfolds in the upcoming elections in Netherlands, France and Germany.

The age of the people