"I don’t deliver lines, I perform," Noman Ijaz, in this exclusive interview, talks to Instep about new drama serial, Khan and how different it is from the average drama serials airing these days 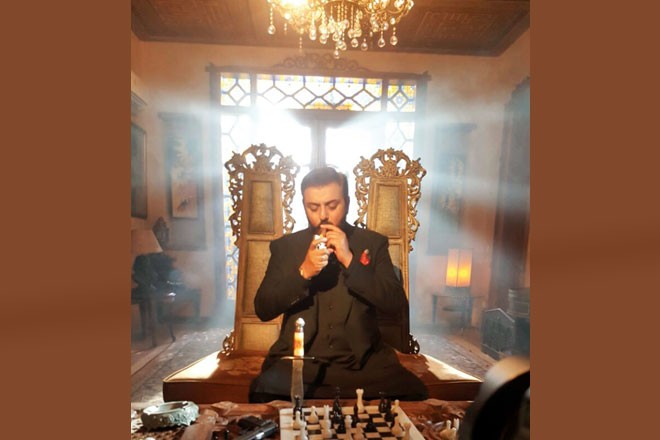 Drama serial Khan comes across as a breath of fresh air amidst an array of run-of-the-mill TV plays dominating small screens for the last couple of years. Where one is repeatedly exposed to saas-bahu disputes, extra marital affairs, love triangles and above all, predictable storylines, Khan offers unique subject matter. It is one of the very few, recent male centric plays to make way to the small screen and aims to tell the story of a politician and his world. Directed by Ali Faizan of Dhaani fame, the drama is one episode down but we are intrigued.

Starring the ever charming Noman Ijaz in the titular role, Khan revolves around the life of a powerful man, Khan, who works for the government.

"It’s a very complicated character with a lot of layers in it," Noman Ijaz shared in an exclusive interview with Instep. Ijaz, who is very evasive with interviews and generally does not talk to the press, took time out to speak with us over the phone from Lahore.

"Khan is a different character altogether. He’s the kingmaker who is an integral part of politics, the one who may not always be in the limelight but plays his game from the back. Khan is a very complicated and unpredictable guy; people won’t be able to know what he’s going to do next."

The first episode of the play (aired last Sunday) centered upon this character who’s shown to be passionate about his work but is equally (or maybe more) attached to his family. The story opens on a Friday, the one day when Khan stays at home and doesn’t even attend any work related calls so that he can spend time with his family and married daughter who visits him every Friday. But when his daughter comes home without her husband and he learns that she’s beaten by his son in law, he doesn’t spare him either.

This loyalty to family makes one compare Khan’s character to that of Bashar Momin, played by Faysal Qureshi in 2012 drama serial Bashar Momin, who was brutal and merciless but very sensitive for his family. Ijaz, however, feels that there’s no resemblance between the two characters.

Ijaz is one of the few actors who like to experiment with different roles each time. From Mera Saaein (2010) to Jackson Heights (2014) to the more recent Dumpukht and Sang-e-Mar Mar and now Khan, the actor has a long list of unconventional portrayals to his credit in a career that spans over two decades.

Reflecting on some of the most notable roles he has played so far, Ijaz asserted, "I like doing offbeat roles. I always try to do something unusual, something challenging. Not every actor is flexible enough to do that. Anyone can do simple roles but I believe in doing difficult things. I grasp the character to the extent that it becomes a part of my personality. I don’t deliver lines, I perform."

The confidence in his voice resonated through the call as he spoke about how much effort he puts to make each of his character look real. And this becomes visible whenever Ijaz appears on the screen. Even during the interview his words came out very naturally; he didn’t try to fake it even once.

Speaking about the state of television and the overflow of plays with recurrent themes and characters, Ijaz informed that channels dictate the entire process - from casting to direction to the storyline. He said that it’s not the job of broadcasters to decide these things but unfortunately this happens in our country.

"There was a time when we used to produce a limited number of plays, which came from all four provinces. All of these plays helped educate viewers about the customs and traditions of these places. Though the number has increased tremendously, plays that are being made today aren’t worth watching. Dou takey ka drama nahi ban raha aj Pakistan main. And it’s not because of the actors or the producers, it’s because of the broadcasters who dictate each and everything. These broadcasters are idiots who think there’s only a certain formula - of victimizing women - that should be followed to bring ratings."

Quoting an example, Ijaz noted that his ongoing drama serial Sange Mar Mar is the first male oriented serial to ever air on Hum TV. He said that the play is doing wonders for the channel and they should realize it now.

As the conversation moved to the discussion on the need to have more male centric serials, the actor stated that plays like Khan is an experiment and for the sake of growth, one should keep on doing it.

"We’re so used to following the same pattern that whenever we bring an offbeat drama, it either fails or clicks too well. It fails because our audience is overexposed to similar content so it’s difficult for them to accept anything different at first but once they watch it, their interest develops."

Khan also stars some other veterans alongside Noman Ijaz. In terms of performances, a lot of big names including Atiqa Odho, Saba Hameed and Aijaz Aslam are attached to the project that also sets it apart from other dramas that are flooded with fresh faces.

Speaking about the current crop of actors, Ijaz maintained, "Someone who memorizes his lines and says them in front of the camera is an actor in Pakistan and this has become the criteria now."

Coming back to Khan, the play stands out as it offers a unique perspective on the life of a politician, who’s stuck between his work and family. The first episode of the play was gripping and made one look forward to the next which will air tonight. Let’s wait and watch what this play holds in store for us in the next few episodes.