Not a fringe voice

A Punjabi poet, a writer in Punjabi, a reader of his own poems just like other readers, Irfan Malik constantly defies himself, his form and content, thereby refreshing his art 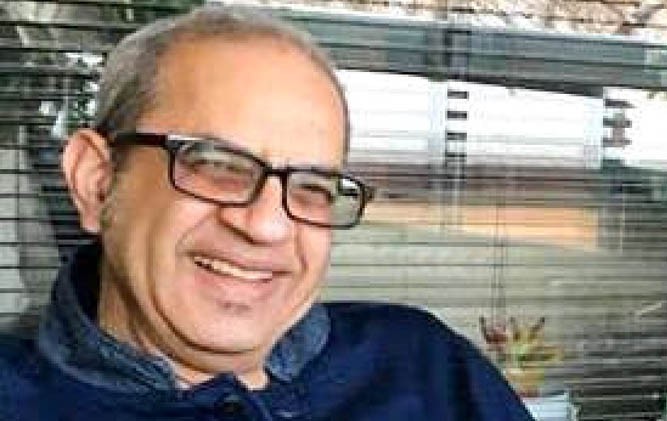 In 1992, when Irfan Malik brought his first book of Punjabi poetry, Vich Jagratay Sutti Tahngh (In Sleeplessness Sleeps Longing) from Stockholm, he was variously received in Lahore. To begin with, his poems stirred interest in a constituency of veteran leftist friends in the town. In retrospect, they could relate to the poems, even though Malik sounded detached from his former ideas of collectivity and spoke in the language of individuals and about a self in search. To some, he was post-modern, urban and/or a specimen from the walled city of Lahore with its peculiar accent. Others could reflect upon his study of Indology and Linguistics behind the poems.

It was then that a bulk of Punjabi literary circles got agitated over an utter departure from traditional mainstream poetry: "What’s this poetry?" "Prose poetry in Punjabi with not an iota of lyricism and ‘poetic’ structure?" "It cannot be sung but only read", "it’s so individualistic" and so on so forth. Not to mention that the longing and women in these poems were too real.

He could have been easily brushed aside had his poetry not come alongside a self-conscious and informed composer who knew what he was doing and whose musings could compare literature from different lands both personally and in reading.

In the face of such mixed responses, Malik then presented his ideas in his soft and accommodative demeanour that made him look rather defensive.

After that first book and initial contests around his poetry, he has published Akath (Untold, 1998), Noon Ghunnan (The Silent "N", 2000) and Dooji Aurat (The Other Woman, 2015), all collections of poems. In prose, he has two books to his credit including a Punjabi translation of Swedish Poet Gosta Friberg entitled Wadhda Hoya Ghaira (An Ever Expanding Circle, 2002) and Ghonghay (Seashells, 1993) a collection of nine Swedish short stories into Urdu.

His latest book of poetry Dooji Aurat has been awarded the first-ever Guru Nanak Award for best poetry book for 2015.

"The question is how we define resistance. I don’t understand it anymore in the traditional sense of political messaging and party politics. Resistance is within the poetry and art-piece itself, not outside of it."

Malik is not a fringe voice anymore. Now, in 2017, as we speak over Facebook video, he responds automatically and speaks like an engaged reader who has deliberated at length about his poetry and the ideas that prompt it.

Where will he place himself in Punjabi poetry is how I begin my interview. "I’m an outsider not only as a person but also as a poet. By the way I’m very comfortable with my outsider-ness. I once told fellow writer Mahmood Awan as well that I am not a Punjabi poet but I write in Punjabi. This distinction is important to me. I have strived to give Punjabi poetry a contemporary idiom. But there is a politics of language because of which I don’t put myself in the category of Punjabi sewa (service). I am afraid of literature provoking nationalism and ideas like Them and Us. There are tendencies of instigating nationalism through language in both India and Pakistan.

"Secondly, the intimate relationship of the reader and the writer intrigues me. Any art is a shared experience. When I have written it, I cannot take back a poem. It is now an entity in itself where I become a reader just like others. When you have read it, you are free to interpret in your own ways.

"Recently my emphasis has been on economy of words. I have seen that the fewer words I use, the more they expand. They sound like coming from the heart. The more you fill words, the more they get diluted. I am mostly working around themes of memory in the post Dooji Aurat phase.

"Maybe, I am anti-language nowadays. I am trying to write in as few words as possible. I don’t know where it all goes."

About his recent fondness for short poems and economy of words, he says: "This is an altogether different language of poetry. There are 4/5 words in each line. I don’t know if that can be sustained."

Memory is one topic which attracts him these days and is "an avenue worth exploring". He recalls that his favourite writer, Harold Pinter, used to employ the memory game in his plays. To add to his background knowledge, Malik has even browsed anatomy books to get a deeper understanding of the phenomenon of memory. He is particularly intrigued by the question: whether memory is constant or not?

"Memory changes in time and from person to person. Our versions of a single event can change from each other. Memory is affected by your own needs," says Malik and shares his intention to write poetry on Lahore (or its memory).

Only recently, he has also re-edited his first book that he says he wrote in the flow of youth: "I have also changed dedication of the book to late friend, and journalist and literary critic Azad Kausari. I came to realise that he was my mentor. He had his silent ways of mentoring the younger lot and would respect and treat them equally, unlike many counterparts of his generation who thought in hierarchies.

"I write prose poetry, which gives me freedom but it has its own rhythm. A Boston band has sung my poems. It has no organised rhythm but an order of words that makes sense. You don’t tell where you are taking the words from or say that ‘it’s is a poem about love’. By proclaiming, you stamp it (and choke and over-determine its meanings).

"My recent ones are untitled poems having three to four lines. There is this poem, for example, about (traditional) kid games, which to me displaces the meaning of games towards greater life-related visions. The order of words doesn’t remain such that they are seen as mere games. I think if I can write like this, it will be nice. It will be another kind of poetry."

I ask him: "Does structure matter?" "Somewhat," he says.

Does he identify himself as a Punjabi poet? "Perhaps my book Akath can give some answers. It was a very ambitious project. Friends like Basit Mir said that in that book my language changed; it was more structured. But I can call it non-structure. Maybe, that came under the influence of Indology that I was studying in those days. I and particularly this book are inspired by Bhakts not Sufis. Someone from among the Punjabi intellectuals also criticised me for this ‘unlikely’ inspiration.

"I love Sufis but Bhakts went beyond all bounds. They did not identify themselves with either Muslims or Hindus. I was especially touched by the Nirgun school of Bhakti movement. For them, shabad/naam (language) is suma of our intellect/being. They take the Ultimate Reality as formless, without attributes or quality. Two quotations might explain their core ethos: One from Nanak: ‘Saying is difficult’, and second from Kabir: ‘Ram’s Katha (fable) is untold (Akath)’. I named my book after this concept of absence of ‘fable/told’.

"In my book, Noon Ghunnan, I experimented with the genre of Seh-herfi (three-liners). But the mainstream Punjabi practitioners contested this."

Malik is sensitive about the loss of sounds that the Punjabi writers face today due to script issues in Pakistan. He says that our [Punjabi] alphabets are from Persian. "We have discarded our native letters and are not using full sounds of the language in writing. Punjabi has ten vowels and ten nasal sounds like other Indo-Aryan languages. Currently we use only three vowels. Full Punjabi sounds are now even out of the primers. Urdu that is officially used has removed these native sounds in primers and textbooks. It is some respite that Sindhi speakers use entire native sounds and alphabets like many others i.e. like Devnagri, Gurmukhi (script of Punjabi) and Karachi’s Gujarati speakers use it."

What do you see is the future of Punjabi language, I ask. He replies that languages are also linked with power and livelihoods. Unless people are employed [because of it], why would they use Punjabi? "I have stopped being sentimental about the issue of language. One of my poems: boli nain tay kissay da daan naeen daina/ har shabad apni qismat aap naal lay aanda e (language doesn’t owe anyone anything/ every word brings along its destiny with itself). Punjabi will survive if people make an effort for it.

"Things are in flux. Lahore’s dialect is no more its own. The inner city has mostly turned into warehouses. Urdu is practically now the language of Lahore. Middle class girls and boys speak Urdu."

I ask him about the response to his latest book Dooji Aurat. He says "it was mixed" but talks at length about how he was invited to Khanabadosh Writers’ Café, Hyderabad Sindh in March last year. "There were so many people who had come from different parts of Sindh and invited me to visit them. I was asked this question as to why I write in Punjabi. I said it’s my mother tongue. I also said that if Punjabis adopt their language they will also have regard for other languages. We don’t respect our own language.

"Then the Voices Group performed. There was dance all around. The event went from 5pm to 2am. I was glad to be among this engaged crowd. These are the people who know that Punjab is important. There have to be literary and cultural exchanges and bonds between Sindh and Punjab."

Given the background of this assembly, were there any questions on resistance poetry, I want to know. Irfan Malik says "the question is how we define resistance. I don’t understand it anymore in the traditional sense of political messaging and party politics. Resistance is within the poetry and art-piece itself, not outside of it."

After Dooji Aurat, Irfan Malik has had reading and poetry sessions in London, Stockholm and recently in New York City as well.

To conclude, I ask him about his process of poetry writing. "I carry at least one notebook with me. I also write on pieces of paper that I stick in my pockets or place at my table. These are generally lines. When I need and feel like working, I sit to turn these pieces into poems."

Not a fringe voice