Kneading the perfect loaf of bread

We take a trip to Loafology, Islamabad’s latest bakery and cafe 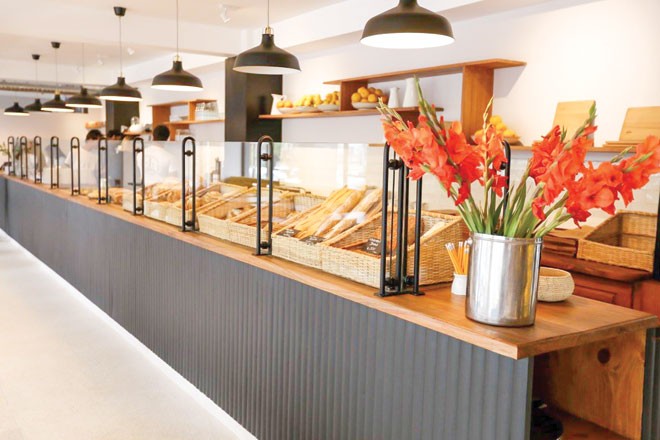 Islamabad today has no culinary limitations but it was always a struggle to find European style bread in the capital. Nicole Waheed, a Polish corporate lawyer from London, who grew up in Australia, particularly felt this void when she moved to Islamabad. She confessed that every time she went back to Europe, she would hide and bring back loafs of bread in her suitcases. Eventually she decided to do something about it and opened Loafology, a new bakery/café that is the latest addition to Islamabad’s eateries.

"I realised that if you want to make a country your home, you need to have foods that you love there too," she said when we asked her about the initiative. "I craved good European bread and I felt there was this gap in the market. Bridging the gap was my idea while opening Loafology."

Located in the Blue Area opposite Ufone Tower, Loafology is a bread heaven. As you as you walk into this perfectly spacious cafe the first thing that greets you is the aroma of freshly baked breads, obviously the cafes USP and forte. The café serves authentic European breads with no sugar, flour improvers or additives along with salads and basic breakfast items like omelettes, French toasts, eggs, bagels and desserts like tarts and cakes.

Loafology has a huge variety of fine breads including the olive and rosemary sourdough bread, the sourdough milk bread, French brioche, walnut and raisin bread and many more. The machinery has been imported from Europe. Chris, the chef, has come all the way from Warsaw in Poland and has years of experience of working in Warsaw’s best bakery. The flour is imported from Europe because while the local flour is perfect for traditional breads, it is not suitable for European style breads. Nicole also shared that a lot of experimentation has been done with flours at a lab in Europe to find the perfect flour to work with in Pakistan.

While Loafology’s claim to fame may be its breads, one can’t ignore the unique ambiance of the place, which adds to the aura of the space. A restaurant has to appeal to all the senses to maximize one’s gastronomic experience and with its wafting aroma of freshly baked bread combined with the well-lit organic space, Loafology manages to tick all the right boxes. One especially noticed the interior, which has been designed with distressed walls reminiscent of Poland’s post war disposition.

Loafology has managed to attract an interesting cross section of people in Islamabad. During a Tuesday afternoon visit one noticed groups of middle-aged, coffee-loving women as well as a younger crowd that would otherwise be seen at cool cafes and ice cream parlours; there were several men in sharp suits in for a business meeting, perhaps.

My friends and I started off with tuna and chicken sandwiches and both were uniquely appetizing since they were made in sourdough bread. Sourdough bread is slightly harder on the outside, softer inside and does not taste sweet unlike the local versions available at most bakeries here. The French baguette we tried also got full marks for being exactly like its European counterpart that can be found at a space like Borough Market in London. The bagels were scrumptious as well and could be picked up like a bakery item or devoured with cream cheese at the café.

My friend who tried the lentil salad was disappointed though. It tasted a bit too bland, perhaps for our localized palates. But the cheesecake made up for that disappointment. In fact, my hunt for the best cheesecake in town is now over because at Loafology it is baked and is taller and fluffier than most other cheesecakes available. Most of all, it was absolutely delicious.

And back to the breads, it was delightful to see Chris the chef kneading and working on his breads behind a glass wall, which is another indicator of the fact that everything is baked fresh.

In a nutshell, Loafology is a must visit sort of place, especially if you appreciate European style breads and the finer things in life.

Kneading the perfect loaf of bread