From east to west 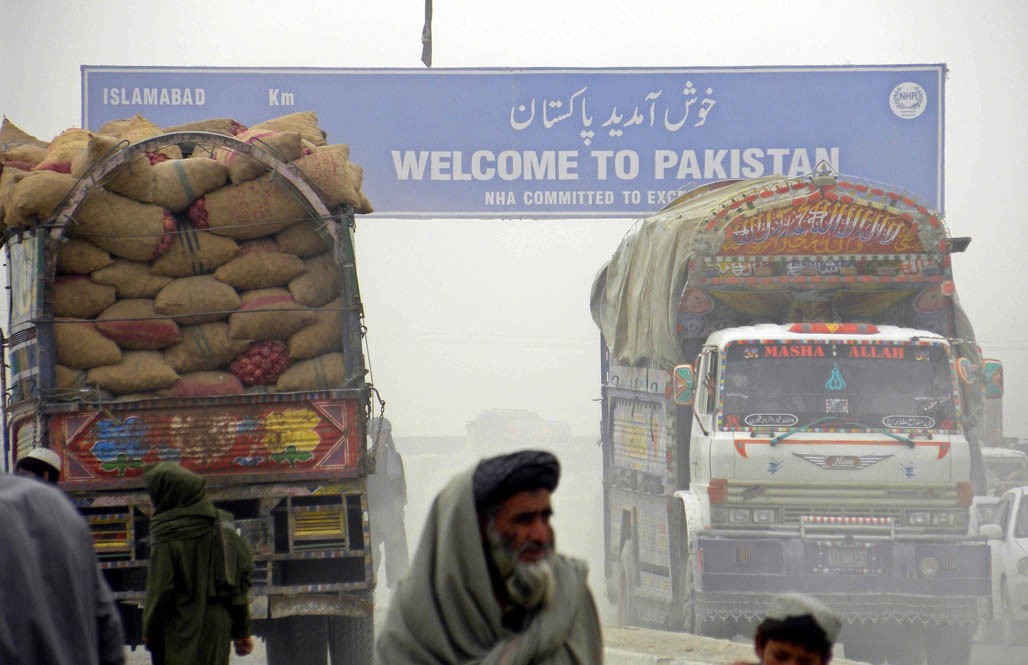 After taking charge of presidency, Ashraf Ghani was very enthusiastic to have more cordial and wide-ranging strategic relations with Pakistan. His three visits, including the highly-criticised visit to Army GHQ, are indicative of the fact.

However, President Ashraf Ghani was not happy with the outcomes which resulted in a nosedive in the already not-so-good relations between the two states. The relations also witnessed a paradigm shift in the Afghan economic policy from eastern to western border since the end of 2014.

After 2014 and President Ghani’s failed overtures to Pakistan, Afghanistan has seen a sharp decrease in imports from Pakistan with a corresponding increase from the western neighbour, Iran.

For example, in 2013 Pakistan was the top exporting country to Afghanistan with total exports of $1742 million in comparison of Iranian exports of $1510 million. However, the latest statistics of 2016 show that Iranian exports to Afghanistan has increased to $1808 million while Pakistani exports have decreased to $1346 million. Trade between Pakistan and Afghanistan was $2.1 billion in 2013 (it was $0.83 billion in 2006) but it is on decline as evidenced by latest statistics.

Afghanistan has had transit agreements with Pakistan since the time of King Zahir Shah back in 1965 in the form of Afghanistan Transit Trade Agreement (ATTA) to allow Afghan goods via Pakistan’s Karachi seaport. The treaty was effective during the Taliban regime in the late 1990s. In the wake of 9/11, the old ATTA was also reconsidered as it was the shortest route for NATO forces in Afghanistan. In 2010, the transit route saw a new twist when Afghanistan was allowed to exports goods to India but with no such facility for Indian goods. The new agreement was named Afghanistan-Pakistan Transit Trade Agreement (APTTA) which became operational in July, 2011.

Cordial trading relationship is beneficial to both countries, and Pakistan is getting more from bilateral trade with Afghanistan -- a country with 95 per cent imports and 5 per cent exports.

Ashraf Ghani has been trying to balance and off-set the dominating role of Pakistan in economic relationship on the eastern border. As a counterpart, Afghanistan has been entering many agreements with countries on its western border. Besides transit agreements with Pakistan, Afghanistan is taking keen interest in similar type of contracts with other neighbouring countries on western and northern borders.

The Chahbahar seaport is an appropriate and balanced alternative transit route to its counterpart in Pakistani territory (Karachi Seaport and Gwadar Seaport), with special concession for Afghan goods by Iran. In addition, a route has started operation linking Afghanistan with India via Iran territory of Chahbahar Seaport. Moreover, two trilateral transit and trade agreements were signed during TISA that was Afghanistan-Iran-India and Afghanistan-Iran-Tajikistan and four bilateral transits and trade agreements were signed among Iran, Turkmenistan, Uzbekistan and India.

In December 2014, a five-nation agreement on railways (China-Kyrgyzstan-Tajikistan-Afghanistan-Iran) was singed that will link China with Iran via Afghanistan. Using this agreement, in the first week of September 2016, China has sent a first train of $4 million worth of goods to Afghanistan via Hairatan (Uzbekistan) in a shorter period in comparison to old insecure and long transit route of Pakistan. Similarly, many highways are proposed to link Afghanistan’s Herat province to Iran and Turkmenistan which will open way for Iran to Tajikistan and China.

All these steps and agreements by President Ghani show a clear paradigm shift in its economic policies from east to west. With the deteriorating security situation in Afghanistan as a result of withdrawal of international troops; tension on border with Pakistan; appeal to boycott Pakistani goods on social media and an "un-willing" return of Afghan refugees will further intensify the downturn in bilateral Pak-Afghan trade. It seems difficult to achieve a target of $5 billion Pak-Afghan trade in 2017 -- a target set by President Ghani during his visit to Pakistan in November 2014.

Zulfiqar Ali Bhutto, former prime minister of Pakistan, once rightly remarked that "no two countries in the world share so much in common as Pakistan and Afghanistan". It is high time for Pakistan to give more incentives to Afghanistan (with the lowest tariff rate of 5.9 per cent in the region) in the upcoming project of China Pakistan Economic Corridor.

Cordial trading relationship is beneficial to both countries, and Pakistan is getting more from bilateral trade with Afghanistan -- a country with 95 per cent imports and 5 per cent exports. In addition, bilateral trade will pave way for Pakistani transit goods to Central Asian countries via various locations of Afghan territory i.e., Iran via Islam Qila and Zaranj border; Uzbekistan via Hairatan; Tajikistan via Ali Khanum, Sher Khan Bandar; Turkmenistan via Aqina and Torghundi. So Pakistan needs to take serious steps to regain its old level of exports to Afghanistan.

From east to west