A disaster waiting to happen 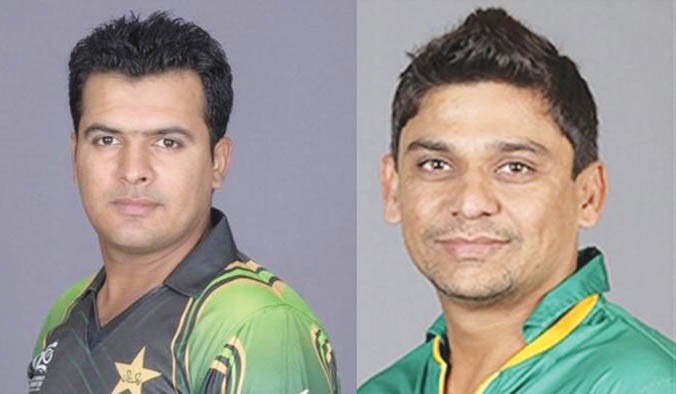 What happened in Dubai on Friday, only the second day of PSL 2, wasn’t a lightning bolt from nowhere. It was a disaster waiting to happen. If you opt to take a professional Twenty20 league featuring all levels of players from all corners of the globe to a place like the UAE – a favourite haunt of shady bookies – then you have to be ready for the consequences.

The PSL corruption scandal isn’t just about two players – Sharjeel Khan and Khalid Latif – succumbing to the temptation of making easy money on the side. It’s bigger than that. There is a big likelihood that many other players could also be involved, leaving Pakistan’s T20 league, launched with a lot of fanfare last year, under siege.

What has happened at the very onset of PSL 2 makes it seem as if an incident-free inaugural edition of the league last year was beginners luck. Or as Najam Sethi pointed out last Friday, the bookies were probably gathering information during the first edition and decided to go for the kill after it became clear that PSL did in fact offer enough juice.

It’s not that Pakistan Cricket Board (PCB) wasn’t forewarned. I was one of the many who feared that PSL might turn out to be something of a sitting duck for match-fixers.

"For better or for worse, Pakistan’s cricket chiefs have finally decided to go ahead with their plans to launch a professional Twenty20 league. If it clicks, it would be great for the game in our country but what if it doesn’t? What if, it turns out to be sitting duck for match-fixers?

Najam Sethi has achieved a major breakthrough by bringing the PSL within reach. But his job will reach completion only if the PCB manages to deliver a successful, corruption-free league.

The onus will be on Sethi to make sure that the PSL is held fixing-free. I’m not suggesting that it should be trouble-free because with any new enterprise there are almost always some sorts of teething problems. And when it comes to large-scale sporting competitions there are always some kind of technical problems. The most important thi  ng that Sethi and his team need to do is take steps to ensure that the PSL doesn’t fall prey to the corrupt elements that have been stalking and, to a large extent, ruining this beautiful game for years.

It won’t be easy considering that the fixers have, over the years, devised various ways and means to neutralize any anti-corruption measures taken by the authorities. Even mega events like the ICC World Cup aren’t immune.

But what works to the PSL’s advantage is that it is being started right from scratch. And it can learn from seven years of IPL failures to curb corruption.

For the PCB, it should begin with the scrutiny of the parties that will become franchise owners. I can tell you that at least some of them won’t be joining PSL to do Pakistan cricket a service. They will, primarily, be in there for the money. Now, a new league like the PSL is unlikely to make huge profits in an already saturated Twenty20 market. The short-cut for franchise owners to make money isn’t going to be the right way. I’m not saying that they will resort to fixing matches. After all, why would they go for such perilous gambles when there is spot-fixing – difficult to detect but almost as profitable as fixing entire matches?

We have seen that happening in the IPL. The scenes showing India’s fraud squad, the Enforcement Directorate, carrying out raids on the homes of bookmakers in Delhi and Jaipur are still fresh in the minds of cricket fans across the globe. Later, two of the leading IPL teams were suspended after officials were found guilty of illegally betting on various games. Dhoni’s Chennai Super Kings and Rajasthan Royals, captained by Australian star Steve Smith were thrown out of the league to, using the words of the tribunal’s chief, "protect the integrity of the game". It was a huge blow for the IPL as CSK is the most successful team in the league’s history having won the event in 2010 and 2011. They finished runners-up in 2008, 2012, 2013 and 2015. Rajasthan were winners of the inaugural edition in 2008. But it was hardly surprising considering that the IPL has been beset by fixing investigations and rumours of corruption since its launch. It hit a low in 2013 when India’s Test pacer S. Sreesanth was banned for life for spot-fixing during IPL.

But the IPL survived these near fatal blows because India runs world cricket.

Pakistan enjoys no such luxury. It carries the stigma of a series of fixing scandals starting from the nineties when a former national captain was banned for corruption. More recently, three leading Pakistani cricketers were banned and even imprisoned for spot-fixing during the 2010 tour of England. Unlike the past when Pakistan were counted among the big boys of world cricket, the country stands marginalised with international teams staying away from it because of security apprehensions. In stark contrast to India, Pakistan yields little or no clout in the power corridors of international cricket.

Such dismal background means that unlike its richer and powerful cousin in the east, the PSL won’t survive any corruption-related episodes. This is going to be a clear and present danger once the league rolls into action in the UAE next February.

PCB will have to devise a comprehensive mechanism that can help it detect any suspicious elements before they become a part of the PSL. It will need to keep a hawk-eye and should be ready to nip any possible evil in the bud. It will have to educate Pakistani players, especially the younger ones, on how to shield themselves from fixing mafias. Unlike the IPL which was known for its wild after-parties, the PSL will need to keep its eyes on the ball. Such after parties make it easy for the bookies to approach players or to carry out "honey-trap" blackmail scams. Being a T20 event competing against established leagues, the PSL must be entertaining but the entertainment should happen on the cricket field and not off it."

After the 2010 spot-fixing scandal that rocked Pakistan cricket, one had hoped that PCB will take measures to avoid similar debacles. But in Dubai last week, our worst nightmare came true.

It seems that the PSL chiefs have done well by refraining from putting the issue under wraps. However, my sources tell me that they couldn’t have covered it up even if they tried because the entire scam was unearthed by corruption watchdogs working for the International Cricket Council (ICC).

If Sharjeel and Khalid are found guilty of misconduct then they should be handed exemplary punishment. Other culprits, if any, should also be dealt with strictly. However, such steps won’t ensure a repeat of similar offences in the future. The trio of Mohammad Amir, Salman Butt and Mohammad Asif were handed lengthy bans and were even sent to prison in Britain for their roles in the 2010 spot-fixing scandal. But now we know that it didn’t deter others from falling prey to bookies.

The Board will have to take all possible measures to root out corrupt elements from within Pakistan cricket. However, it’s easier said than done.

A few weeks back Kevin Pietersen rued the fact that corruption from cricket will never be fully stamped out. He was responding to a report that Australian cricketers on the verge of making it to national squads and the Big Bash League are being targeted by bookmakers via social media as they seek information on squads and playing conditions.

It’s true that no matter what steps you take, fixing mafias will find ways and means to entice players. But this doesn’t mean that you can allow it to happen. Many sports have in fact managed to minimize corruption by taking concrete steps in recent years. Cricket will have to follow suit. Just punishing players after they had been found guilty of corruption is no solution. What the cricket authorities need to do is minimise the chance of any shady business taking place in the first place.

The first step has to be proper education of the players, especially the ones who are most susceptible to enticement from the bookies. The players should be told that the bookies begin my making them coveted friends but soon treat them as slaves when they start "calling the fix". In the US, College basketball officials have in the past roped in former Mafia capo Michael Franzese to lecture their players about how the fixing rings really work.

At the moment, however, PCB chiefs are in a damage control mode. From where I see it, they face an uphill task.

A disaster waiting to happen