Three TV serials that stand out this season 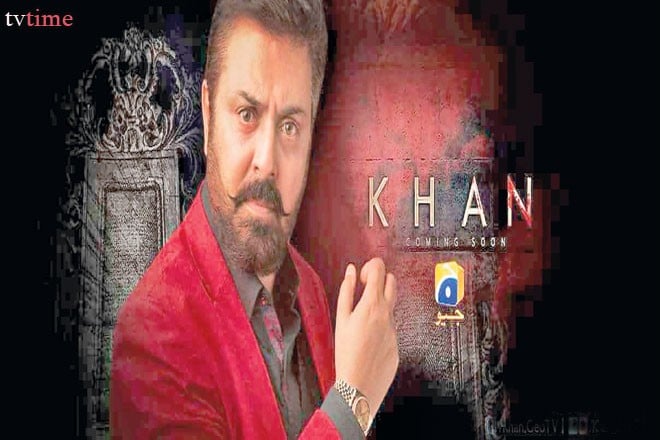 While love affairs and marriages continue to dominate our TV screens since time immemorial, there’s a constant debate on why our dramas don’t explore diverse themes and genres. Even though there are so many stories to tell, there are hardly any projects (out of a 100 television plays) that revolve around medical or crime themes. However, with the success of last year’s drama serial Udaari that tackled the issue of child sexual abuse, there’s has been an inclination towards socially relevant plays in the last couple of months (Khuda Mera Bhi Hai, Mera Kya Qasoor Tha, Muqabil, Sammi). While it is a good initiative, the obsession with social dramas now runs the risk of monotony.

Fortunately, there are a few new and upcoming plays that touch upon unique themes and aim to present something different to the viewers. Instep talks to some of the people that are a part of these projects to find out more about them.

Topping our list is Geo TV’s upcoming play, Khan. Starring Noman Ijaz as the titular character, the play has become the talk of the town for supposedly portraying the life of controversial politician, Imran Khan. However, this isn’t true as the drama has nothing to do with him. In a conversation with Instep, director Ali Faizan (of Dhani fame) shared, "There’s no political background attached to Khan. It’s about the journey of a man who’s a pathan, hence the name Khan is given to the play. At some point in his life, he realizes the importance of power and then does everything to become powerful - be it good or evil. It’s a multi-layered character with shades of grey. It’s been a while since we saw a male-centric story (after Bashar Momin) so this is an attempt to bring back such plays on television."

Khan revolves around the theme of power among other issues. Aside from Noman Ijaz, the play also stars Aijaz Aslam, Atiqa Odho (who is essaying the role of his wife) and popular morning show host, Shaista Lodhi, who will be playing his love interest in the play. Khan will go on air later this month.

Another upcoming television play that is all set to experiment with unique themes and characters is Chinaar Ghaati. Directed and produced by Ghazanfar Ali, the play is a suspense thriller and talks about two different eras.

"Chinaar Ghaati revolves around the supernatural world," VJ-turned-actor Anoushey Ashraf, who stars in the play, told Instep. "It’s far from our regular serials and has elements of suspense and mystery. The play is basically based on an incident that took place in the 1800s but its repercussions are evident in 2017 as well. It connects that period of time with modern days and presents two different eras."

As far as Anoushey’s character is concerned, it is created in modern times. A group of friends, including her, who work together, visit a village where the incident took place in the past. Chinaar Ghaati follows what they experience there and how it affects their lives.

Aside from Anoushey, the play features a wide range of actors including Alyy Khan, Samiya Mumtaz, Tipu Shareef, Shumail, former VJ Dino and musician Ali Noor from Noori. The play will go on air in summer, this year.

Starring Mawra Hocane as the titular character Sammi, new drama serial Sammi also looks promising and has the potential to become one of the season’s most popular TV plays. The first episode of the play, aired last week, managed to keep viewers thoroughly engaged. The play begins with preparations of Sammi’s wedding, her groom-to-be’s murder at the hands of her brother and ends with the decision of her forced marriage (vani) with her potential father in law to settle the score. The brilliant performances of all the actors (Hocane, Adnan Siddiqui, Rehan Sheikh, Noor ul Hasan) kept viewers hooked to their TV screens.

In a recent interview with Instep, the director of the play, Saifee Hasan informed, "Sammi explores a couple of social issues relevant to some of the rural areas of Punjab, Sindh and even KPK. The major theme around which the story revolves is forced marriages, also called Vani. There are a lot of events happening in the story and I believe the characterization and the acting will make this play different from the rest of the plays. These aren’t usual characters that we generally come across; they are people from the village. There’s a bit of urban touch to the story but it’s mainly about people living in the rural areas."

Written by Noor Ul Huda Shah, Sammi also aims to highlight issues such as ignorance of maternal and child healthcare and female inheritance laws. It’s a journey of various female characters who rise above traditional and social barriers and find within them the courage to claim their rights and end their silent suffering.

Three TV serials that stand out this season