The curious cases of Fawad and Tabish 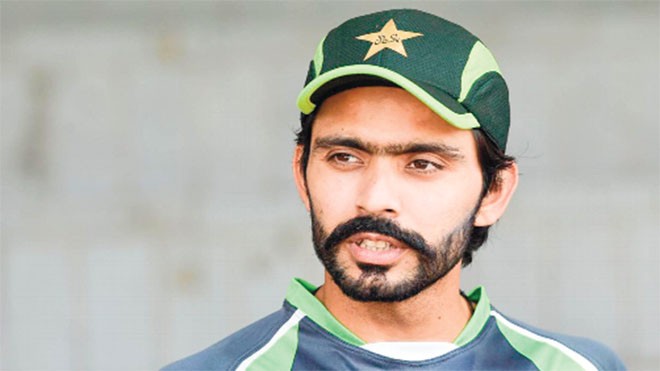 Fawad Alam and Tabish Khan may be among the unluckiest cricketers. They have been continuously performing well but the Inzamam-ul-Haq-led selection committee did not give them a single chance to show their skills at the international level.

The time has come for Misbah-ul-Haq and then Younis Khan to say good-bye so there would be a big gap in the Pakistan batting line which is already shaken. And Pakistan need a batsman having good experience, talent and current form to fill the gap and Fawad should be the ideal choice.

It was believed that till Misbah is in the playing eleven there is no place of Fawad due to which despite outstanding performances, the PCB did not call him back for national duty.

Fawad scored a mammoth 168 on his debut against Sri Lanka. On his return to the national side in 2014 he performed truly magnificently in Asia Cup with a fifty against the Bengalis, notching 70 runs in a chase of 326, and scoring 114 not out in the final against Sri Lanka.

It is surprising that he was dropped even after scoring 250 in three Tests, averaging 41.66. In 38 ODIs he has scored 996 runs, with one century and six fifties, averaging 40.25 but the selection committee did not call him.

Pakistan batting line collapsed a number of times against West Indies, New Zealand and Australia, even on batting pitches in the UAE, but neither Misbah nor Inzamam said anything in his favour.

Players and officials who were involved in match fixing and faced humiliating punishments have been included in the national cricket team but a player who has scored runs in both formats of the game has not been called up.

As PCB chairman Shaharyar Khan has said that PCB would not stop Misbah if he wanted to retire, it is the ideal time to give chance to Fawad, as PCB gave chance to Misbah when he was 35.  The 31-year-old Fawad will stabilise the Pakistani batting line in the same way as Misbah did. Misbah’s international cricket career had been supposed to be finished due to the presence of Inzamam, Yousuf and Younis. But when selectors give him chance, Pakistan saw a historic comeback in international cricket.

The PCB should realise that Pakistan is 8th in current ODI ranking and 6th in Tests.

Pakistan’s cricket history has been one of lobbying and favouritism. Even top-class performances in the domestic circuit could not guarantee some players’ place in the national team. Fast bowler Tabish Khan has been a victim of this.

He is a genuine right arm fast bowler who can swing the ball on even dead surfaces of Pakistan. But his 478 wickets in 107 first-class matches at a sterling average of 23.73 have been found insufficient by Pakistan selectors. He has taken five or more wickets in an innings 25 times and 10 or more wickets in a match six times. He has been in top three in the bowling charts of the Quaid-e-Azam trophy almost every season.

He has represented State Bank, Karachi Electric Supply Corporation, Karachi Blues and has been part of A sides tours. But still he is waiting for the Green Cap.

The failure of Pakistan’s pace attackers on fast and bouncy tracks in New Zealand and Australia should be an eye opener for the selectors.

It is time to give chance him in the coming West Indies tour where he would prove lethal as Caribbean tracks would suit him. Experts say that a fast bowler peaks at the age of 32, so he is an ideal choice right now. Tabish at the age of 32 has shown that age is no barrier for a genuine quick bowler.

The curious cases of Fawad and Tabish