The cast of characters

Whenever I turn a page of the many society magazines that are assuredly flourishing in Pakistan, I am reminded of those scenes from college… 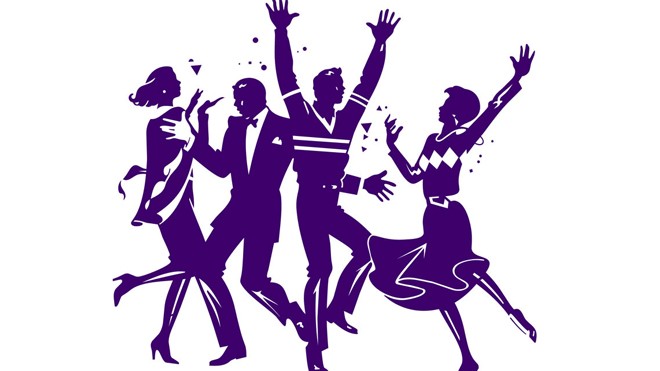 During college, my sister and I worked as receptionists at a building whose library overlooked the backyard of a social club for gentleman-boys.

Whenever the sun broke through the cascade of clouds on those nippy New England afternoons, this club would host garden parties. Men dressed in seersucker suits with bow-ties and brown oxfords, would invite ladies whose colourful dresses would give the palette at a Punjabi wedding a run for its money.

Unbeknownst to them, in the building next door, sat a pair of inquisitive siblings peering in like flies on a wall.

We knew a fair number of the guests, which meant the stories we constructed had a chance of being true. Beyond the fodder for gossip that such a vantage point necessarily provides, we saw far more than what met the eye.

There was a set for whom this was their first invite. You could tell them apart for their laughter was a touch too eager, while their eyes never ceased scanning these new surroundings.

There were also the veterans who would dance atop tables, fists moving in unison with the beat. We would catch their expressions in those tiny moments when they felt there were no eyes on them. In that glimpse, their faces would betray their annoyance at not being seen. I know this for I too had been in their shoes perhaps the weekend before.

Such parties would be the idea of fun in a Hollywood movie -- dance, music, beautiful people. But from this surreptitious library window we could tell it was just that -- the idea of fun, as opposed to being fun itself. Not always, at least.

Whenever I turn a page of the many society magazines that are assuredly flourishing here in Pakistan, I am reminded of those scenes from college. The jumble of pictures on the glossy pages are to me today what the window to that cozy ill-lit library was before -- a full view of the idea of fun. Given enough time one can find many a wonder while scouring through these pages (a guilty pleasure of mine).

I have grown far too familiar with the cast of characters on display. I know them by name, who their ‘friends’ are, how old their child is etc. They are the ones who advertise their lives, I simply keep track.

Let me start with the Couple. These two show up to everything. I mean everything. A child’s first birthday to a grandpa’s last, they are there. And they are quite familiar with the peacock that danced in the jungle for no one to see, for they never repeat that mistake. They have the remarkable ability to hover around the photographer all the while nudging themselves ever closer to a celebrity. And just as the said celebrity gets ready to give a self-involved pout to the photographer, these two cling to him or her like childhood friends.

The husband always dresses the same. There are three components to his attire. Below the belt, a pair of blue jeans with pointy leather shoes that would be at home in a Bollywood disco scene from the 1970s. Above the belt, a vomit-brown striped button-down and a blazer two sizes too small to complement it. The belt -- its buckle is visible from all angles of the room. If you try to avoid it, it will come find you.

The wife, poor thing, is nothing special; nothing of distinction about her other than her name. You will never find another that shares it. I fear I may have given up too much. I think it’s time to move on to someone else.

Oh yes, the Model. It’s a he in this case, but most of what I write can just as easily apply to a she. What he covets more than anything is a last name. You see we, the consumer, only care about people with two names -- Ali Zafar, Ali Azmat, Ali Sethi (or, maybe, there’s something about the name Ali). Neither applies in this case. Our model isn’t named Ali, nor does he have a last name just yet.

To get it he will attend luncheons upon luncheons, sell his face to crass beauty salons, and just about anything else under the sun. The path to what he seeks runs through these glossy pages, this much he knows. But he has made one glaring miscalculation.

While he feigns laughter at the torrid skin-deep jokes of the guests, he really should be befriending the photographers. In the notepad that is uncomfortably nestled in the photographer’s front-picket lies the power to bestow upon any and all a last name. Unsuccessful the model returns home, determined to fight another day.

The list of characters goes on. The Aunty, the Husband-Hunter, the Born-Again Teenager, not to mention the long list of the unnamed who are there every time but are simply captioned to be so-and-so’s guests. But all those for another day.

What I see in the pictures are smiling, laughing faces. But I would be curious to see them like I did those college students with my sister, right after the camera turns away. See their faces when they know there are no eyes on them. None save mine, of course!

The cast of characters