No freedom to imagine

As the winds of fear and oppression blow, there will be flight of talent and emergence of dangerous levels of mediocrity as imagination and excellence require freedom and tolerance 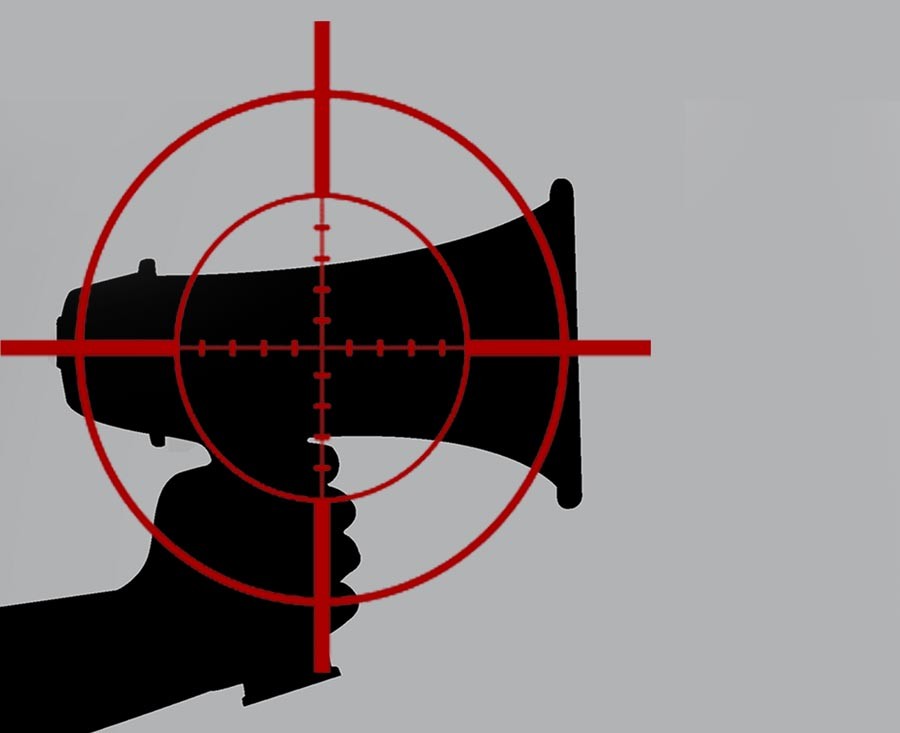 The other day, as I sat organising my older work, I couldn’t help but notice the change in my writing -- from being carefree and bold to cautious, and then at times, even silent. This had nothing to do with my writing style but a barometer of the quality of freedom and space I breathe in.

My fear is the air is likely to get more polluted and congested for the free thinker to survive. The winds of fear and oppression are likely to grow stronger with time. We have indeed entered a new age.

My lament will sound strange, especially to those who have lived through the Zia years when state oppression was at its height. Seeking freedom of expression was a real struggle since the military government resorted to repression. In 1977, it banned the PPP’s Urdu newspaper Musawaat. Journalists were picked up and thrashed. After 1982, there were strict censorship rules according to which news and publications had to be approved before they were printed.

But as a non-fiction writer, I represent a generation between two eras in Pakistan -- the 1980s and the post 2007 -- periods similar in terms of repression and gagging of voice. In many ways, the post-2007 period is far more oppressive due to the nature and diversity of cruelty.

The end of the Zia era following his mysterious death had brought a lot of changes in the country. Notwithstanding the weak and irresponsible political regime that was highly unstable, there were big changes in life, such as greater ability to speak, write, and even enjoy life. I remember the exuberance amongst the youth in the first public concert held during Benazir Bhutto’s first government. Enjoyment is a virtue which had turned into a vice under Zia’s rule.

It was these two decades that spoilt people like me. From commenting on political governments to military dictators and their successors there was room for the voice to be heard. Even when Musharraf and his partner-in-the-Kargil-crime Lt. General (retd) Javed Hassan had banned any discussion of the operation in the National Defence University, we wrote about it in public space, bringing to attention how the ordinary soldier had been let down to sacrifice in a war that was planned with no guarantees of success.

One of the main differences between the 1980s and the post-2007 era is that the latter has proved more lethal. During the 1980s people could at least identify the culprit as being the state; now it could be anyone in the crowd.

We wrote books about sacred cows in the country. It was different from the 1980 when even storytellers and poets had turned to abstraction to conceal the real meaning of their words and expression.

So, I was not prepared for the mind control and narrative management that descended on the society after 2007. Though people talk about greater freedom of expression, in reality it has proved to be a dark hole that people are sucked in. The expansion of media and its proliferation at many levels did not amplify my sound and cries but muffled my voice.

Referring to my own writings, I could see the obvious change that began to take place around 2012; there were greater restrictions every day. It became frequent that newspapers dropped pieces as an unsaid policy of self-censorship or reminded you not to take names of certain militant groups or certain organisations. In some cases, such censorship even expanded to certain powerful entrepreneurs.

Although the degree of censorship varied from one newspaper to the others, some were more intense than others; after 2010 even the English press that was considered relatively safer than its Urdu counterpart began to change its hue.

The situation was tougher for the electronic media that came under greater scrutiny due to its greater outreach. The threat to media, which in many ways symbolises the story of the nature of freedom of expression in the country, was from multiple sources.

A 2015 research report for an American think tank conducted by a team of Pakistani journalists and researchers that eventually did not see the light of the day, identified military and militants as two major sources of fear for the media. The structural flaws of the media and the vulnerability of individuals could be exploited by both.

According to the Committee to Protect Journalists, approximately 63 Pakistani journalists were killed in the period from 2007-2016. If you add the figure of 7 media workers, the figure would rise to 70.

Religious extremism has had its biggest toll in the form of fear in the society that is increasingly crippled to raise its voice against any form of injustice. It is tragic that in a Muslim society and state, conformity to the power of group and non-state actor is ensured through manipulation of religion -- all in the name of safeguarding it.

These 70 dead bodies which include that of journalist Saleem Shahzad, who was abducted from the heart of Islamabad and then killed, are symbols of the shrinking space in Pakistan. These are as symbolic as the recent disappearances of nine social activists.

The fact that there is a state within a state or some entity, whether it is state or non-state, which is picking up people and then building a campaign against them sends shiver down the spine. These killings and disappearances turn into a watershed between speech and silence, as did the killing of social activist Sabeen Mehmud.

My mind echoes with the shock and awe visible on social media after her death. It does not matter that her assassin was found and convicted later. It did not bring safety to the minds of people -- to hold open forums and discuss issues. Today, religion, Balochistan, CPEC, Afghanistan and men in uniform are issues that are beyond the pale of discussion.

The name of the game is having sufficient demonstrable power and resources to influence sources of narrative generation. This includes social media, which one thought offered space for alternative voices. Between the state and the non-state there are over 30,000 social media accounts that will initiate trends, carry out massive propaganda against people and bring down anyone’s reputation like a house of cards. All you need is slap someone on social media with a blasphemy charge and their life is over.

Any freedom that the society had to fight back seems to be throttled due to the ill-conceived cyber security law that will bring greater fear and anxiety. These methods are dangerous as they target free speech. Wonder if the politicians ever bothered to look into how crippling this law will become in targeting people and creating an environment which will prove dangerous for the growth of democracy.

One of the main differences between the 1980s and the post-2007 era is that the latter has proved more lethal. During the 1980s people could at least identify the culprit as being the state; now it could be anyone in the crowd. People will aim without asking questions or giving a fair chance for explanation. This may certainly bring a level of bureaucratic discipline, which some believe is necessary.

However, this will result in flight of talent and emergence of dangerous levels of mediocrity as imagination and excellence requires freedom and tolerance. The growth of capable human resource requires critical thinking in education which will never happen under the reign of fear.

No freedom to imagine