Where the children still play

The inspirational spirit of Aritao, a modest little village in the Philippines, facing an appalling water shortage 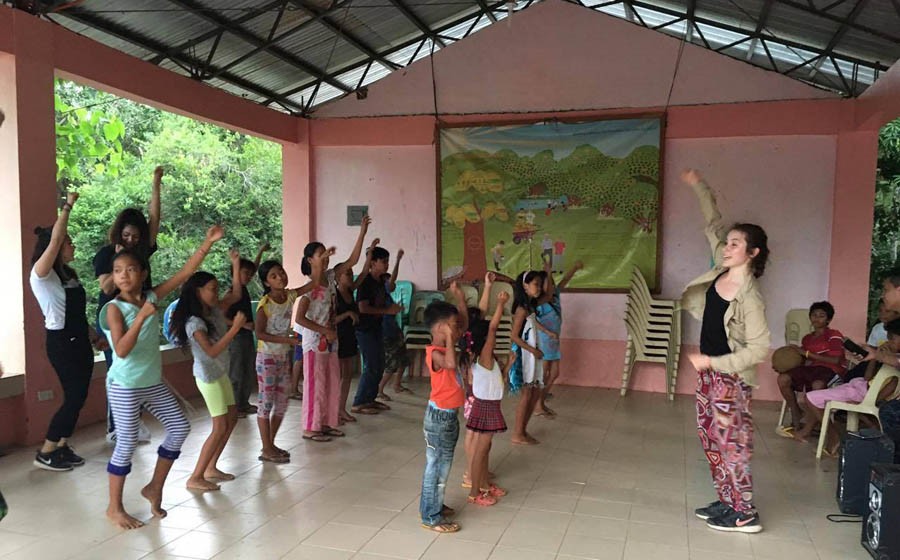 It was in 2016 that along with three other students, Larra (from Philippines), Wei Han (from Malaysia) and Marina (from Spain), I flew to Manila in the Philippines to work on a project in Aritao with Gawad Kalinga (GK).

GK is a Philippines-based non-profit organisation aiming to pull five million families out of poverty by 2024, by providing homes to the homeless, and food to the hungry.

I met with interns from France, USA and the Philippines working on areas as diverse as agriculture, medicine, and entrepreneurship with project durations varying from a few weeks to up to six months. We talked about our projects and how diverse they were and our common goal of "bayanihan" (helping each other) in collaboration with GK.

The project I was a part of focused on developing a sustainable solution for the lack of access to clean water in Aritao. And even though I was uncertain of what Aritao and what its residents would be like, I was more than ready to meet the community and start work because we had done intensive research and fundraising throughout the academic year.

Manila airport was neat and tidy. The weather was quite hot and there was heavy traffic. The roads were about as clean as the ones in Liberty or Walton in Lahore with small shops and stalls alongside. Manila too was just as lively as Lahore. Even at 9pm. I asked the GK employee, Danny who was driving us whether it was like this later too.

We stayed for the night with our GK host, Rouchelle, who was kind enough to fix us a traditional Filippino breakfast at 5am the next morning. After devouring the freshly-baked pandesales and longaniza, we reached the bus stop to leave for Aritao.

Our project brought us face-to-face with a disturbing reality - the 34 families in the community were sharing, metaphorically speaking, a trickle of water from a single pipe running across the village and available between 8.00am and 4pm, which allowed each family only 20 minutes to fill up their supplies.

The community that GK is looking after in Aritao was very warm and welcoming. After a round of introductions, explaining our project at the community meeting and having a few snacks, we went to our small, two-storey pink house.

The house had one large room with a wooden floor and four mattresses. Larra, Marina and I slept there. And Wei Han slept in the house next to ours.

There were no taps or running water -- just a big blue 200litre barrel that had to be filled every other day. The message: very, very short bucket baths; and buckets as a substitute for the flushing system.

Interestingly, all the houses there were identical as GK has a standard blue print for the houses. However, if the residents could afford it, some houses did have a small porch to prevent flooding during the rainy season. GK also provides the materials and the design for the houses, but the construction is done by the people of the community. Even during our stay, construction was going on next door and we often saw the local handyman Tito (uncle) Joey there who only lives about five houses down.

We were also greeted by the Mayor of Aritao on arrival. She was Chinese-Filipino and was very interested to learn about our project. She even brought us food for four days after she met us.

During our stay, three women from the village cooked food for us. Breakfast was served at 8:00am, lunch at noon and dinner at 8pm. And, of course, there were lots of snacks, merienda in between. Halo-halo, a delicious dessert with shaved ice, milk, boiled sweet beans, coconut and fruits, is a must-try!

It was really adorable how the women would watch us for our expressions so intently when we ate; all we had to do was give them a thumbs up and say, "Masarap, teeta!" (delicious, aunty) and they would be so happy.

All of them could speak English but they got very excited if we tried to talk to them in Tagalog - courtesy: Larra, who gave us short regular lessons. They never let us help cut vegetables or wash the dishes.

So my friends and I ended up cooking them a surprise meal one day where I conveniently stuck to cutting the vegetables.

Our project brought us face-to-face with a disturbing reality - the 34 families in the community were sharing, metaphorically speaking, a trickle of water from a single pipe running across the village and available between 8.00am and 4pm, which allowed each family only 20 minutes to fill up their supplies.

We were always surrounded by a swarm of children, except during school hours. They called me "Ate Samin/Zamin"(ate means elder sister). I loved how they would greet us -- by taking one of our hands in their hand, lowering their head, and touching the back of our hands with their foreheads.

And, they were very talented. We would have jam sessions with them at the multi-purpose hall every other night. Four/five teenage boys and two girls with beautiful, silky voices also played the guitar really well. They sang popular songs like ‘All of me’ (John Legend), ‘Stay with me’ (Sam Smith), ‘Like I’m gonna lose you’ (Meghan Trainor).

Marina, a trained dancer, would put together a one-minute dance routine for the kids and all of us would gladly join in as well. The children brought us presents almost every day - a chocolate, biscuits, some crisps. And a letter that we asked Larra to translate for us saying things like "I love you Ate Samin, I am so happy you came here".
They were all so cheerful, and didn’t think that they were missing out on anything.

They would patrol outside our house every evening after coming back from school, waiting for us to play with them. Some days we could, but some days we had to say no because of work - promising to make up for it the next day.

I kept thinking it would be great to have a Gawad Kalinga of our own in Pakistan. To move beyond the idea that poverty can be reduced by just giving money. You have to build up people’s confidence, and educate them, and give them the necessary tools so they can rise from poverty themselves and create a sustainable community. Money alone will not overcome poverty.

Where the children still play