Poor fitness is one of Pakistan’s biggest problems

For the moment, Pakistan are way short of where an international team should be when it comes to fielding and fitness 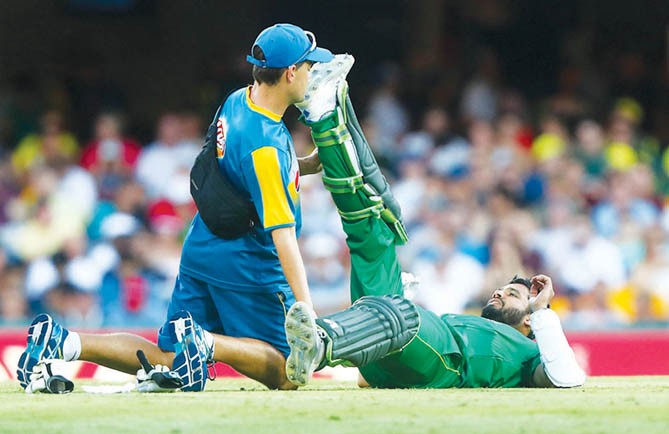 "Pakistan have now lost 12 Test matches on the trot in Australia, and somebody’s got to give them a kick up the bum. Cricket Australia have got to start saying: ‘Listen, if things don’t improve, we will stop with the invites.

"You can’t bowl poorly, have conservative field placings and field sloppily and expect to play decent cricket in Australia."

That was a snippet from Ian Chappell’s video summary of the Australia-Pakistan Test series on Cricinfo. He may be 73, but time hasn’t exactly softened the oldest of the Chappell brothers. He still doesn’t mince words.

In nearly two decades that I’ve covered the game, the brothers, Ian and Greg, have been among the most knowledgeable and perceptive cricket minds I’ve come across. What they don’t know about the nuances of technique and the mindset of champions really isn’t worth losing sleep over.

What Chappell said about Pakistan’s displays in Australia is his opinion, and that needs to be respected. But as one of the most influential voices in cricket over the past four decades, whatever he says will garner attention. And in that context, the comments were quite disappointing.

If we were to penalise international teams for being poor travellers, then cricket as we know it would come to a standstill. In the past decade, with three formats and new tournaments packed into an already bulging calendar, tours have become whistle-stop affairs with warm-up matches deemed an unnecessary luxury. Few touring sides hit the ground running, and in the case of three-Test series, a poor start usually means the end of the contest.

South Africa were one team that remembered their travel-sickness pills during the last decade, but even they came a cropper in India in 2015. Perhaps psyched out by an extremely spin-friendly surface in Mohali, they offered pitiful resistance in the remaining three Tests. Even in Bangalore, on an utterly blameless pitch, they were bowled out for just 214. Only four days of rain prevented a 4-0 drubbing.

Ian Chappell was part of the Australian side that won 3-1 in India in 1969-70. There has been just one series win since – under Adam Gilchrist’s leadership in 2004. Steve Waugh never managed to breach the Final Frontier and since that 2004 triumph, Australia have lost eight of their ten Tests in India.

Their record in Asia over the past decade is every bit as grisly as Pakistan’s struggles in Australia. In 18 Tests in India, Sri Lanka, and the United Arab Emirates, Australia have won just one and lost 13. Their last nine Tests in this part of the world have all been losses.

Their Ashes rivals have fared little better. England’s record in 22 Tests in Asia, excluding Bangladesh, is 3-13. But for the 2-1 success against an Indian team in transition in 2012, there has been little cause for optimism.

Neither Australia nor England has been invincible at home either. Australia have lost four home series in the past decade, three of them to South Africa. England have lost to India, South Africa (twice) and Sri Lanka in the same period.

Pakistan, since adopting the United Arab Emirates as their backyard after the terror attack on the Sri Lankan team in Lahore in March 2009, haven’t lost a single home series. In Australia, England, South Africa and New Zealand, countries where Asian teams have struggled in recent times, their win-loss record is 7-20.

Were they a disappointment in Australia? Of course they were. The bowling lacked discipline, the fielding was often of village standard and a couple of the players just didn’t look like they were aware of 21st-century fitness regimens. But when Australia were being thrashed in Sri Lanka and England being undone in India, the gulf in class between home and away sides was just as stark.

Criticism of a captain is also moot when a team is executing its skills so poorly. There were times when Misbah-ul-Haq looked lost and bereft of inspiration, but he didn’t cut any sorrier a figure than Alastair Cook did in India recently. And even Michael Clarke, frequently lauded for his aggressive leadership, looked like he just wanted to be on the next flight home by the time India had sealed the series win during the 4-0 rout in 2013. Few, if any, captains of sides hurtling to heavy defeats look good.

Where Pakistan could help themselves more is by controlling what which they can. The opposition doesn’t affect your fitness work, or the diligence with which you go about your ground fielding. For me, one of the highlights of the India-England series was Ben Stokes running all the way to fine leg before diving to stop a ball crossing the rope. He was then up in a flash to rifle a throw to the wicketkeeper – all this after a long spell in searing heat.

For the moment, Pakistan are way short of where an international team should be when it comes to fielding and fitness. But even teams that pride themselves on both get thrashed. Instead of withdrawing invites, what cricket needs to consider are saner itineraries that give touring sides some hope of success. -Wisden India

Poor fitness is one of Pakistan’s biggest problems