Whose job is this, anyway? 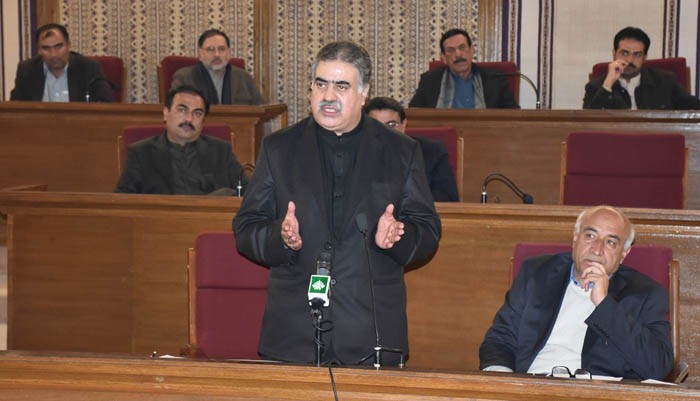 Last month, Chief Secretary Balochistan, Saifullah Chattha, dropped a bombshell in a meeting when he said that there are over 35,000 vacancies in the government departments. He further explained that if these vacancies were not filled within six months, the funds would lapse.

The shocking announcement by the chief secretary was met with both excitement and anger by the general public. Unemployment is one of the biggest problems faced by the people of the province. According to estimates, every year about 25,000 to 30,000 people graduate from universities in Balochistan and hardly 1,500 of them get full-time jobs. Government jobs are the single largest source of employment in the province due to absence of the private sector and a shrinking social development sector.

Also, the socio-economic condition of the province is abysmal. According to the Multidimensional Poverty Index (MPI) report 2016, issued last year by the UNDP and Federal Ministry of Planning, Development and Reforms, incidence of poverty is 71.8 per cent in Balochistan. Only Fata has a higher incidence of poverty than Balochistan in the entire Pakistan.

Some people were happy to hear the news because it meant jobs in large numbers. Others expressed anger, asking why these vacancies accumulated in the first place despite widespread unemployment.

After a couple of weeks of the announcement, the provincial government said it would fill over 20,000 vacancies in the next 90 days. According to details, services of a testing service would be hired to carry out recruitment tests for posts in grade 11 to 15, while for higher grades Balochistan Public Service Commission (BPSC) will complete the process.

This announcement has generated a debate in the province. The first issue is with the number of vacancies. The chief secretary has quoted a figure of 35,000 while the provincial government’s press release talks about 20,000 vacancies. People are also questioning the government’s ambitious claim that these vacancies will be filled in just 90 days. There are also questions about transparency and fair play in the recruitment process.

Balochistan has become a symbol of bad governance and people fear that these jobs might be handed out to undeserving people.

Balochistan has become a symbol of bad governance and people fear that these jobs might be handed out to undeserving people. It seems no one knows about the exact number of vacancies in the province. The figures quoted by the chief secretary and the provincial government are just guesses.

A top ranking official in the provincial government, who was not authorised to speak on record, explained that all government departments have been asked to compile lists of their vacancies. "The total number of vacancies will be known once these lists are compiled." However, he explained that there are 260,000 sanctioned employees of the provincial government and about 233,000 are drawing salaries. So, there are 27,000 vacancies out of which 23,000 would be filled through new recruitments, claimed the official.

"Rs121 billion is the amount spent on salaries of the government employees in the last year’s budget and out of which Rs13 billion are allocated for over 23,000 positions which stand vacant," the official added.

The chief secretary’s claim that funds for these vacancies would lapse if no recruitments are made in six months seems to be meant only to cause panic. Although, there is a rule of the Finance Department which says that all newly-created posts will be abolished after remaining vacant for six months, it is not practically implementable because transfers and postings can be used to prevent implementation of this rule.

However, another government official told TNS on the condition of anonymity that it is better to use funds for job creation as compared to development in case of Balochistan. "When funds are used for jobs creation, it will provide livelihood to thousands of families and if the funds are used for development schemes then the money ends up in bank accounts of crooked politicians and bureaucrats."

Mahfooz Ali Khan, former secretary finance, Balochistan, questions the government officials’ announcement about filling vacancies in 90 days. "Through BPSC, the recruitment cycle takes 4-6 months even when everyone works efficiently. In case of testing service, it is even longer," he claimed.

The former secretary finance also says that rule of the thumb for vacant posts is that attrition rate is usually 10-12 per cent at any given time. It means 10-12 per cent of total government posts are always vacant due to deaths, retirements, etc. "We have 260,000 employees in government departments, implying that there would be 26,000 vacant positions."

Jan Achakzai, special assistant to Balochistan chief minister on media, said, "Already, due to bureaucratic delays, funds have lapsed in the past. But not this time under his (Nawab Sanaullah Zehri)] watch." He said efforts are being made to ensure that the youth of Balochistan are accommodated. "No forgery of domicile documents will be allowed to snatch Balochistan’s jobs from the deserving educated youth of the province."

Lastly, this issue has provided the incumbent provincial government with the opportunity to provide jobs to tens of thousands of unemployed youth in the province. This would not only solve the unemployment problem to a great extent, but would also ensure political gains for the government. Therefore, all these recruitments should be made on merit through a transparent system.

Whose job is this, anyway?