Rather than lament the situation, the state’s lack of interest in arts should be taken as an opportunity by schools, educators, parents and artists to fill the void 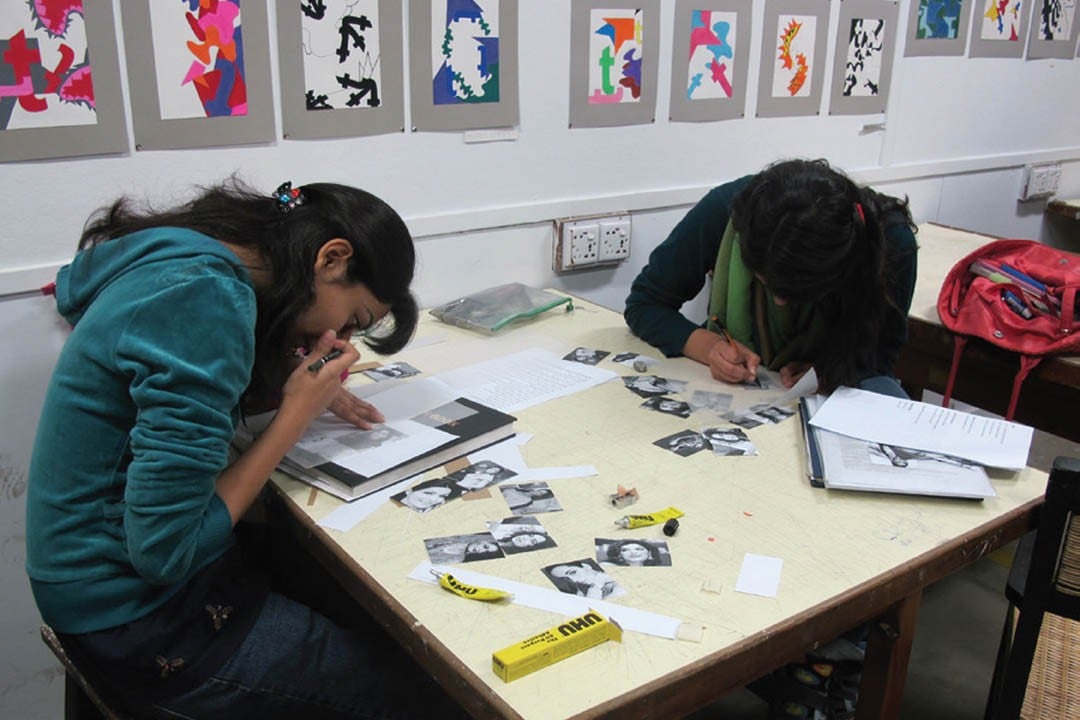 The following is an excerpt from a letter by John Adams to his wife Abigail Adams, post 12 May 1780

As a country, we may still find ourselves somewhere between the first two stages of a nation’s development, where we must still guard against foreign aggression on our borders and develop our economy. However, over the years there is an increasing number of people that are unencumbered by the pressure to earn a living, who have the option to pursue art because they are independently wealthy, or successful enough, or simply passionate enough to live the life of the starving artist.

On December 15, I attended a painting exhibition titled "Hazy Opposition/ Silent Resilience" held at the Serena Satrang Art gallery in Islamabad. The paintings were collaborative projects between the two artists, Anjum Alix Noon and Shireen Ikramullah.

I am no art connoisseur and I have to admit that I struggled a bit with interpreting the paintings on display. I really wished I better knew the fundamentals necessary to appreciate a piece of art, some basic elements that one should look for when interpreting any painting. I started talking to others and soon realised that mostly people looked at paintings without getting much out of them or their interpretations were quite superficial, but that is just my opinion. An A-levels student among those I spoke with said that he feels his art education at school never prepared him to appreciate such works.

Education in the arts goes beyond preparing future artists and just generally helping citizens have a better appreciation and understanding of the arts in society.

When I spoke to Anjum Noon, one of the artists, she said, "I would lobby for Art to be in the front row with the sciences. It is not only about colours and lines and making of pretty pictures but it is a catharsis and allows the mind to develop creativity, which in itself develops the ability of analysis. If a child is given an exercise of filling colour within the given outlined space it will benefit his motor skills, but along with that one could also educate her to allow her creative process to explore outside those lines. I would say that art is not only for young children in primary school, but just as important in middle school. The technical aspects of drawing, painting, etching etc. could be grounded in the middle schools so by the time of O levels and A levels they are in a position to better synthesis the creative and the technical aspects of the subject of Art and basically be in a better position to execute and analyse their work."

In other words, even a moderate understanding of art can give one the ability to understand the subtle layers of meaning in works of art. Speaking further about her experience during the exhibit, Anjum said that it is a little difficult to state whether or not people lack the ability to understand the overtones or undertones in her works. Perhaps as a result of this lack of art education, she observed that generally attendees related better to more conventional imagery, which is easily comprehensible in its depictions and portrayal of the subject matter. She hypothesized that maybe the understanding of art is in the earlier formation or cultural heritage of one’s upbringing, and expands through the criteria of art for the sake of beautification and/or an art for the moral improvement and/or of art as the representative of ‘poised’ and ‘polite’ dispositions. Nevertheless, she remarked, there are some who are extremely receptive to it.

The effects of the absence of art education are only too visible in Pakistan. The number of artists we have is few, and most leave you unimpressed. Local art forms are very limited, TV dramas being one of them. The majority population’s inability to understand nuance manifests itself in these stories, where everything needs to be conveyed explicitly in dialogue, in order to not lose the audience. The results are scripts in which every action is too on the nose. Among other locally practiced art forms are truck art, kite making (although it remains a far cry from the skill, complexity and beauty displayed by Chinese kites), and calligraphy (which I often find lacking in depth). Beyond that, however, very few examples come to mind.

My own art education experience is limited to drawing classes, occasionally acting in school plays and singing songs at school events. However, there was no systematic integration of any type of art education in the curriculum. Drawing period was unimaginative and did not foster originality or creativity. I remember taking jar caps to art exams to draw oranges and apples. Teachers stressed drawing straight lines and circles, rather than allowing for originality and creative expression.

The idea of multiple layers of meaning applies to all forms of art, including paintings, sculptures, poems, books, music, etc. For example, Star Wars, dismissed by our parents’ generation as children’s entertainment, is a deliberate retelling of Greek mythology, where every character is just a reincarnation of a counterpart character. An online search will reveal plenty of material that makes this point, from high school English lessons all the way to college courses  dedicated to the literary analysis of Star Wars. This deeper understanding is necessary for a writer to be able to determine what will "work", as well as for the audience to appreciate the work.

Our lack of music education also leaves us devoid of appreciation for classical/instrumental music. A masterful piece of instrumental music should, and does, play with listeners emotions. It can make people soar and cry at the same time. In 2006 Neil de Grasse Tyson, the Director of the Hayden Planetarium in New York City, gave a presentation at a conference at the Salk Institute near San Diego, CA, attended by several Nobel prize laureates, on the effect art education had on him as an astrophysicist. His closing remarks later became known on YouTube as ‘The Greatest Sermon Ever’.

There are indirect economic benefits of art literacy too. Think about Apple founder Steve Jobs, who famously took only a few courses at UC Berkeley before dropping out. One of those courses was on calligraphy and would guide his design philosophy for operating systems from Apple’s first computers all the way to the iPhone. Anjum noted to me that "our world now, is basically in our palms -- we appear to be connected, through virtual strings etc. But pause and think why we are easily able to access it and communicate through it -- it probably is due to the development of imagery, icons etc. All that require a huge amount of creative and technical background and understanding. Art compliments all subjects -- it is without doubt complimentary to all other subjects … Without Art the development of aesthetics, proportions etc. are stumped. It is a formation which opens venues into movie making, fashion, advertising and more importantly communication, connectivity."

Education in the arts goes beyond preparing future artists and just generally helping citizens have a better appreciation and understanding of the arts in society. There is considerable research that shows that arts have a direct impact on academic achievement of students. The National Endowment for the Arts in the US published a report in 2012 showing that engagement and academic achievement (not just in standardised testing but also Science and Writing) of students from low-socioeconomic background increases with a high-arts educational experience.

In more developed education systems around the world earlier classes generally focus on making music and learning at least one instrument mandatory. Later music classes focus more on the basics of classical music appreciation, as well as its composers. They also cover the history of music all the way to contemporary music. Similarly, Art classes in later years involve trips to art exhibitions, where students study not only techniques, but also spend time interpreting select works and producing their own impressions of them.

A knee-jerk reaction would be to propose a revision of the primary and middle school art curriculum, but I think that would be a bad idea for two reasons: First, a review of years of school curriculums designed by the Ministry of Education reveals one simple thing, that the state is least interested in what gets taught in Art classes in schools and beyond. The focus of its attention rarely extends beyond the curricula of Mathematics, Science and English. Second, little good can come out of the state mandating what ought to be taught as art. I would never expect anything that could encourage pupils to think critically or express opinions that threaten or challenge the pervading social order.

Rather than lament the situation, the state’s lack of interest in this area should be taken as an opportunity by schools, educators, parents and artists. It means that schools have free reign to decide how they choose to fill that void. In my own opinion as a non-artist, I would like to see schools venture beyond copying images, accurately reproduction and technical details of drawing that are often the focus of art classes. Many of the lessons taught in art classes in the West do not necessarily cost more resources to integrate into our schools’ art curricula. Certainly, the cost of one or two art museum school field trips a year is not prohibitive for schools that are within driving distance of them.

There are also groups of local artists that have volunteered to connect communities with art. One such local group is Rastay, a non-profit that organises exhibitions and conducts art workshops at schools with underprivileged children willing to have them. If there is a lack of art expertise among school teachers, organisations like Rastay can help inject that missing expertise, connect children with local artists, introduce them to their works, and perhaps even help design some sample lessons suitable to our local context.